Harnessing Powerful Data at the Edge 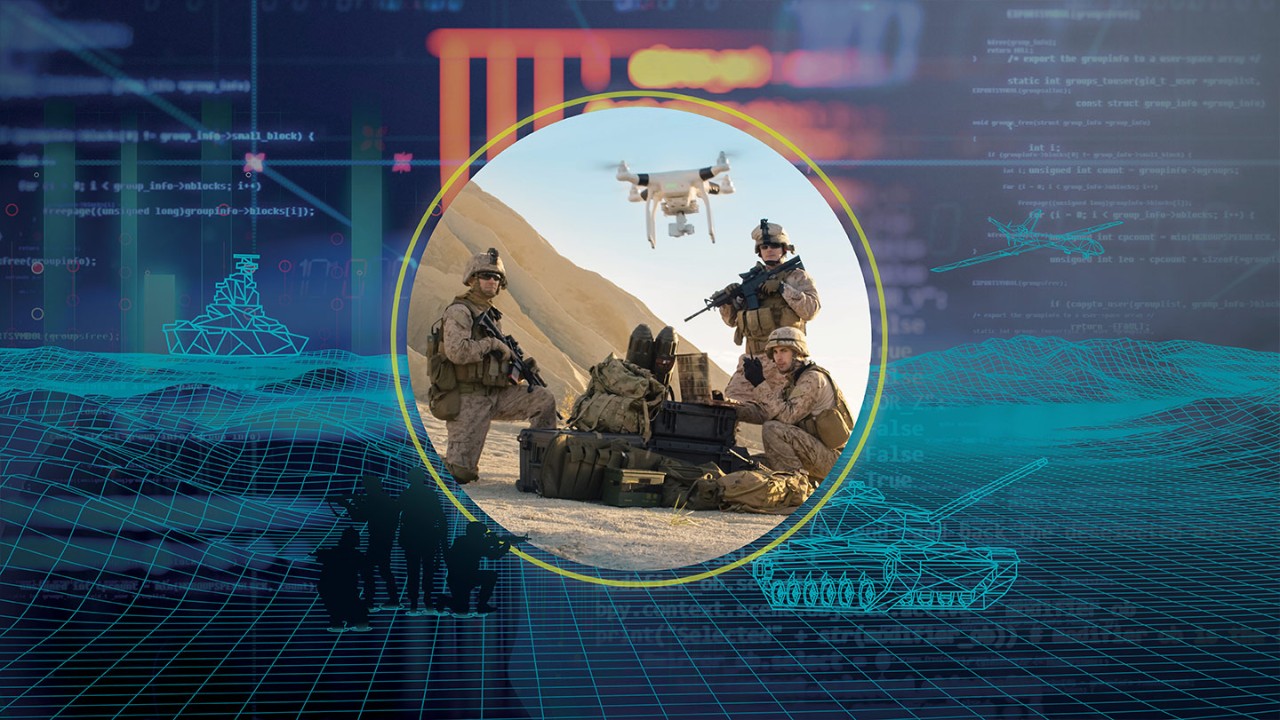 In this four-part series, Booz Allen examines the four features of the digital battlespace—open, smart, at the edge, and resilient and secure. Here in part three, we detail “at the edge”: how to harness the power of data in the field without needing access to a cloud or network.

With an explosion of data in the digital battlespace, today’s frameworks, systems, and architectures can’t keep up with the pace of information, resulting in isolated warfighters. To empower them, it’s critical to provide the ability to analyze, process, and move data in and from an available to contested environment to aid in better decision making—leading to an increase in lethality and survivability.

Warfighters are the U.S. military’s greatest asset, as shown by its “people first” stance. And to increase their survivability, warfighters need access to critical intel in contested environments, connectivity even at the tactical edge, and trusted data on which to make crucial decisions.

While warfighters have more data than ever at their fingertips, they're limited by the ability of the human brain to receive, understand, and act on this data quickly. Imagine that a warfighter observes an oncoming adversary and uses their communication device to notify headquarters of the threat. While they wait for headquarters to receive the data, check the data source, analyze and understand the data, and communicate back, the adversary notices the warfighter’s signal emission and pinpoints the location. At the same time, the warfighter’s sensors become disconnected, and the adversary jams communications to headquarters and teammates. The warfighter loses the visual and becomes immediately vulnerable to attack from the enemy while no longer receiving information on the threat’s location or actions.

Warfighters face communications challenges even between teams due to compromised sensor connections and jammed or denied communications channels. They are often totally cut off in delayed or disconnected, intermittent, low-bandwidth (DIL) environments.

While data is at a premium, understanding it is difficult because there is no way the human brain can process, analyze, and understand the data fast enough to make decisions in an instant. This lack of situational awareness can mean the difference between life and death.

A complex, global mission that maintains mission synchronization means coordination may be necessary across several military and commercial networks, using data from multiple sensors, and across a multitude of platforms and devices. But all of these data sources and communications networks bring challenges with the sharing of data and deployment of algorithms for analysis.

Data from the field is collected on sensors, captured at the ground station, copied to the operation center, tagged for analysis, prioritized for response, and then eventually sent back to the warfighter whose decisions depend on it. Any lag and latency in communications can directly harm the safety and situational awareness of warfighters on the front lines. They might not have the ability, or the time, to receive intelligence from central operations.

Given these challenges, the question becomes: How do we analyze and process data at the tactical edge in or moving in between a communications-denied environment to increase real-time situational awareness in battle?

Making Edge a Reality from Data Collection to Presentation

Given the need for warfighters to leverage data—the second most critical asset—without relying on a successful transmission to headquarters, we must look to capabilities that enable warfighters at the tactical edge: edge computing, human-machine platforms, and edge data services.

Edge computing is the computing and processing that can occur at the edge of the IT enterprise by creating ecosystems out of devices already in the battlespace using smart technologies. For the warfighter, the edge of the IT enterprise is the tactical edge—such as the soldier on the battlefield, the individual aircraft, or a satellite. Instead of sending data back to headquarters to apply algorithms for analysis, the algorithms are brought to the data on the edge device itself, where data is collected and decisions are made. This helps decrease the data-to-decision chain and maintains situational awareness for warfighters and the entire operation.

Edge happens on the human platform—through a connected suite of sensors. Imagine a warfighter with a sensor suite that provides greater situational awareness and enables faster action. Each member of the small-combat team has a sensor processing unit allowing for AI-powered data analytics at the tactical edge. Sensors gather intel and enable near-instantaneous sharing and receiving of data. The battlefield network enables communication and command and control with instant access to manned and unmanned vehicles, equipment, and sensors.

To enable this rapid decision making, DOD must employ edge data services. Government-owned application programming interfaces (API) make data accessible to enable data identification, analysis, and secure processing in real time. U.S. and coalition partners can send and share information that’s protected with powerful cybersecurity from enterprise to edge. Controls can be set up to declassify information at the point of need to inform the mission.

Powered by built-in processing and machine learning operations (MLOps), data is able to be securely processed in contested environments, giving warfighters and their squads access to data-driven insights in the most difficult communications scenarios. If analysis is too burdensome for an individual warfighter, processing power can be shared by another member of the squad—whether human or machine—to understand the data. When communications with headquarters resume, the data is shared through the federated data platform—a shared architecture across all services, enabling information distribution from enterprise to edge.

Mission Support at the Tactical Edge

For warfighters, there is a lot on the line. These individuals need to be able to access information when and where needed to make quick and accurate decisions—both for mission success and for the security of themselves and their teammates.

Remember the warfighter scenario previously described? This time imagine that same warfighter, but with the ability to collect, analyze, and process that same data at the tactical edge, without expending time or resources or creating a radio frequency signature to send the data back to headquarters in order to understand and act on the information. Using a connected system of wearable devices, the warfighter collects data from the battlespace and rapidly analyzes intelligence to inform the best course of action.

In the future, edge-enabled digital battlespace, warfighters will:

As warfighters continue to be placed in vulnerable situations—isolated without the power of data—the ability to provide them with full situational awareness is within reach. Applying solutions from edge technologies, already available within commercial capacities and already being deployed by the U.S. military, we can continue to transform warfare and give the United States a competitive advantage using the power of data. 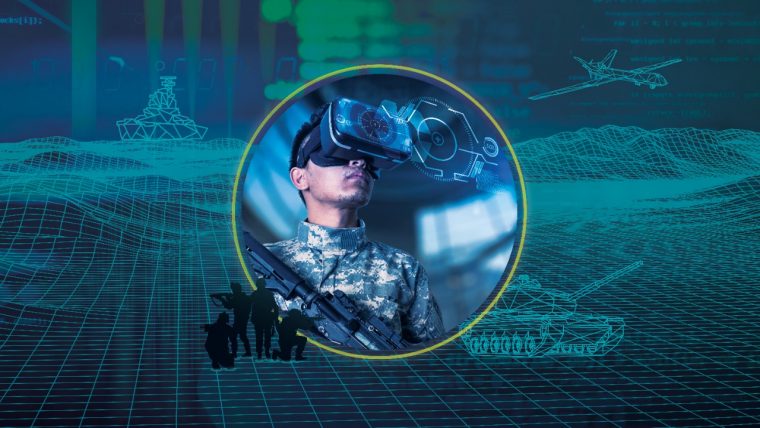 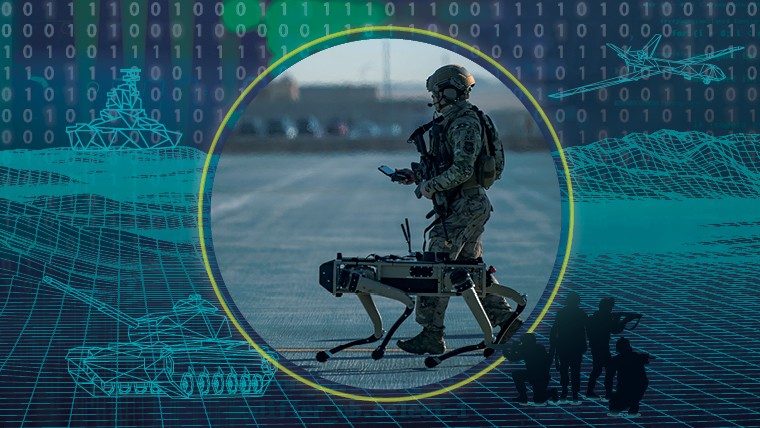 Download our report on Digital Warrior solutions—mobile tech for warfighters at the tactical edge. Read More 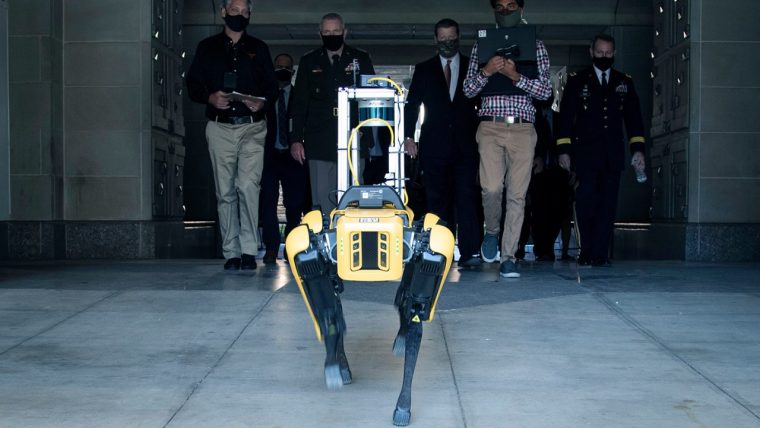 See how robots will become trusted teammates for combat teams on the front lines. Read More 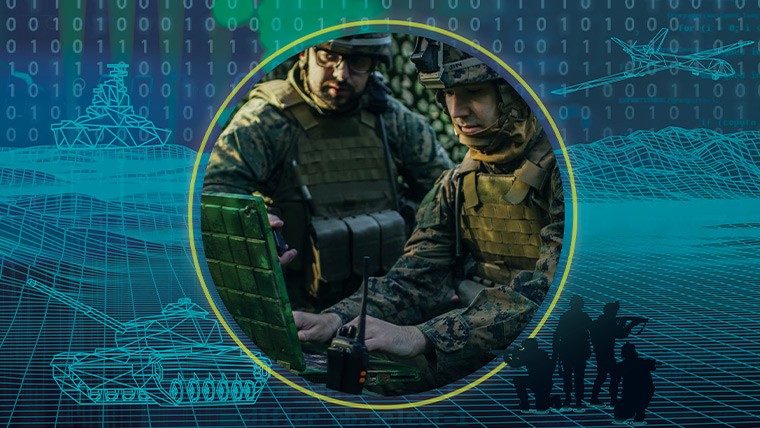 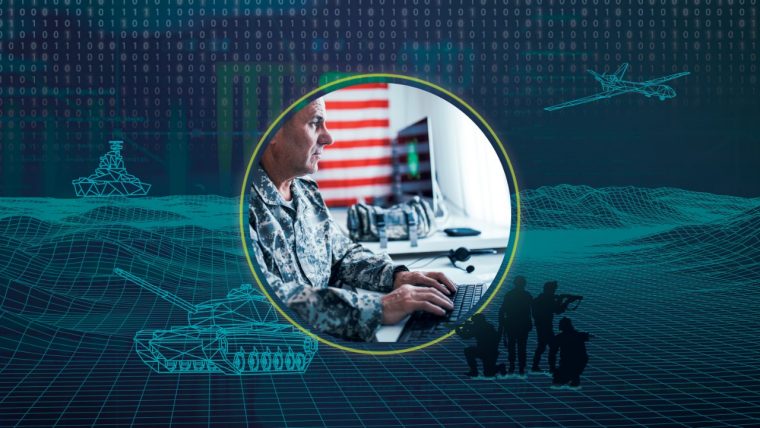 Prepare for the future of warfare with DOD-owned open systems. Read More