Europe and the United States have a unique and lasting bond. Since the dawn of the 20th century, it’s a connection shaped by shared values, allied interests, and trans-Atlantic security and commerce. For nearly as long, Booz Allen has been an integral part of European strategic and technological achievements.

Step back to just after World War II. During the North Atlantic Treaty Organization’s (NATO) formative years, Booz Allen helped the U.S. government and NATO countries adopt technology and management processes to strengthen new international partnerships. Fast-forward to the 1990s. Our people played a key role in advanced train control systems for the Docklands Light Railway in the United Kingdom, linking its financial districts with a successful urban mass transit system. More recently, we’ve supported the 15-country consortium of the European Space Agency in its manned space program and participation in the International Space Station.

Today, new threats are looming. Cyber attacks, domestic and transnational terrorism, and heightened aggression from opposing countries jeopardize national and economic security across Europe. Our teams of experts work shoulder to shoulder with clients—making their mission of deterrence and defense our mission. In addition to supporting government clients, we provide complex cyber transformation to the European operations of commercial companies we serve in the U.S. and in Asia Pacific.

Booz Allen’s European client base spans continental Europe, Eastern Europe, the United Kingdom, and Africa. Our most significant presence is in Germany—Europe’s largest economy and a key member and funder of NATO programs and budgets. Our Europe-based employees deliver a broad range of mission-essential services supporting the U.S. European Command (USEUCOM), U.S. Africa Command (USAFRICOM), and their service component commands.

Stuttgart, Germany is home to our regional headquarters. We serve clients in over 15 locations across Europe, with most of our people working in Germany, the United Kingdom, the Netherlands, and Italy.

We work together with our clients in Europe, delivering comprehensive capabilities and deep expertise in several key areas.

We help our clients unlock the potential of untapped and underutilized data already at their fingertips—building analytical capabilities, management strategies, technological know-how, and methodologies.

With more than 50 years of experience in military and corporate wargaming, we design exercises that give clients a safe environment to share unique perspectives, test and implement ideas, and see how they play out in adversarial settings.

We design communications products and engagement strategies in line with our clients’ objectives, and evaluate performance to ensure messages are clear and consistent every time. 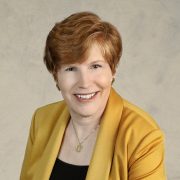 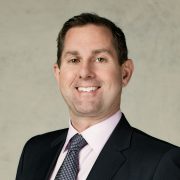 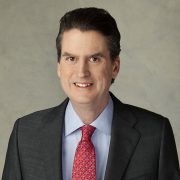 Your destination: Europe. Imagine protecting our country and our European allies, all while living abroad. Ready to promote a safer, more peaceful world? Browse our open jobs and do the most important work of your life.