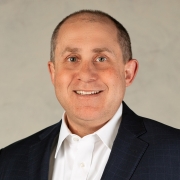 Sean Memmen manages and supports the development and delivery of assured positioning, navigation, and timing (PNT) solutions for ­­­our clients within the Department of Defense (DOD) and the private sector. His team is focused on exploring resilient PNT and other technologies to aid in the development of navigation warfare capabilities for government and defense clients.

Prior to joining Booz Allen, Sean had a 26-year naval career which he began as a Merchant Marine deck officer before joining the U.S. Navy as a deputy navigator. In the Navy, he helped lay the groundwork for a new paperless navigation system, GPS modernization, and fielding complementary PNT technologies such as improved clock and automated celestial navigation systems. He also charted the course for the development and refinement of PNT within the Navy and DOD, directing the creation of PNT strategies and resources that continue to strengthen the Navy’s preparedness and warfighting capabilities.