How One Military Family Found a Home at Booz Allen 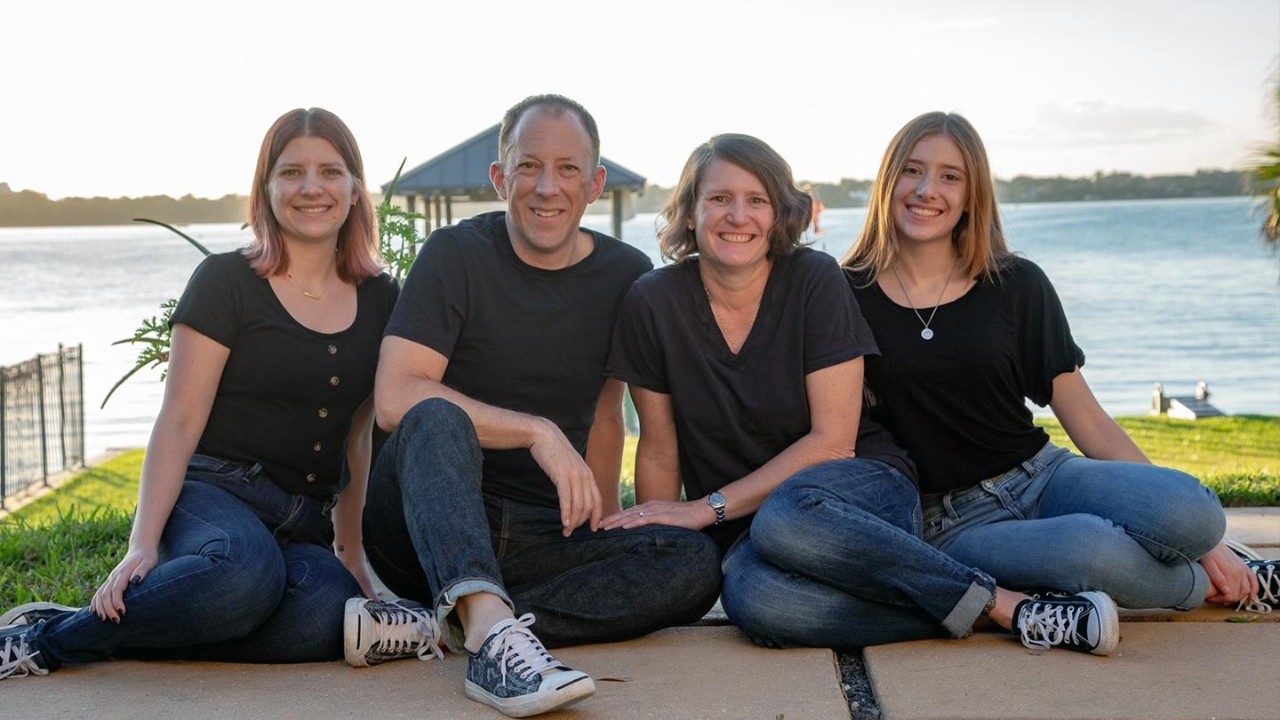 Shelly and Ash Holland are spouses, parents, and Air Force veterans with more than 50 years of service between them. Shelly supported intercontinental ballistic missile (ICBM) operations and technical engineering, radar cross-section testing, and space situational awareness programs. Ash worked as an ICBM and Space Control operator, instructor, and evaluator as well as a test manager, director of operations, and commander.

“Booz Allen delivers successful mission-oriented solutions and services in large part because of the skills, knowledge, and expertise our talented military employees bring. We’re committed to recruiting the best military talent and providing them with the resources and support to thrive. It’s a win-win.”

When it was time to transition to the civilian workforce, both of their paths led to Booz Allen, regularly named among America’s best employers for veterans.

Flexibility and Understanding During a Challenging Time

In 2017, when it was time for Shelly to retire from the Air Force, Booz Allen was at the top of the list for a civilian employer. “I liked the alignment of my personal values with the ideals of Booz Allen,” she said.

Shelly’s military transition came during a particularly challenging time in the Hollands’ family life. Not only were they sending their eldest daughter off to college, but Shelly was also diagnosed with breast cancer soon after she began the retirement process.

“Booz Allen gave me the time to go through treatment and recovery before I had to start full time.”

The firm’s support continued once Shelly was on board at the El Segundo, California, office. “My mentors were very involved with helping me find my way in the first few weeks,” she said. “That, plus hiring in at the level I was qualified for, enabled me to balance my family and personal needs.”

“Even just a few months after starting my job, I was able to drive my daughter to college in Washington State and focus on her,” she said.

“I watched how Booz Allen treated Shelly as she transitioned from active duty to the civilian world,” Ash said. “They worked hard to make sure she was in the right position.”

When it was his time to retire from military service, Ash interviewed with several large companies and realized there was “really no other company that stuck to their values and principles like Booz Allen.” According to Ash, “there was no other company I was excited to work for.”

In 2021, Ash participated in the Air Force Skill Bridge program, one of Booz Allen’s many initiatives with longtime partner Hiring Our Heroes. “It was a great way to experience Booz Allen culture while at the same time getting a glimpse at the work Booz Allen is doing both in and out of the Department of Defense.”

During his internship, Ash spent a lot of time working with the Booz Allen recruiting team and sifting through job requisitions. This led to work with NASA and the Artemis program.

“I’m proud to say I’m going to be a part of putting Americans back on the moon,” he said. “Booz Allen was able to look at my experience and make sure they found the right job that aligned with my particular skillset.”

“Booz Allen is the kind of place you can be your best and stay true to the values and ideals that were so important in the military,” Ash said. “It’s the chance to learn, grow, and work with some amazing people. I don’t put on a uniform every day, but I still feel like I’m doing something that is contributing to keeping the country strong and making a difference.”

“Values matter. We are a values-based organization, and when we make the right decisions—supporting our talent—it matters to them, and it benefits our clients in the long run,” said Andrea Inserra, leader of the firm’s Aerospace account, which the Hollands are aligned to. “When our leaders supported Shelly in her transition to Booz Allen, that allowed us to not only retain Shelly, but gain Ash as well."

Today the Hollands live and work in Cape Canaveral, Florida, with Shelly supporting Space Command and Control and Ash working remotely for the Artemis mission. It’s an arrangement that works for their careers and their lives.

“My family is here, and Shelly’s family is less than a day’s drive away,” Ash explained.

In addition, the Hollands’ youngest daughter will be able to graduate from the same high school she started attending 4 years before.

“Having grown up in the Air Force and moved during my high school years, it was important to me that both my girls were able to start and finish high school in one place with the same friends,” Ash said.

“Booz Allen wants you to take care of you and take care of your family, and they give you tools to help ensure you are the best you can be both at work and at home,” Shelly said.

Read more about how Booz Allen supports the military community and the firm’s ongoing support of NASA and critical space missions.