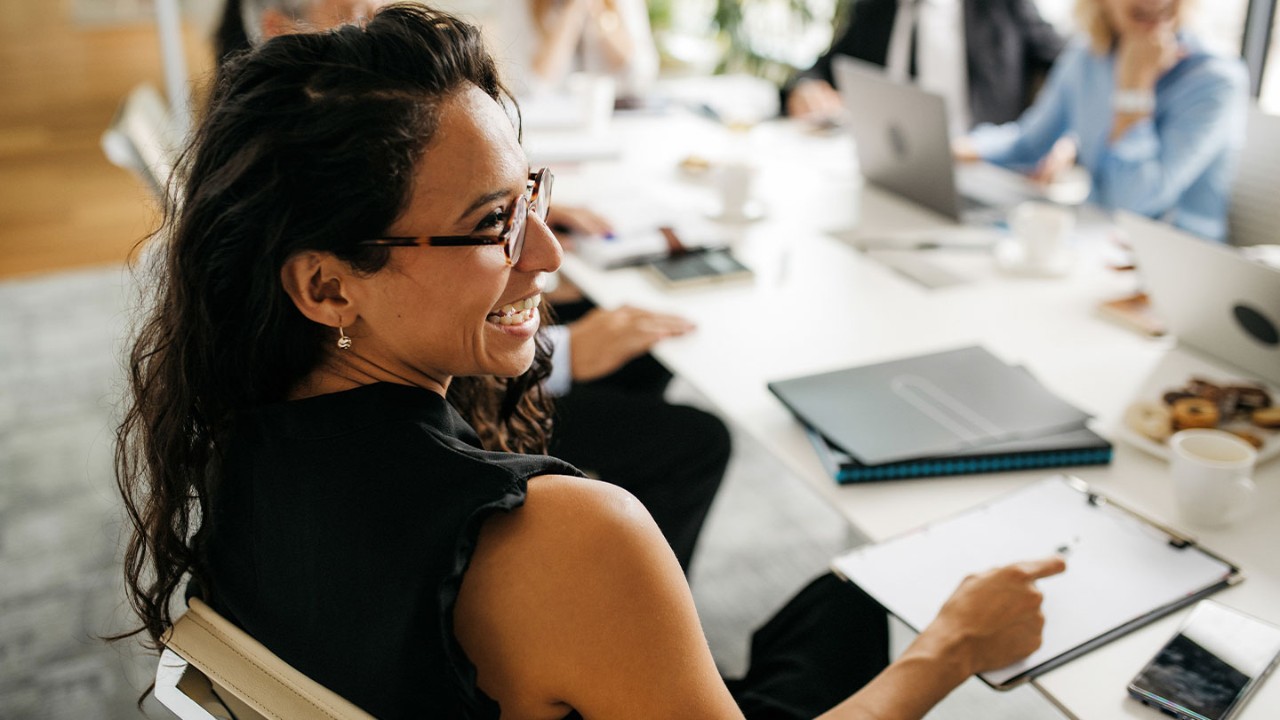 A time of personal reflection and firmwide connection

“Who is a Hispanic or Latino hero, activist, icon, or leader I look up to? How do you pick just one? We’re such a great community of awesome people.”

Every year from September 15 to October 15, National Hispanic Heritage Month celebrates the cultures, histories, and accomplishments of U.S.  citizens whose ancestors come from Central and South America, the Caribbean, Mexico, and Spain. For this year’s celebration, under the theme “Inspiremos: Inclusivity and Belonging,” Booz Allen employees recognized the people who inspired them throughout their careers and lives.

For Booz Allen’s Alma Luna, co-chair of the firm’s Global Latin American Network (LAN), the Hispanic or Latino hero, activist, icon, or leader she looks up to most is Supreme Court Justice Sonia Sotomayor.

“As a first-generation immigrant of Latin American parents from El Salvador, her life and work certainly influenced me,” Luna said. “She’s strived for the highest court in the land, so it makes me feel like the sky is the limit for myself.”

John Perez, who came to Booz Allen after 30 years in the Navy, cited a master chief petty officer and early mentor who emphasized that “no matter how bad the situation, there was always a lesson to be taught.”

“I didn’t respond very well to authority or structure in the beginning, so there were a lot of one-on-ones,” Perez said. “But they weren’t the typical old-school military, ‘Close the door for 5–10 minutes of yelling.’ When I left the room, I felt more like, ‘I let my father down.’ That to me was more impactful. It just made me strive to be better, and as I continued my Navy career and now civil career, that’s something I kept within me.”

“He inspired me to do something,” Rodriguez said. “I’m an event planner, which means I’m really good at planning and coordinating logistics, and I'm definitely a problem solver by nature, so I put myself to work.”

She reached out to family members across the country to host fundraising events “from DC to San Francisco. In the end, we raised thousands of dollars and provided supplies to hundreds of people and we were able to donate funds to the important organizations doing the work,” she said. “It continues to inspire me to not let anything stand in my way from helping when I can. There’s so much that we can do just by using our gifts, and José Andrés is just the perfect example of somebody who did that.”

A Month of Inspiration, Empowerment, and Celebration

“Hispanic Heritage Month is an important time for me and my family as we are a blend of cultures from Puerto Rico and Colombia,” said Jeniffer De Jesus Roberts, LAN executive sponsor. This month, “we have a calendar full of enriching events that were developed to inspire, empower, and really celebrate our rich contributions.”

With a focus on career development, community engagement, giving back, and more, activities include:

LAN purposefully designed the month’s agenda to engage regional chapters from across Booz Allen including:

There is no one size fits all approach to celebrating Hispanic Heritage Month—as the month is meant to celebrate the people, ideas, culture, and impact of those in Central and South America, the Caribbean, Mexico, and Spain. Here, employees share their connection to the month and what it means to them:

Learn more about  diversity, equity, and inclusion at Booz Allen, listen to the Booz Allen Unstoppable podcast on “Hispanic Heritage Month Heroes,” and learn more about the firm’s Latin American Network, which is part of the Multicultural Business Resource Group.