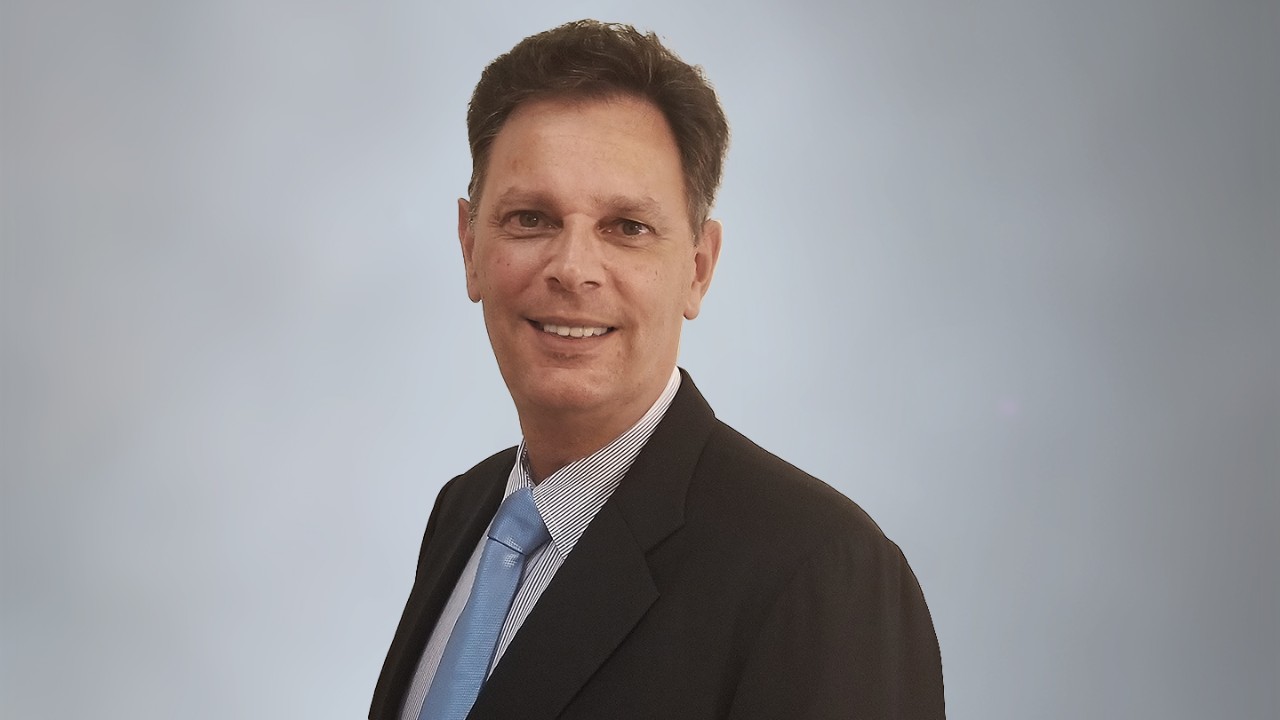 The U.S.-Japan defense relationship is multifaceted, high-stakes, and critical to both nations and the world at large. Threats abound, from North Korean ballistic missile launches and nuclear tests to conflicts over the East China Sea. Japan’s economy, the third-largest in the world, is highly dependent on maritime commerce. And more than 100,000 U.S. Department of Defense (DOD) and military personnel are stationed in Japan to protect U.S. national security and to support Japan’s Self-Defense Forces.

“The U.S.-Japan alliance is the cornerstone of security, peace, and prosperity in Asia,” said Anthony “Tony” LaVecchia, who leads a team of Booz Allen national-security experts. “We do things on a daily basis with the Japanese from a security standpoint, from our ships sailing together and fueling at sea, to conducting other types of maritime operations together. Intelligence underpins all of these activities.”

LaVecchia knows those activities from experience. He served in the region for over three decades, most recently as the highest ranking uniformed DOD intelligence official in Japan, representing the joint forces and the entirety of the DOD intelligence enterprise.

For his contributions and years of continued support to strengthening the relationship between Japan and the United States on National Defense, the government of Japan recently recognized LaVecchia with the Order of the Rising Sun, the third-highest honor bestowed by the Japanese government and a recognition approved by the nation’s emperor. 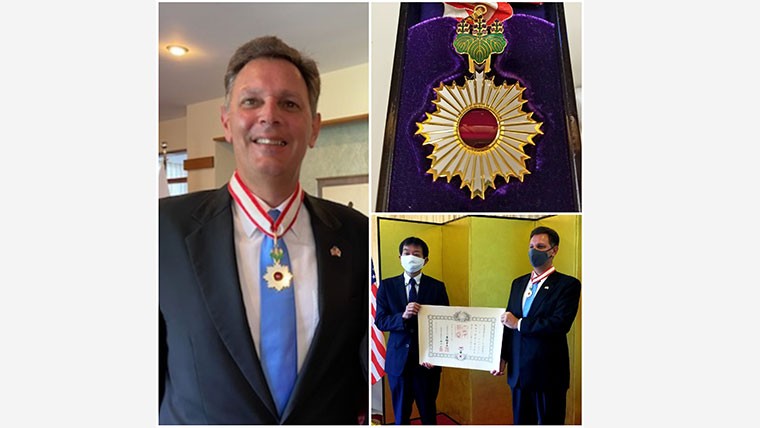 Established in 1875 by Emperor Meiji, the Order recognizes people who have made distinguished achievements in promotion of Japanese culture, advancements in their field, development of welfare or preservation of the environment, or, in LaVecchia’s case, national defense.

“The Japanese are some of our closest partners from a national security standpoint. To be recognized at this level is really humbling,” LaVecchia said.

LaVecchia joins a roster of honorees that include former Australian Prime Minister Julia Gillard (2021), Bill Gates (2020), and actor George Takei (2004). Other recipients from the defense and military worlds include Hawaii Senator Daniel Inouye (2000), Deputy Secretary of State Richard Armitage (2015), and Ret. Admiral Dennis Blair (2001), who served as Director of National Intelligence from January 2009 to May 2010.

LaVecchia’s honor recognizes his contributions to strengthening the U.S.-Japan relationship in national defense. He completed three assignments in Japan, spanning the early 1990s through 2018. During these assignments, he worked in areas including maritime security, information-sharing, and counterintelligence, and was a key player in helping Japan’s defense and intelligence communities build their understanding of unmanned aerial systems—specifically processing, exploitation, and dissemination (PED) capabilities. 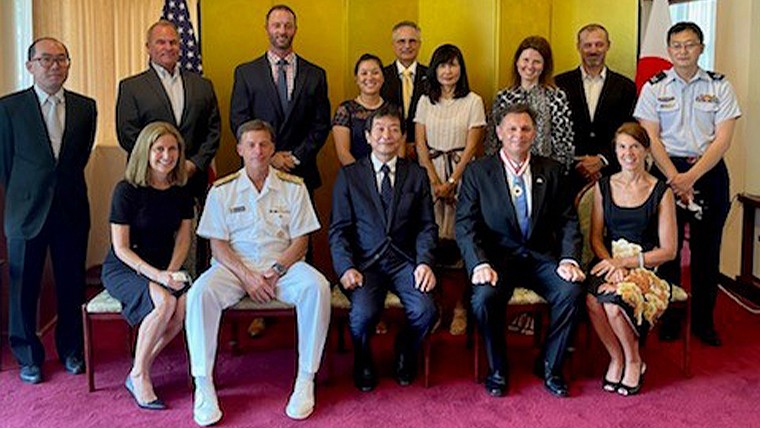 An Interest in Intelligence Leads to an International Career

Family tradition and a sense of patriotism led LaVecchia to join the U.S. Navy. He began his Navy career as a pilot but soon transitioned to intelligence, which became his main focus in a career spanning more than 30 years.

“What I liked about intel and still do is that it’s so broad and varying. It’s not focused in on a specific type of issue,” he said, citing work in areas such as signal intelligence collection and support to anti-terrorism, counternarcotics, and Naval Special Warfare.

LaVecchia has also enjoyed the journey along the way. Throughout his naval service, he and his wife lived and traveled extensively throughout the Asia Pacific region, exploring landscapes, experiencing new cultures, and sampling regional cuisines.

This summer found the LaVecchias in Hawaii and marks his third year with Booz Allen. “I use my deep understanding of the Asia Pacific region and DOD operations to support Booz Allen’s Navy and Army clients in areas like intelligence and maritime security,” he said. “The journey may not always look the same, but it continues nonetheless.”

Learn more about Booz Allen’s work in the IndoPacific region and careers at Booz Allen.