So you're considering taking your systems engineering team into the world of digital engineering—inspired by the benefits of a digital thread, encouraged by Department of Defense (DOD) policies, or a little of both. What should you consider before putting in that first request to a potential environment host like Cloud One?

Here are key principles that can help smooth the way for your digital engineering environment.

"We've learned a lot over the past 15 years as we transitioned from having tools on laptops to putting tools on a central server, to having multiple offices on one server, to commercial clouds—and then adding a whole layer of cybersecurity on top," says Leonard Brownlow, lead digital engineer in Booz Allen's aerospace business. "We learned the hard way so our clients don't have to." Below are some pointers we give clients up front. 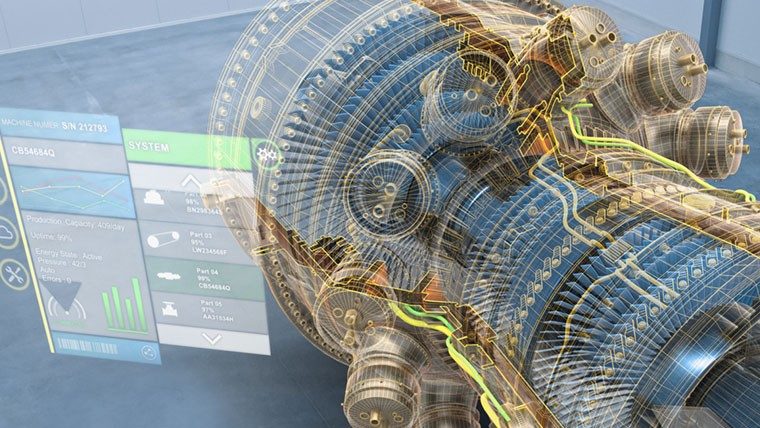 Know What You Want to Do

"Our #1 recommendation would be to do a basic CONOPS [concept of operations]," Leonard says. "Think about some use cases, what you want out of your environment, and how you want it to interact with other environments. Knowing what tools and integrations you want will save a lot of headaches downstream.”

Among the elements to consider:

Know all the tools you need before starting the onboarding process. The directive from the Air Force’s Chief Information Officer to use Cloud One has resulted in a flood of requests from organizations wanting to set up their digital engineering environments. "We have seen organizations trying to tackle this task spend 9 to 12 months just to get a single tool up and running in the cloud," says Leonard. "At the end of that, you don't want to remember, 'Oh, I really wanted a few other things'—and then have to wait another 6 months or so to get things deployed, accredited, and updated."

Avoid siloed data. Cloud One will allow you to leverage multiple commercial cloud services—Amazon Web Services, Microsoft Azure, and Google. You may assume that means you can, for example, host your tools and programmatic environment in one cloud environment and access your digital engineering environment in a different cloud environment. Yet that creates a cybersecurity issue requiring agreements from each cloud owner to resolve. "You don't want to create two silos of data," Leonard says.

Keep in mind—cloud compute is expensive.  If your teams will focus on modeling and simulation, you may want to consider a hybrid environment allowing computation to be conducted on local computers. Otherwise, you'll end up paying by the second for processing. "That really adds up over the lifetime of a project," Leonard points out.

Expect configuration complications. "It can be amazingly complicated to deploy software in a cloud that wasn't intended to be in a cloud," says Leonard. Transitioning to an environment where a Security Technical Implementation Guide (STIG) secures the protocols creates the complexity. "Navigating the connectivity of these tools within hardened containers in a STIGGED environment is tough," he says. In addition, you're dealing with:

In addition, he notes, aspiring to create a digital thread increases the number of tools people want to integrate.

See our checklist of the top 10 things to consider.

Want a Rapidly Deployable Environment? Use Ours.

Getting a Cloud One account, setting up the infrastructure, configuring tools, and getting it all accredited—it's a lot to take on. To help our clients get up and running faster, we've replicated our digital engineering environment. This allows defense organizations to use the same tools we've already configured and taken through the accreditation process.

Our solution has two parts: the infrastructure and the tools.

We can help you stand up an infrastructure-as-code solution, allowing you to rapidly deploy a working environment inside the cloud. It comes with different security boundaries and zones for management and production already set up, giving you everything you need to begin deploying your tools.

We've packaged our own tools to give clients a proven suite—one that we help clients integrate and deploy rapidly. Dozens of clients are using these tools, proving the suite's utility for initiatives from modernizing legacy systems to developing new programs requiring a complete digital thread to enabling digital twin creation.

"We've built up a wealth of experience going through integration in various iterations for differing client goals," Leonard says. "For example, we've built up extensive documentation on how to configure tools in the cloud so they work as intended—including scripts to speed the process."

Booz Allen's industry-leading cybersecurity expertise allows us to accelerate configuration from a holistic perspective. We understand how to configure servers for cyber compliance—locking down permissions for users and applications, setting controls, and understanding the implications of each option.

Benefits of working with us include:

"You can't just deliver tools and expect a team to run with them," Leonard says. Our digital engineers provide dedicated training for client organizations so they can take advantage of what we've learned.

"We've adapted our own internal training class for client use, which gets them up to speed on methods quickly," he says. "On top of technical training, we help them avoid cultural obstacles so they get the full benefits of digital transformation."

For example, we work with clients to develop custom style guides and templates. "For example, some like to use SysML [systems modeling language] as a base... but there are lots of ways to implement it. We advise programs to pick a single method and have everyone on that program use the same identical method. We capture that in the style guide, aligned to the products they're developing."

Our experts also offer systems engineering patterns to get clients started quickly on various application types—software-centric, system design, enterprise architecture—so teams can be more productive out of the gate with less hassle. "For example, we have templates that direct models to populate their data in accordance with military standards," he says.

We've Been There. We Can Help You Get There Faster.

"People tend to underestimate how difficult it will be to set up your environment," says Leonard. "You have all these tools that you've deployed rapidly on a local server, and you think you can move them into the cloud easily. But with that secure environment, all sorts of new hurdles appear that you have to navigate—and that's where we can really help." 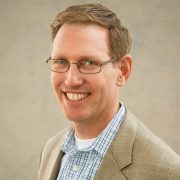 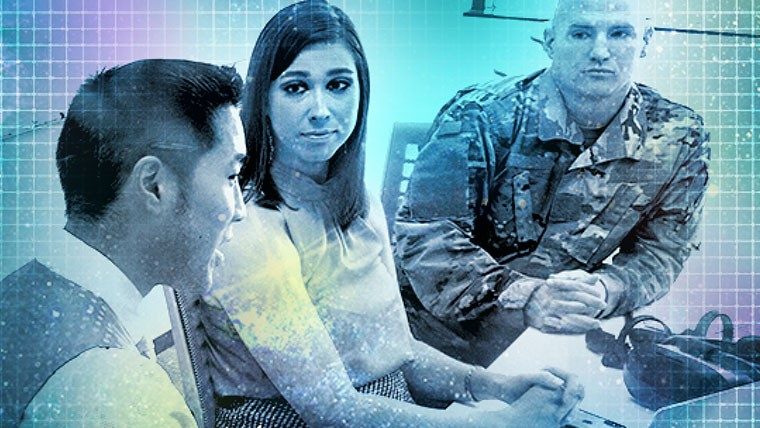 Is your project complex enough to require digital engineering? Our experts weigh in. Read More 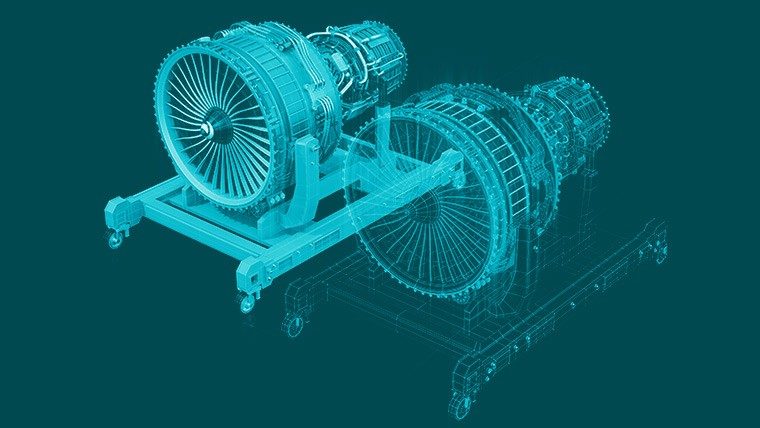 Digital twins are helping organizations get ahead by reimagining their approaches to design, planning, and operations. Read More 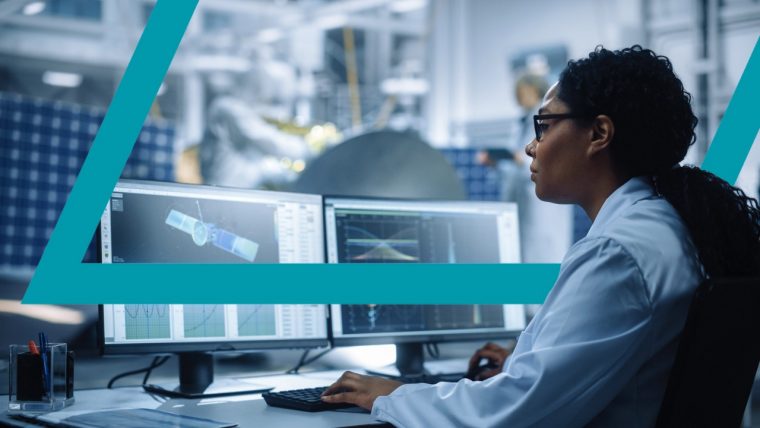 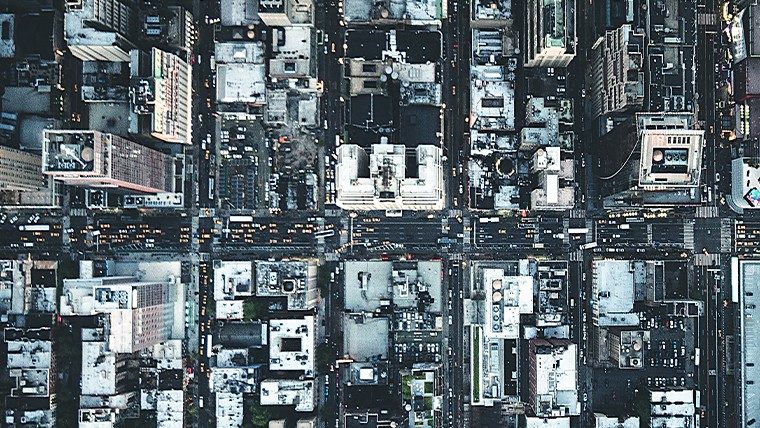 Urban air mobility, through the use of unmanned aircraft systems (UAS), will change the way we explore the world. Read More