Bringing Our Best to Texas & Florida

Harvey, which slammed into Texas’ shores on Friday, August 25, will go down in infamy as one of our nation’s most destructive storms. Nassau Bay was among the many communities overwhelmed by massive flooding.

Bob, a Booz Allen mechanical engineer who works with NASA, spent the next five days living at the fire station working 20-hour search and rescue shifts. Manning a jet ski during the day and a high-water truck at night, he and his fellow volunteers—including several Booz Allen employees—rescued about 80 people and 20 animals.

“They captained rescue boats. They donated clothes. They staffed emergency shelters. Wherever they saw need, they rushed to fill it.”

Bob’s story is just one example of Booz Allen’s community of support stepping up to aid those struggling in Harvey’s wake. A passion for serving others—through supporting government missions, or volunteering for important causes—is a defining quality of our workforce.

Booz Allen Army operations expert Doug Martin, a resident of central Texas, knew he couldn’t sit idly by and watch news coverage of the disaster roll in. He connected with his fishing buddies, loaded up on bottled water, and organized a trip—fishing boat in tow. Two days later, he was in the impact zone, working with a local group to bring stranded citizens to safety.

As Texas residents were still reeling in Harvey’s wake, Hurricane Irma began gaining strength, churning in the warm waters of the Gulf of Mexico—her sights set squarely on the islands of the Caribbean and Florida. The storm, which prompted sweeping evacuations, barreled into the sunshine state on September 10, causing widespread flooding and structural damage.

In southern Florida, where we have about 30 employees supporting military clients such as the Special Operations Command South, Booz Allen South Florida market lead John Perez was impressed with how his colleagues prepared and responded. “Everyone was involved with preparation or clean up in some way,” he says. “Checking on neighbors, helping each other put up storm shutters and bring in lawn furniture, assessing damage for people who had evacuated, pitching in to clean up debris and downed trees—for those of us who live with hurricanes, this stuff doesn’t seem special or courageous. It’s standard behavior. You do it without thinking.”

Ann Marie Vourlos, who supports our cyber team, evacuated from her post in Bonita Springs, Florida, where she’s been caring for her parents. A full-time resident of Maryland, Ann Marie is accustomed to hurricane activity—she weathered Sandy and Isabel—but was worried about the possibility of Irma’s 10-foot storm surges.  “We live three miles from the beach. We expected the house to be underwater,” she says.  Thankfully, the storm lost strength and the house was spared, but Ann Marie is eager to offer her assistance on the ground. “We realize how fortunate we were,” Ann Marie said on a recent phone call on her way back to Florida. “There are many people who were not. That could easily be us.”

Andrea Tennison, a Booz Allen emergency management expert, coordinated the ongoing effort to ensure that the hundreds of employees who live in the affected regions receive much-needed assistance.

During each storm, she and her team activated our emergency alert system to tag up with all vulnerable employees. When some didn’t respond, Andrea personally called them to ensure they were out of harm’s way.

Working with our travel specialists, she provided hotel rooms for several employees who evacuated to shelters. When one in Texas needed a ride between the shelter and her hotel, Andrea asked local teams for assistance. Ted Sutton, a counter-improvised explosive device expert who supports Booz Allen’s Army clients, hopped into his truck and took necessary detours to make the journey through Houston-area flooding.

“From leadership to people on the ground, I’ve seen everyone put people first,” Andrea says. “It’s at the core of who we are. We have a fundamental desire to know our people are OK. If they’re not, we do what’s necessary to get them help.”

When Booz Allen announced it would match employee contributions to the American Red Cross Disaster Relief Fund up to a total of $50,000, employees exceeded the goal within hours. Inspired by their generosity, leadership raised the match to $100,000, which employees exceeded within 72 hours of the campaign’s launch. Through the corporate match and donations from employees as far away as Lebanon and Japan, the Booz Allen community donated nearly $250,000 to disaster relief. “It’s a great feeling to know we have support from the entire company,” says Steve Wright, a leader in our Houston office.

As waters receded, Steve and other local employees visited the homes of colleagues devastated by flooding. There, they joined forces with friends and neighbors to pull up destroyed carpeting, tear out ruined dry wall, and dispose of sodden insulation—whatever they could do to assist with clean up.

“It’s hard to ask for help, so we didn’t wait for that to happen. We just showed up and got to work. People were tremendously grateful,” Steve says.

Steve and his colleagues also volunteered in other ways during and after the storm. They captained rescue boats. They donated clothes. They staffed emergency shelters. Wherever they saw need, they rushed to fill it.

Booz Allen military training expert Amy Plimpton has weathered a few hurricanes from her home near Jacksonville, but preparation for Irma felt a bit different. “I have never been so prepared to ride out a hurricane thanks to my co-workers Mike Clay and Ted Turnley, she says. "Each offered up their homes in the event I did not want to stay alone.”

The group lent each other supplies—a gas grill, two propane tanks, and a water cooler exchanged hands—and came up with a communication plan to cover all contingencies. They kept in constant contact via text message to ensure everyone’s safety. A missed message even prompted Ted to brave the wind and rain to check on Amy.

In response to Irma, Booz Allen is matching an additional amount in employee donations to an expanded selection of charities providing immediate disaster relief and long-term recovery support.

It’s a source of pride to see our leaders and employees coming through for their colleagues and communities in this time of need, but it’s not a surprise. People come to Booz Allen to improve the world by providing creative solutions for its toughest challenges.

Coordinating our disaster response, Andrea saw that ingenuity on display. “No one is letting their usual roles constrain them,” she says. “No one’s saying, ‘that’s not something we typically do.’ People are thinking as far outside the box as necessary to find ways to make sure their colleagues are OK.” 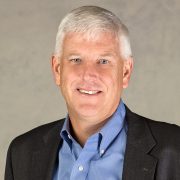