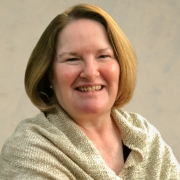 Prior to joining Booz Allen, Ann served at the National Security Agency (NSA) for more than 30 years. As deputy chief of the Counterterrorism Target Office, she focused on developing new technical analysis and collection techniques to discover and exploit terrorist targets. As chief of targeting strategies, she led operational responses and capability development. And, as election security lead, she orchestrated response to cyber threats against election infrastructure and foreign-led attempts to influence the U.S. electorate.

Ann also served in a joint duty role as head of the Collection Integration Group at the Office of the Director of National Intelligence where she provided guidance for intelligence planning and Intelligence Community integration. Early in her career, she was a radio frequency design engineer, with a focus on adversary communications, and she developed significant expertise in safeguarding cellular and satellite systems as well as computer-based networks.

As a dedicated supporter of diversity, equality, and inclusion, Ann established a PFLAG chapter in Annapolis, Maryland, to provide vital support services to LGBTQ+ youth who are often at risk.