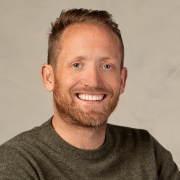 During my childhood, my father was head of government relations at Nissan North America, and I always admired his work on Capitol Hill. I didn’t understand at the time, but certainly do now, that what makes a leader a leader is their authenticity in speaking truth to power.

My father worked hard to convince his bosses in Japan that if they were going to make a difference in the U.S., they would need to open up their first North America plants. They opened two under his tenure.

He passed away 10 years ago, but I ask myself daily when I walk into work, how would my father have approached my position and how would he lead?  He’s my guidepost for leadership.

Brian has 20 years of experience in commercial and government consulting across a number of industries, including healthcare, e-commerce, finance, and defense. He has led numerous $100M+ capture efforts and is an expert in lean business operations, enterprise transformation, and innovation maturity programs.

During his time in San Francisco, Brian also built and led Booz Allen’s hackathon strategy. He organized and led numerous hackathons in support of clients such as the White House, Department of Veterans Affairs, Health and Human Services, and the U.S. Navy’s HACKtheMACHINE digital experience, the largest DOD hackathon in the world. In 2017, HACKtheMACHINE won the Secretary of the Navy Award for Innovation Catalyst.

Prior to joining Booz Allen, Brian led sales organizations both in New York and Washington, DC, focused primarily on software, hardware, and telecom implementations. He moved to Manhattan in 2001 and worked with Fortune 500 companies worldwide to expand their business as the internet was expanding.

For more than 35 years, Brian has worked to help patients afflicted by cystic fibrosis, raising funds for a cure and serving as a national spokesperson for the disease.

Brian earned his B.A. in communications and journalism from James Madison University.

What are the three most pressing needs in government technology support? First, we must make it easier for our military to access the best and brightest talent and technology from Silicon Valley and other innovation hubs.  We opened up our San Francisco iHub to do just that. Second, we must build a more capable and robust learning community for the study of AI and it’s applicability in the public sector.  Understanding it’s ethical use across mission sets in the Federal Government is a critical need. Third, we need to train and work alongside our clients to make them highly capable of deploying mission-critical software in an agile fashion. I’m proud to say, we’ve stood alongside our clients in all three areas in our innovation hubs.

Why are you passionate about technology innovation? I’m extremely passionate about the role tech plays in government as it impacts better citizen services and supports our troops on the front lines. There is no reason our government and military should be at a disadvantage because of technology limitations. We have to remove any barriers we can to make sure these agencies run as efficiently as possible.

What makes you excited to come to work every day? First and foremost are my teams. I love watching them learn, apply their skills, and work together on tough issues. I also love new challenges and getting to learn new disciplines. I would not have such opportunities anywhere else. Last but not least, our clients. In my eyes there’s no more admirable work than supporting our civil servants and their missions.

How do you and your teams inspire each other to do consistently excellent work? I like to advocate for more time to make decisions, to get comfortable in those decisions, and sometimes, even question those decisions. To be excellent, we don’t have to be 100% perfect all the time. One gains great freedom when there is safety in making mistakes. I’ve learned a great deal through watching my teams make and question their own tough decisions.