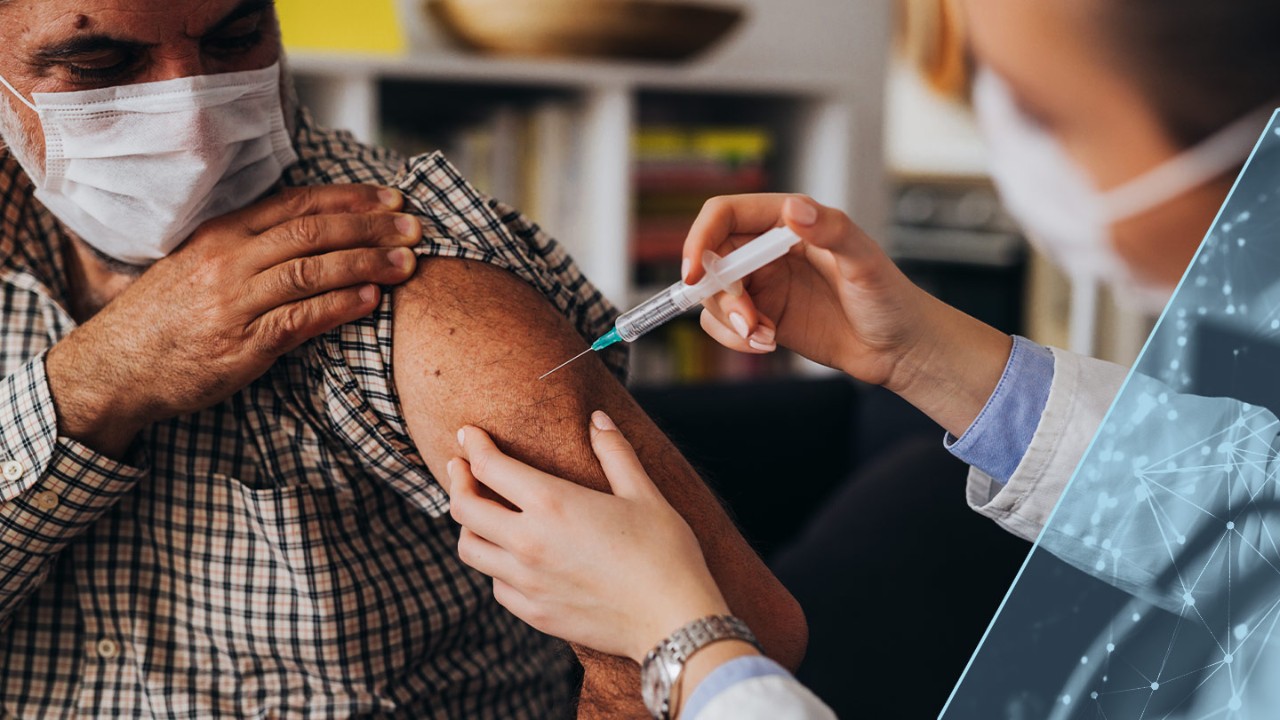 While the Federal Government is committed to executing a comprehensive COVID-19 vaccination campaign, the distribution of vaccines falls individually on state and local government support. In our blog series on the vaccine rollout, Booz Allen’s Chief Medical Officer Kevin Vigilante and our health experts examine best practices and lessons learned from across the health landscape, including potential strategies and approaches that could help state and local governments improve vaccination rollouts.

States with mostly rural communities—such as North Dakota, West Virginia, New Mexico, and Alaska—have vaccinated a higher proportion of their population for COVID-19 than states with more urban communities, according to State Department data. By making important decisions about vaccination distribution and logistics early on, states with the most geographically dispersed populations outperformed the rest of the country in their initial vaccine rollout.

Here are four best practices that have fostered their success:

1. Use a top-down approach and streamline registration.

Take West Virginia, for example. Authorities deployed the National Guard in November 2020 to develop and implement a centralized operations command center focused on interagency communications within the state. They, among only a handful of other states, launched a centralized pre-registration website, like those first implemented in New Mexico, which further streamlined the scheduling process and contributed to their success.

When it came to initial vaccine distribution, West Virginia chose not to participate in the national pharmacy vaccination program involving national pharmacy chains. Instead, they coordinated with their existing network of federally funded vaccine providers and independent pharmacies in rural areas to quickly stand up vaccine sites and completed vaccinating long-term care residents by December 2020.

Independent pharmacies have long played a prominent primary care role in rural communities and have well-established trusted relationships. This made it easier to overcome hesitancy and identify those eligible for shots. Similarly, health officials in other rural communities in North Dakota, Texas, Michigan, and Florida were able to rapidly set up mass vaccination sites at local hospitals, pharmacies, and schools with little bureaucratic red tape.

3. Be flexible regarding eligibility.

As vaccination continued, states that chose to expand, rather than limit, eligibility groups may have had an easier time distributing shots they received, thereby avoiding wasted doses. At the end of January, most states were only vaccinating healthcare personnel, long-term care residents, and frontline essential workers (i.e., Phase 1A and some of 1B).

Tailoring to the needs of individual communities proved essential. For example, in rural West Virginia where 40% do not have internet, West Virginia University created mobile vaccination vans and collaborated with local health departments and faith-based organizations. North Carolina used a local mass messaging system and virtual town halls to engage residents. And a women’s book club in New Mexico coordinated a local effort that vaccinated over 30% of their local population. Leveraging these tight-knit and trusted social networks was effective.

The success in rural states and communities can be attributed to a top-down, centralized, and user-friendly registration approach that’s enhanced by flexible eligibility groups and strong community engagement. Other states with rural areas can embrace these best practices to improve their vaccine rollout process.

Want to stay updated on the COVID-19 vaccine rollout? Check back here as we continue to share insights. And feel free to share this post with those you care about.