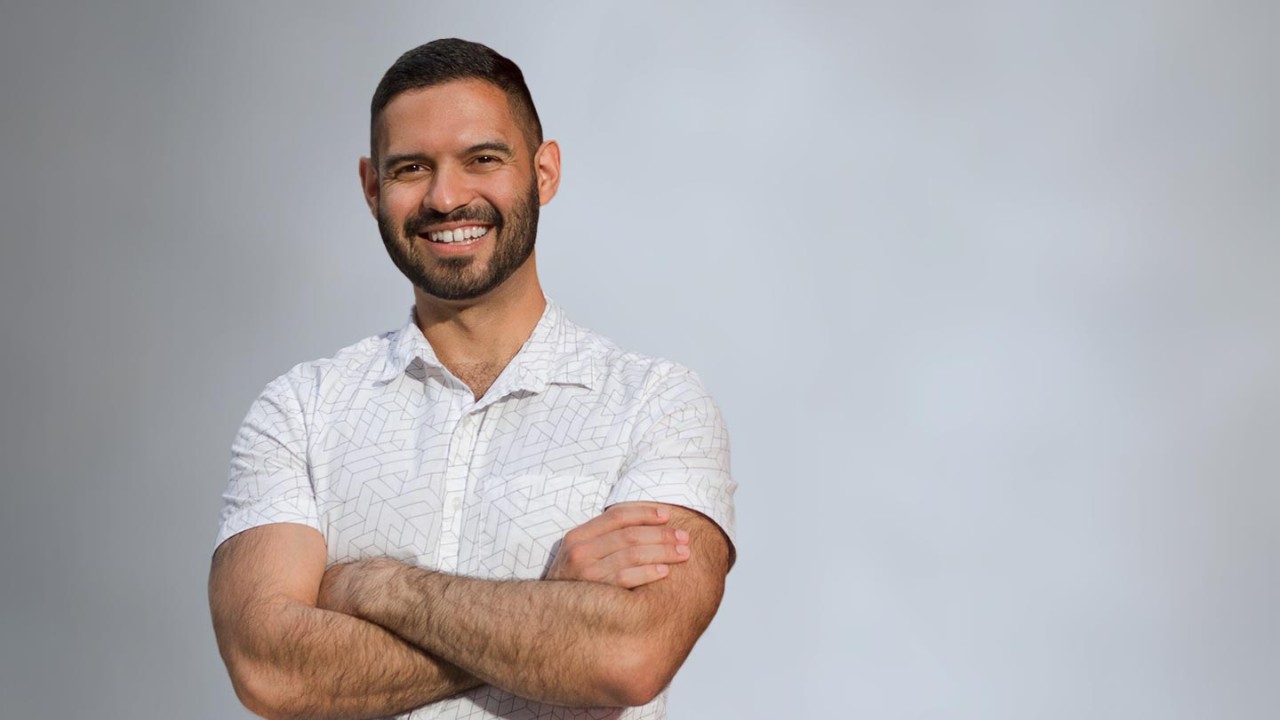 ​Improv's unscripted spontaneity is what first drew Nick Martinez to the craft 10 years ago when he tagged along with a friend to a show in Los Angeles. In awe of the performers' ability to create something from nothing, Nick started going to shows regularly, eventually enrolling in improv classes and training under the same coach as comediennes Tina Fey and Amy Poehler. Despite working 80 hours per week on California's 2008 Proposition 8 campaign for marriage equality, Nick found time to continue lessons and perform on the side.

Nick's pursuit of a master's in public policy from Georgetown University brought him to Washington, DC and to Booz Allen. By day, Nick supports the Centers for Medicare & Medicaid Innovation Center (CMMI) on a project that helps medical practices lower healthcare costs while improving health outcomes.​

By night, Nick continues to hone his craft with several independent improv teams he formed, including two all-Latino teams and an all-LGBTQ team, which have performed at theaters around DC, Baltimore, and New York City. He performs with one of Washington Improv Theater's house teams and coaches another. Additionally Nick produces a monthly show called Improv Pop-Up and is on the board of directors for the District Improv Festival, a nonprofit Booz Allen donated to after Nick applied for a Volunteer Service Grant.

Nick also lends his improv talents to teams at Booz Allen. After coordinating an ice breaker activity for his project team, Nick ran with an idea. He developed an entire curriculum for a workshop that not only adds energy and excitement to team meetings, but also helps teams leverage improv's guiding principles as they work toward their common goals. Nick leads these "Improv @ Work" sessions with project and administrative teams across the firm—spreading laughter and collective ingenuity.

Why is improv a useful tool in the workplace?

The same techniques we use in improv apply to everyday situations and dynamics at work. For example, "Yes, And" is an improv concept that underscores agreement ("yes") and builds off your teammates' ideas ("and"). This doesn't mean that we don't disagree with each other from time to time, but we should work to affirm that we have the same goals, while exploring ideas, discovering new truths, and creating new products. Active listening and teamwork are also key concepts that carry over from the improv stage to the office.

How does Booz Allen empower you to grow?

In my 5 years at Booz Allen, I've had opportunities to work on interesting projects with incredible people. I feel completely supported by my Career Manager and Senior Associate who connect me with the right people to fulfill my goals and encourage me to succeed inside and outside of work.

I'm also empowered by opportunities to expand my improv work at Booz Allen. It's rewarding to help teams bond and grow. There's always two or three people who come in with their arms crossed, looking grumpy. But by the end of the session, they're having a great time and thanking me for leading the workshop.

Finish this sentence: I'm changing the world by: