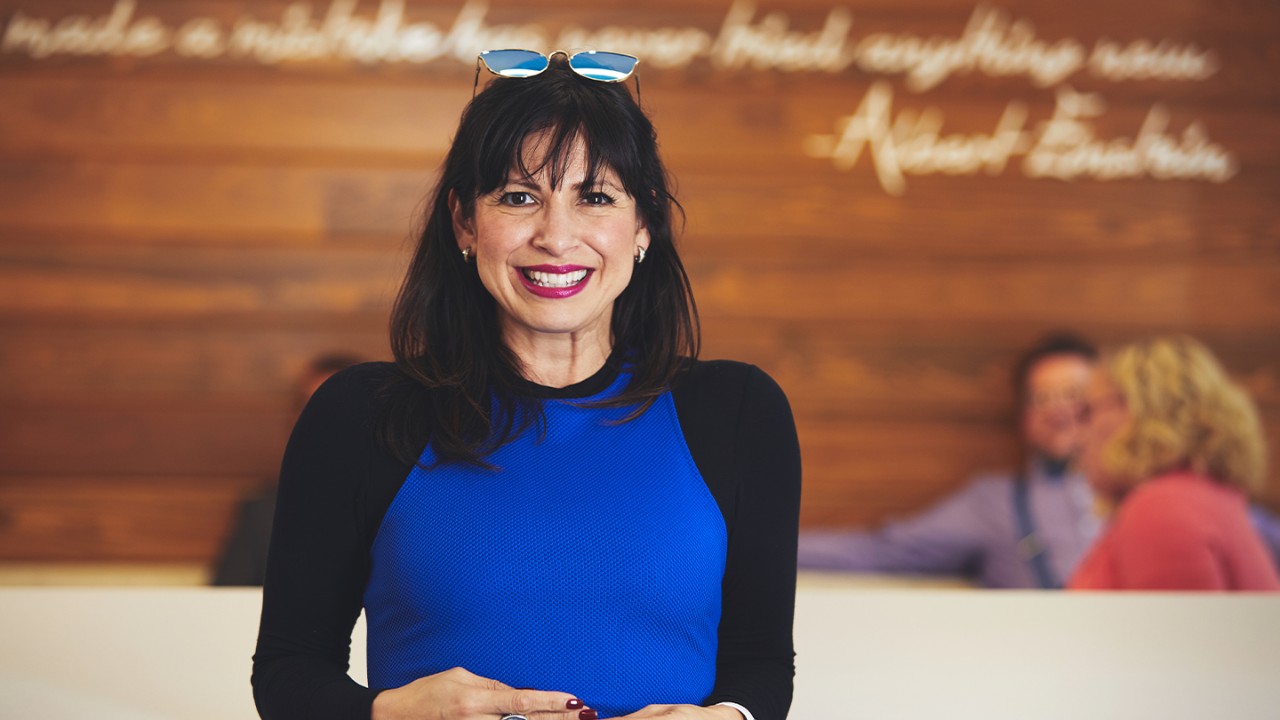 Churning out creative solutions and avoiding “death by PowerPoint"

Ever heard of “death by PowerPoint?” That feeling of staring at crowded slides while desperately trying to stay awake? Our San Antonio team will have none of that. Working closely with the defense community, they’re dreaming up ways to prepare our armed forces using immersive techniques that make PowerPoint look as dated as a chalkboard.

Immersive environments are simulated experiences that mimic reality to teach complex tasks. You can practice language skills by exploring a foreign restaurant, rehearse your response to cyber threats on an operations floor, and even learn how to fly a plane.

“One of our goals is to train pilots safely and quickly,” says Steve Wright, who leads the Air Force contract in San Antonio. “That’s where augmented and virtual reality come into play. Instead of watching a slide deck, you don virtual reality (VR) goggles.”

From digital arts to production for VR platforms, our team is focused on every aspect of the industry and growing exponentially. One reason for the rapid-fire expansion is Booz Allen’s reputation, says recruiter Lauren Jordan. “We’re a company of dreamers, drivers, and doers, so the government consistently trusts us to do great work.”

Solving complex problems is only part of the revolution underway in San Antonio. We also focus on internal transformation, which is why we encourage our people to grow.

Kelly Vannoy, who supports the Air Force’s environmental restoration efforts, is tackling a new passion project. “I’m using drones to do visualizations and take scans of buildings, which we use to build exact replicas of facilities for simulations. This is a new skill for me, but Booz Allen trusted me to run with it.”

Justin Hoffman, lead engineer on the cyber team, is also broadening his skills. “I’m doing machine learning, but I’m also helping to create an artificial intelligence algorithm for new pilot training. Leadership supports our efforts to push the limits and come up with crazy big ideas.”

At Booz Allen, your big ideas can change the game—and make you a stronger player.

What will you transform in San Antonio?