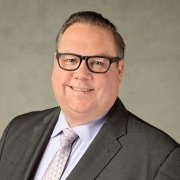 Brian Orr leads Booz Allen’s corporate capture team. Based out of our McLean, Virginia, office, he applies his expertise—the leadership skills learned as an Army officer, the technical expertise and experience earned in the development and deployment of one of the nation’s most complex weapon systems, and the ability to create compelling technical narratives—to capture of the firm’s highest priority growth opportunities through marketing, industry relationships, price strategy, and technical solutions.

Brian began his career at Booz Allen in 1998 as a senior consultant in the Huntsville, Alabama office, supporting TRW in the development of the National Missile Defense Communication Network. Throughout the next decade, Brian provided system engineering support and leadership to the prime contractors for the Missile Defense Agency (MDA), which culminated in Boeing appointing him as their responsible engineer for three of their MDA-related telecommunication products. Brian left Booz Allen briefly between 2004 and 2007 to work as a partner at 5-D Systems, where he developed the strategy to diversify and grow the boutique engineering firm’s client portfolio. Since returning to Booz Allen, he turned his focus to business development, leading the critical strategic initiatives team before becoming a plank holder of the business development team. During his tenure with the business development team, Brian led the proposal function, created a technical capture team, and led engineering, science, and strategic innovation business development efforts. He also served as an Army signal officer for 4 years, which included a tour in Korea and a deployment to Egypt.

Brian holds a bachelor’s in journalism from Trinity University.