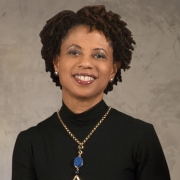 Melody Barnes joined Booz Allen’s board in 2015. She is the executive director of the Karsh Institute of Democracy at the University of Virginia, where she also serves as the W.L. Lyons Brown Family Director for Policy and Public Engagement at the Democracy Initiative, the J. Wilson Newman Professor of Governance at the Miller Center of Public Policy, and a distinguished fellow at the School of Law. She is also co-founder of MB Squared Solutions, LLC, a domestic policy strategy firm.

Melody previously served in the White House as the director of the Domestic Policy Council, where she provided policy and strategic advice to President Barack Obama and coordinated the domestic policy-making process in the White House. Before serving in the White House, Melody was the senior domestic policy advisor to Barack Obama’s 2008 presidential campaign. From 2005 to 2008, Melody was the executive vice president for policy at the Center for American Progress, where she had previously been a senior fellow from 2003 to 2005. She also served as chief counsel to U.S. Senator Edward M. Kennedy on the Senate Judiciary Committee from 1998 to 2003, and as his general counsel from 1995 to 1998. Additionally, Melody previously served as a principal in the Raben Group LLC.

Melody currently serves as chair of the nominating and corporate governance committee of Ventas Inc., a real estate investment trust.

Melody is a member of the Compensation, Culture, and People Committee and the Nominating and Corporate Governance Committee.