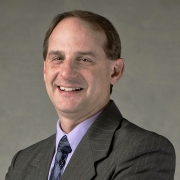 At the start of his career Troy worked at NASA Langley, doing wind-tunnel and simulation-based assessments of high-angle-of-attack control power. He spent another 15 years with a defense contractor, ultimately as a vice president and division manager supporting the development of multiple Navy/Marine Corps aircraft. Troy’s experience with V-22 connected him with the rotary-wing community, where his experience with rotor dynamics and flying qualities led to numerous flight control and simulation projects.

Troy earned his M.S. and B.S., both in aerospace engineering, from Virginia Tech and a B.S. in ocean engineering, also from Virginia Tech. Troy is an instrument-rated private pilot and a member of the Association of Unmanned Vehicle Systems International, the American Institute of Aeronautics and Astronautics, and the Experimental Aircraft Association. He’s also a volunteer with Angel Flight Mid-Atlantic, Young Eagles Pilot, and for Boy Scouts of America.