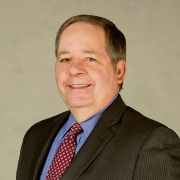 Richard Ressler is a leader in Booz Allen’s Army business, overseeing accounts related to the Department of Army Headquarters and supporting the firm's defense clients. He focuses on the Army-level issues as well as audit response and sustainment activities across the Department of Defense (DOD).

For more than 20 years, Richard has provided executive-level consulting at Booz Allen, centered on Army and DOD initiatives. In that time, he has supported clients from across the Army Secretariat, the Army staff, program executive officers, and the Army Training and Doctrine Command. Richard specializes in analyzing and solving client challenges in strategy, policy, programs, and resourcing, most often related to transformation or reform agendas. For Richard, the DOD audits are a great opportunity to work with experts across the firm in developing new, broadly applicable approaches to improving audit performance and mission readiness.

Richard is active in his community, participating in Rebuilding America and FIRST robotics competitions.

Richard received a master’s degree with distinction and a Ph.D. in operations research from the Naval Postgraduate School where he also received the Church Award for excellence in mathematics. His bachelor’s degree is in biochemistry from the University of Pennsylvania.