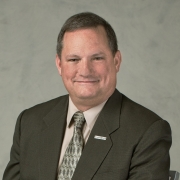 William served in a wide variety of command, leadership, and staff positions across numerous levels of the U.S. Army, Joint Task Forces, Regional Commands, and most recently as the Commanding General 20th CBRNE Command before retiring in 2017 after more than 30 years of active duty in the U.S. Army.

William is a career chemical officer with certification and advanced degrees in strategy, operational planning, national level resource management, space-based applications, and several special access programs. He graduated with distinguished military graduate honors with a B.S. in chemistry from the University of Richmond, Virginia. He also holds four M.S. degrees, two from the Command and General Staff College in general military studies and applied space applications, one from the School of Advanced Military Studies in theater operations and planning, and one from the Industrial College of the Armed Forces in national resource strategy.