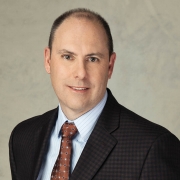 Knowing that my team supports the Army’s mission is what drives me, whether that’s cutting costs for back-end systems, searching for emerging technologies, or enhancing existing ones.

You can map that back to basically being able to save soldiers’ lives.

To that end, I’ve worked on force protection systems—Stargazer and Wolfhound among them—that have been deployed in the global war on terror.

And after work is done, I advise others to play hard and laugh often, which I do as a cyclist, backpacker, and father.

EXPAND ALL COLLAPSE ALL
What inspires and motivates Vincent? Click here.

How did you come to have the career you have? I started out as a government employee. I was an engineer by trade. When you’re in the government, you pretty much have to learn how to buy things, so you basically become a project manager. I found that I enjoyed the planning and the acquisition phase and became a very strong tester of back-end capabilities. Then when I came to Booz, they gave me an option to reinvent my career a little bit. I went from being a project manager to being a developer. We started building products and then I started managing those. As I stayed at Booz Allen, it just kept getting larger and larger as we went through with things.

What have been a couple of highlights of your career? I built a system called Stargazer, which was a force protection system that went out and was deployed and is still deployed at this point in time. And I was a member of the teams that worked on Wolfhound and Crew, both again force protection systems that were deployed early in the global war on terror against improvised explosive devices, or IEDs. You can kind of map that back to basically being able to save soldiers’ lives.

What do you see as the three most pressing needs for the Army as a client right now? Innovation is needed so that they can actually take advantage of existing capabilities and do new things with them to be able to address the changing threat. I think they have to figure out how to change acquisitions so they can take advantage of technology in a higher pace than they are right now.

How do you help your clients prepare for the future? We help them walk through alternative strategies to be able to build acquisition programs that can meet their needs going forward—particularly in the area of long-term costs as you go through it. If you can reduce costs in the back end of a system, you then have more money to do other things as you go forward with it. We also help them take a look at emerging technologies, and are those technologies things that could be easily implemented on the battlefield or taken advantage of as easy upgrades to existing capabilities and systems, so they can have the largest advantage and be able to take the largest leap forward when they’re doing new programs. The last thing is helping them connect to other people within DoD that are doing similar work. Hopefully they all can share getting to a new capability.

When you were a kid, what did you want to be when you grew up? An astronaut.

What was your first job? K-Mart.

What were you like in high school? The nerdy jock. I ran cross-country.

What are you nostalgic for? I’m an old Boy Scout, so I miss my campfires.

Where do you see Booz Allen in the next 100 years? I see Booz Allen moving into the space where they are a solution provider. They are being able to bridge the gap between industry and military and able to provide those solutions faster than we have right now. I see Booz Allen helping to lead acquisition reform.