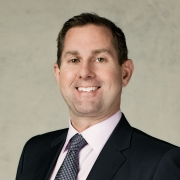 Joseph Bice is a leader in Booz Allen’s international defense business. Joe’s clients include those from the Middle East, Asia Pacific, NATO/Europe, and the United States.

Previously, Joe led a variety of consulting engagements, including strategic and operational studies, major platform/systems acquisitions, cybersecurity, engineering and logistics sustainment programs, and human capital development (including training and scenario development/exercise support). These engagements were executed under the auspices of the U.S. Security Cooperation program as well as direct commercial contracting with governments worldwide. Joe, who is based in DC, also supported the establishment of Booz Allen’s public-sector businesses in Australia and the United Kingdom and has extensive knowledge of U.S. Security Assistance policies and directives, and the International Traffic in Arms Regulations (ITAR).

With more than 25 years of professional experience, Joe also oversees Booz Allen’s participation in The Secretary of Defense Executive Fellows (SDEF) program by teaching a military officer in Booz Allen’s business strategy, practices, and transformation service offerings. The intent is that the military officer will glean the best of corporate change, innovation, and business practices to be later implemented to help transform the Department of Defense.

Joe serves on the Board of Directors of Sister Cities International, a non-profit organization that creates and strengthens partnerships between communities in the United States and those in other countries, particularly through the establishment of sister cities. He holds a M.B.A. from The George Washington University and a B.S. from the University of Maryland University College.