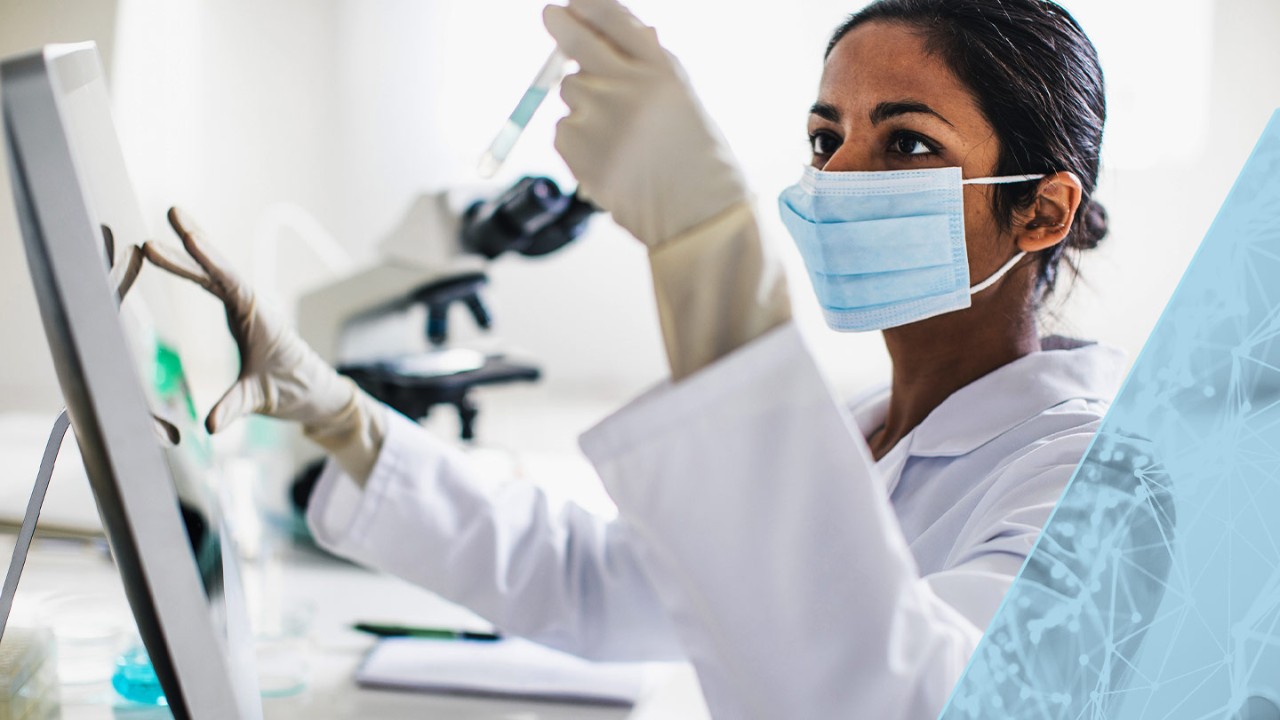 What scientific researchers should take away from 2020

On average, bringing a single new drug to market takes at least a decade and costs close to $2.6 billion. To combat the devastating effects of the COVID-19 pandemic, we saw the health, research, and medical communities extend unparalleled efforts to reduce the time it takes to develop effective vaccines. These efforts included sharpening practices, determining the best use of existing therapeutics and technologies, developing new therapeutics and technologies, and of course developing diagnostic tests and vaccines.

While there is still much to do to bring the pandemic under control, it is not too early to identify lessons to be learned. We must examine what went well and what did not and leverage our findings to improve how we harness our scientific and public health resources to sharpen scientific inquiry to address major health crises.

Here are four lessons that the global scientific community should take to heart before the next global health crisis.

1. Innovative models of collaboration are force multipliers that spur ingenuity

For years, science has benefited from collaboration among different stakeholders, disciplines, and organizations. At the same time, collaboration is frequently undermined by the push for individual achievement in academia. Impediments to collaboration include competition for tenure and journal authorship credit, protection of intellectual property rights, and trade. Despite such obstacles, collaboration has yielded notable successes in science.

The publicly funded Human Genome Project, for example, mapped the DNA sequence of the entire human genome—a feat accomplished by leveraging an integrated “big science” approach involving thousands of scientists, project managers, engineers, mathematicians, physicists, and computer scientists from around the world. The project transformed entire fields in medicine, technology, and more, and significantly changed our understanding of human genetics, health, and disease. It exemplifies not only the power of collective ingenuity, open science, and big science, but also the important role that project management plays in large, complex, integrated, and cross-disciplinary efforts.

More recently, innovative efforts launched by the federal government, such as the National Institutes of Health’s Rapid Acceleration of Diagnostics (RADx) programs, show that accelerating project selection and funding distribution can engage different entities to fuel discovery and biomedical technology development. RADx includes partnerships with other federal agencies, including Biomedical Advanced Research and Development Authority, the Office of the Assistant Secretary of Health, the Department of Defense, and the Food and Drug Administration (FDA).

Tearing down silos to build such collaborations and facilitate data sharing is critical. When researchers from South Africa detected virus mutants, within just a few weeks they had shared sequencing data with the global research community and reported on possible impacts to overall vaccine efficacy.

There is no doubt that program management has been beneficial to a great many scientific endeavors. Yet, program or project management principles and processes are often perceived as unnecessary intrusions on the creative aspects of the discovery endeavor, and many projects fail to formally include them.

The need to show that research results can be reproduced, especially when government funding is involved, requires thorough documentation of a type that an agile project management approach is well-suited to facilitate. Pandemic response initiatives, such as Operation Warp Speed (OWS), have needed to quickly show progress against milestones and rapidly communicate successes and failures. OWS was a complex labyrinth of stakeholders, funders, government, nonprofits, industry, and advocacy groups. Each entity involved had its own mandate for goal-driven research, and much of the work was done in parallel. This public-private partnership created new pathways and processes to accelerate vaccine development, including a reexamination of data use and materials transfer agreements. While OWS succeeded in developing vaccines along an accelerated timeline, vaccine distribution and rollout lacked streamlining and clear federal guidance. As a result, response and coordination varied by state.

Large, complex scientific endeavors of this kind benefit when program management efficiently leverages well-defined and documented processes, and when an optimized portfolio encompasses not only product discovery, development, and manufacturing but also distribution, rollout, and post-marketing surveillance. Program and project management are also critical to collaboration across multiple scientific stakeholders and institutions.

3. Implementation science must be considered and factored in early to help manage risks

Implementation science is a scientific approach to making sure that proven scientific advancements can become standard practice. It helps ensure that a scientific innovation’s potential for positive impact isn’t stymied by poor execution, lack of adoption, or is culturally inappropriate. For example, the scientific triumph of rapidly developed COVID-19 vaccines has been undercut by struggles with vaccine distribution and vaccine hesitancy. If implementation science had been considered at the outset, some of these difficulties likely could have been avoided.

Implementation science maximizes research investment by accounting for the who, what, where, why, and how of follow-up. For a vaccine or a therapeutic, implementation science’s purview would include awareness, adoption, usage method, and distribution.

A proper implementation science framework assesses and measures the feasibility of implementation and fully considers expected outcomes and risks. The roll-out of the vaccines for COVID-19 was marred with inconsistent and incorrect information on their side effects, their effectiveness, the rapid scientific development and production, and the distribution strategies. These concerns raised vaccine hesitancy thus diminishing the prospects of lifting restrictions faster, and herd immunity.

4. Diversity, equity, and inclusion absolutely must be part of the scientific equation

As part of implementation science, we not only need to consider who should benefit from research, but also how we will ensure that they do in fact benefit. When developing research protocols, investigators typically consider inclusion and exclusion criteria. That needs to change. Instead of thinking about "who to exclude," we should be thinking about how to achieve that broadest possible inclusion in order to maximize the adoption and positive impact. Blacks and Hispanics are grossly underrepresented in clinical trials for oncology drugs, even though it is shown that cancer disproportionately affects this population.

To ensure that those most in need are not denied the benefits of scientific progress, it is vital that we employ a multipronged strategy to recruit an inclusive population. This strategy should include active community engagement, dedicated liaison systems (e.g., patient, provider, and healthcare system advisory boards), language equity, and a participation environment that feels safe to people of all backgrounds. Applying such strategies could help ensure that new therapies and other innovations are effective across varied populations and help address longstanding systemic inequities regarding access to—and trust in—healthcare.

The COVID-19 pandemic presents the scientific community with an opportunity for self-reflection. They must examine and employ the mechanisms by which they can gain efficiencies and effectiveness through partnerships. Transparency and accountability in science are important to ensure the best use of resources; this is supported through leveraging industry-leading processes and management principles. They also must consider the application of the science—how they can promote adoption for maximum impact. And finally, they must pay attention to the heterogeneous nature of populations and consider the equity impact in their scientific studies. While recent health news was dominated by COVID, existing public health issues like the opioid crisis and antibiotic resistance remain. The research community should more broadly embrace the proven enablers of scientific outputs, translation, and adoption. They should be identified, advanced, and communicated not only within the scientific world but beyond it as well. Public understanding of and trust in the scientific process has never been more critical. 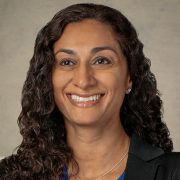 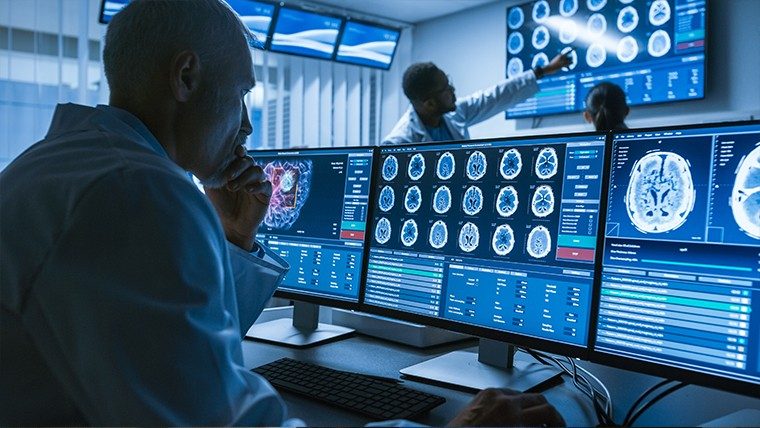 Read our playbook to learn how to address challenges in the life sciences industry. Read More 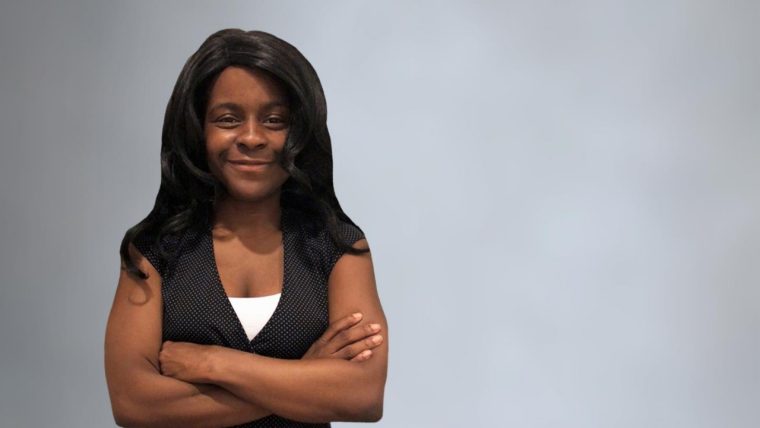