30 Years Aboard the International Space Station

Creating the future. Controlling the costs.

Orbiting the Earth every 90 minutes, the International Space Station (ISS) is the world’s most complex engineering program. It’s a low-gravity laboratory, Apollo 11’s most visible follow-on science and exploration program, a testing ground for Moon to Mars journeys, and a triumph of international cooperation. Booz Allen has moved the mission forward for more than 30 years, from space systems planning to today’s operations.

When President Ronald Reagan announced in 1984 that the U.S. would create a space station with Japan, an alliance of European nations, and Canada, no one could anticipate the project would be completed nearly 30 years later through a path very different from the original—with the Russians as a critical partner. Over the years, NASA and its contractors would turn to us to reinvent the assembly sequence, reengineer the program, and provide systems engineering for initiatives from scientific experiments to commercial vehicle traffic.

Engaging visionary aerospace engineers, using leading technology, and staying focused and flexible allows us to keep the program at the edge of the space frontier.

After providing resources and research to the Space Station Operations Task Force in the 1980s, we committed to the space station concept by building a leading space practice. Who but an astronaut would know better how to carry the lessons of Apollo 11 forward and help integrate the space shuttle program with the new initiative? Accordingly, we invited Bill Lenoir, a space shuttle astronaut and electrical engineer, to lead the initiative. After joining the firm, he contacted fellow astronaut Karol “Bo” Bobko, pilot of the Space Shuttle Challenger’s maiden voyage.

Bo was a fitting choice for the international project, as he had worked on the Apollo-Soyuz Test Project, the U.S.-Soviet space flight that defined the end of the Space Race in 1975. In addition to operations support, his Booz Allen team worked on projects such as upgrading the space shuttle’s training simulators to prepare for delivery flights for station assembly 230 miles above the Earth.

Steve Wright is another example of aerospace engineering talent we brought on board. “I had worked on early space station concepts for a major space contractor,” says Steve. “At Booz Allen, I led the assembly sequence planning team in Reston, Virginia where NASA’s space station headquarters were located. Our work covered the resources needed for assembly and operations, too—like what power, propulsion, and communication systems to deliver on each flight.”

The more the designs matured, the heavier the planned payloads became. “Considering the shuttle has weight and volume restrictions, we realized we’d need to significantly modify the initial design.  We went from a truss and equipment pallet design to integrated elements that were much easier to assemble in space,” he said. While he redesigned assembly plans to keep up with evolving designs, the overall program itself was undergoing its own redesigns, faced with cost and schedule challenges. The program's future was uncertain when the Soviet Union enabled the entrance of an unlikely ally as a key partner: Russia.

In 1993, a collaboration of 17 member nations created the International Space Station (ISS), a program revolving around Russian and U.S. operational elements. Our problem-solving work is most evident in three phases: preparing for the launch of the first U.S. module in 1998; reengineering of the program in 2001; and systems engineering work that continues today.

With the establishment of the ISS structure, the program moved to Houston and so did Steve. “There was now a Russian half and a U.S. half. That meant the assembly sequence had to be totally redesigned,” he says. After supporting the redesign, his role transitioned to stage manager for the launch of Unity, the first U.S. module. His responsibilities included planning and procedures to ensure the spacecraft met requirements and that future elements could be integrated in orbit. “We also had to certify that we were ready to launch each piece of hardware, and that we had enough information for the manufacturer to create and test the components that would need to mate with it in orbit perhaps 5 years later,” he says.

When the Space Shuttle Endeavor carried Unity into orbit on December 4, 1998, Steve played a critical role. “I flew to Florida to watch the launch and then to Houston to support the mission. It was thrilling,” he says. “Each flight has engineers supporting mission control in the mission evaluation room, which we called MER; I was a MER manager for Flight 2A. The MER was a high-energy room full of experts ready to tackle any problem. Fortunately, everything went as planned.”

“I flew to Florida to watch the launch and then to Houston to support the mission. It was thrilling.”

- Booz Allen aerospace engineer Steve Wright, reflecting on his role in the launch of Unity, the first U.S. module of the International Space Station

We also provided support across the program. For example, we worked with Johnson Space Center in planning space station logistics; helped the Canadian Space Agency develop the robotic arm; supported the European Space Agency’s creation of a lab module; and assisted Goddard Space Flight Center’s development of the communications infrastructure.

In 2001, although the space station’s technical performance was a success, cost challenges brought the ISS under pressure. NASA chose us to be their partner in reengineering the program. We swiftly assembled a team of engineering, consulting, and analytics experts, who worked closely with the agency to assess the current state and define the way ahead.

“Our recommendations were not only practical, but simplified the complex program,” Steve says. “We created a single PowerPoint slide that showed how the program worked from program management through strategic objectives, mission planning, and execution. NASA used our summary as a framework for budget and contracting strategy going forward.”

The innovations improved operations while enabling cost savings of $500 million. Some of our suggestions included:

Understanding the ISS program gave us insight into what was needed for strategic support. In 2003, we became a partner on a program integration and control contract. Since then, we have provided complex systems engineering and integration services which receive consistently high marks on all evaluation metrics. Karen Fields, program analyst and senior program manager for space exploration, described the breadth of tasks. “We make calculations to confirm the station location,” she says. “We schedule the astronauts’ time: experiments, maintenance, and also time off. We have to make sure there is enough food, water, and air for the crew. Things that are taken for granted down here, we have to make sure they are taken care of up there.”

Today, some of our responsibilities include:

NASA has three times awarded our engineers with its highest technical recognition, the astronauts’ own Silver Snoopy Awards. Take our solar array software tool, for instance. “Solar arrays are like big sails. You need to point them at the sun to generate power, but since there is still some atmosphere, they’re like big parachutes creating drag,” Steve says. “So our team came up with a tool allowing us to point them so you get enough sun, yet ‘feather’ them at a slight angle to reduce the drag. That saves fuel, which is heavy and expensive to launch, which means less launches needed, which translates into millions of dollars in savings,” he says.  Learn more about our logistics work for the ISS.

You can see the ISS in the night sky as it orbits the earth. It’s the third brightest object in the sky, a reminder that space exploration belongs to all of us.

Logistics for the Lab

Before each scientific experiment is approved, our Modeling Analysis, Visualization, and Robotic Integration Center (MAVRIC) team ensures its safety and feasibility. Using 3D Computer-Aided Design (CAD) modeling, the team looks for the best placement of new equipment and ensures it won’t block ventilation or critical controls.

Experiment topics can include:

Deep space travel is the next milestone in human exploration, and ensuring astronaut health and safety is the highest priority. Beyond protection, helping these intrepid voyagers accelerate their cognitive and physical potential  is critical for success.

Our logistical work includes supporting experiments on topics such as the long-term effects of microgravity on humans.

Interested in a research topic? Search for space station experiments at NASA’s site. 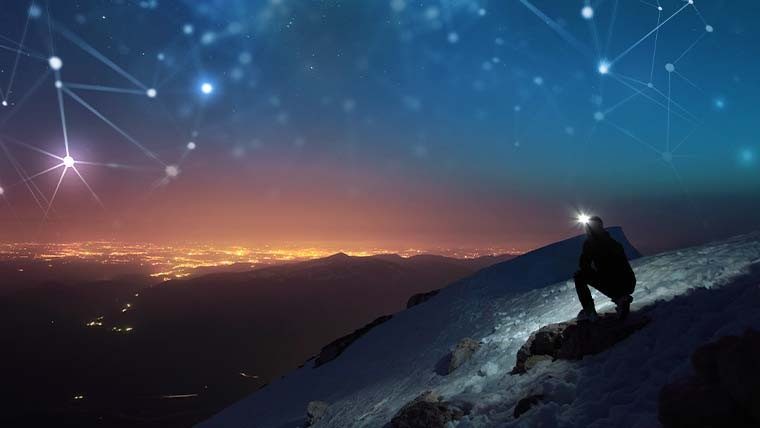 Apollo to Artemis--see how we help NASA launch the future. Read More 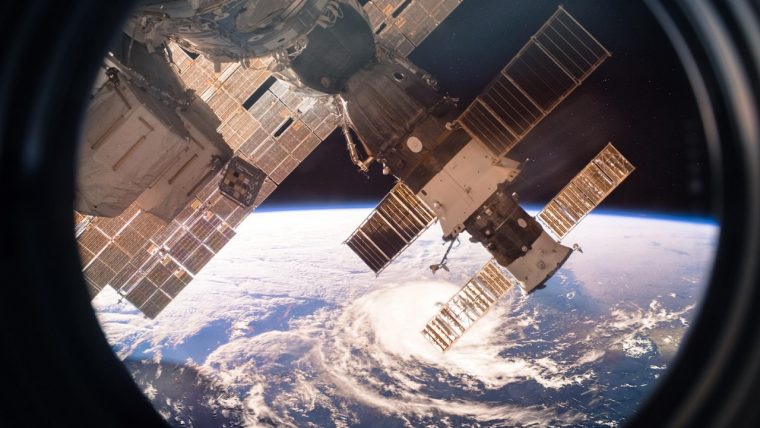 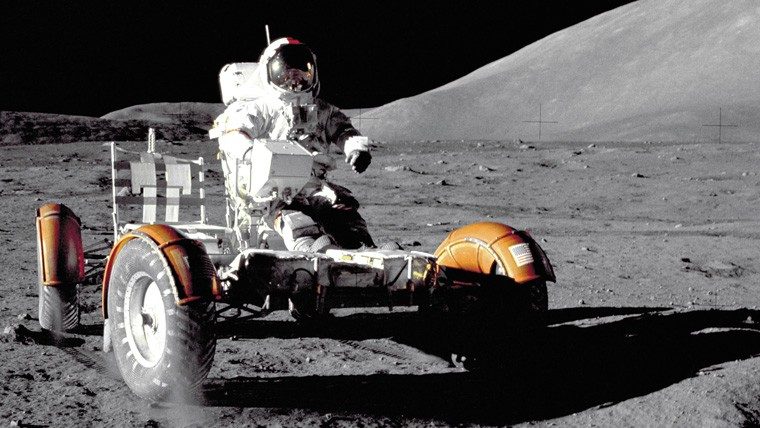 In 1958, Congress created NASA. Booz Allen has been deeply involved with the space agency as organizational and technical consultants ever since. Read More 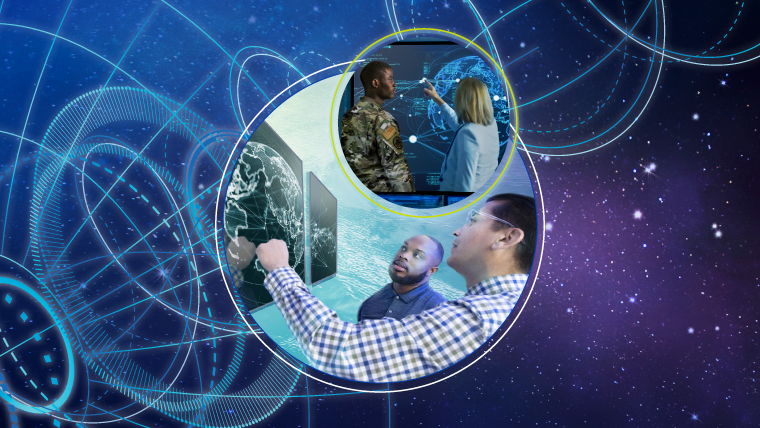