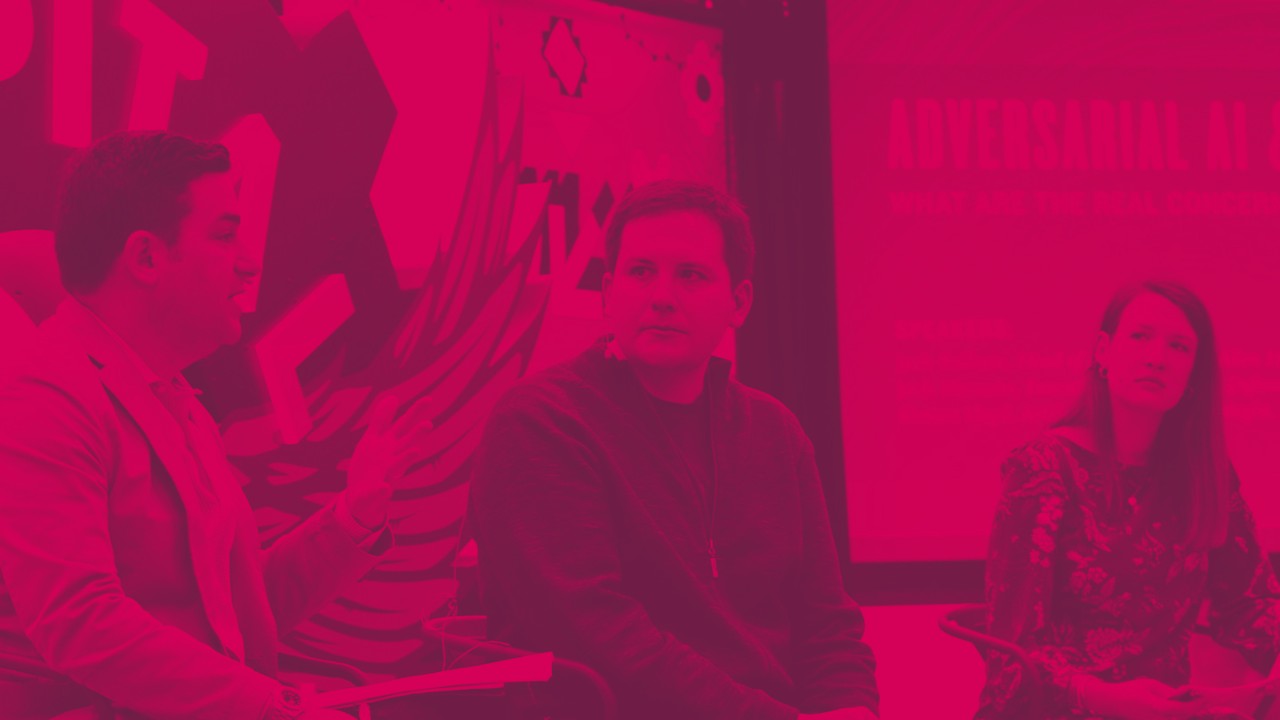 Ethics and public purpose must play a greater role in tech

Every March, more than 40,000 artists, innovators, and entrepreneurs convene at SXSW to explore what’s next in technology and culture. The festival has been attributed with the breakout success of companies like Twitter and Foursquare, and while the biggest headline from SXSW 2019 may have been the scooter explosion, the most promising themes focused on the future of our government. Here are a few takeaways from the Booz Allen team on the ground.

1. The technology community has a responsibility to advance public purpose.

The government and big tech have been at odds in many ways throughout the past year, from the highly publicized Facebook hearings last April to Senator Elizabeth Warren’s release of her manifesto, How We Can Break Up Big Tech, at SXSW. But former Secretary of Defense and Harvard Belfer Center Director Ash Carter flipped the conversation, suggesting that the government should “stop shouting” and find ways to build bridges with the technology industry.

“The government is the way we do things that can only be done collectively,” he said, challenging the SXSW community to create disruptive technologies in ways that serve the overall public good. Regarding some of the recent privacy issues plaguing big tech, he said there is an implicit agreement that a combination of industry self-regulation and government policy is the best path forward, but the conversation so far has stopped short of providing the answer. Carter’s Technology and Public Purpose project seeks to provide tangible solutions to these challenges through responsible innovation, governance, and policy development.

2. The government must work with academia and the commercial sector to accelerate artificial intelligence research and development.

Earlier this year, the White House released an executive order on artificial intelligence promoting investment in AI research and development in a manner “consistent with our Nation’s values.” The next day, the Department of Defense unveiled its AI strategy, further emphasizing the need for advancements in public sector AI as well as increased collaboration across the government, academia, and the commercial sector. SXSW gave government leaders an opportunity to advance the dialogue regarding public sector AI.

“The pace of change going on in technology, transportation, and in our society, is stunning,” said U.S. Secretary of Transportation Elaine Chao, referencing intelligent machines such as autonomous vehicles and unmanned aircraft. Chao used her spotlight at SXSW to announce the creation of the Non-Traditional and Emerging Transportation Technology Council, a U.S. Department of Transportation body that will be tasked with addressing jurisdictional and regulatory gaps that impede commercial sector innovation.

Joshua Marcuse, executive director of the Defense Innovation Board, also referred to self-driving cars in a discussion regarding ethics and AI. He suggested that the hyperbolic dialogue on the morality of AI may be impeding widespread adoption.

“We are moral beings, we are accountable for our decisions, and we represent the choices that we make,” he said. “When you bring in machines, it doesn’t strip away those decisions.”

Marcuse said we are holding machines to a super human standard, and thousands of people could die while we wait for machines to get from better to perfect.

“We have a job to do and a mission to perform, and we want to preserve and protect and not to harm,” he said, referencing friendly fire and unintentional civilian harm as examples. “The more important question is how AI might be used to extend and empower human beings to make better moral choices or have more power over terrible situations.”

Right now, we generally experience the physical and virtual worlds as separate domains. We exist in the physical world, and we exchange data about the “real” world online. But Cameron Kruse, a technical product manager at Booz Allen, said the convergence of AI and mixed-reality (XR) technology will soon transform our reality.

“As this convergence comes to fruition, we’re going to see this new agent analog where the reality we know and the digital world start to blend,” Cameron said, referencing the emergence of phenomena such as digital twins and annotated reality. “This blended reality will be able to augment and amplify the experiences we have and the world around us.”

Early government use cases focus on training for warfighters and first responders, but experts predict that integrated technologies will have far-reaching impacts on everything from healthcare to education and space travel.

4. Our universal reliance on PNT is remarkable, and terrifying.

According to the National PNT Architecture, PNT is the combination of three distinct capabilities:

The foundation of our digital economy, from the GPS in your phone to global air traffic control systems and the trading exchange on Wall Street, is enabled by PNT technologies. But the DOD is currently embroiled in a “cat-and-mouse game” to protect the invisible infrastructure we depend on.

“We’re living in a world with exponential, accelerating, and converging technologies,” said Rear Admiral Danelle Barrett, Navy Cyber Security Division Director. She explained that PNT provides both challenges and opportunities for civilians and warfighters, because even the slightest PNT disruption could have significant impacts on global security, commerce, and trade. Barrett and her colleagues across the DOD are working on assured PNT solutions, which include alternate systems that will ensure GPS data is accurate and always available.

More than 115 people in the U.S. die every day after overdosing on opioids. The U.S. Department of Health and Human Services (HHS) has released a five-point strategy to combat the opioid epidemic, including better data and improved addiction, prevention, treatment, and recovery services. Victoria Adams, U.S. government market lead for ConsenSys, believes blockchain can advance this strategy by providing secure medical identities for people experiencing opioid addiction.

“When you’re homeless, it’s really difficult to create an identity,” Victoria said, explaining that the gap in medical records makes it difficult for people experiencing opioid addiction to seek treatment and recovery services. “Too often with addiction, you die in the dark. You die alone, and that data is lost.”

Dr. Vanila Singh, HHS Chief Medical Officer, emphasized the importance of addressing the current stigma associated with opioid abuse to keep people in the medical system where solutions like blockchain can be introduced.

“Unless the providers and patients are educated, and the stigma is addressed among patients, families, friends, doctors, nurses, and society at large, people may not seek care,” she said. “The pendulum swinging left and right never does anyone any good. Our goal is to thread this needle so that we can address addiction while also giving better patient care.