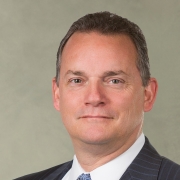 David Stoudt provides Booz Allen and its clients with leadership and guidance on the science and business of advancing directed energy capabilities for American warfighters.

He previously spent 32 years serving in the Department of Navy, 12 of them as the Navy’s first distinguished engineer for directed energy, an executive position. The results-driven technical leadership that he provided led to the establishment and staffing of world-class directed energy programs and facilities at the Naval Surface Warfare Center in Dahlgren, Virginia (NSWCDD).

At NSWCDD, he established and technically directed a number of HPM and HEL technology programs, including airborne electronic attack, counter-improvised explosive devices, and the beginning of the Navy’s laser weapon system, currently deployed on the U.S.S. Ponce.

In March 2018, David was elected president of the Board of Directors for the Directed Energy Professional Society. He holds a B.S., an M.S., and a Ph.D. from Old Dominion University, all in electrical engineering.