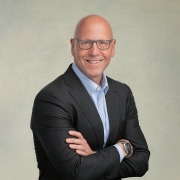 Before joining Booz Allen, Jason worked for the Federal Bureau of Investigation (FBI). Over the course of his 20-year career, he held progressively senior positions, culminating in serving as a Senior Executive Service section chief for the FBI’s Cyber Division. In this position, Jason functioned as the chief operating officer responsible for the division’s logistics, facilities, and total operational budget across 18 countries and every U.S. state. He spearheaded cyber training for the FBI investigative workforce of more than 20,000 personnel encompassing all special agents, intelligence analysts, and computer scientists.

Earlier in his FBI career, Jason served as an assistant special agent-in-charge with the FBI’s Washington Field Office’s Human Intelligence (HUMINT) Branch. He led cyber readiness and implemented a new HUMINT operational platform that streamlined key national security operations. He also served as a supervisory special agent for an FBI Cyber Task Force in New York and the legal attaché in Rome, Italy, where he was embedded in some of the nation’s most critical cyber initiatives. While in the FBI, Jason served as an intelligence officer in the U.S. Navy Reserves for more than 20 years before retiring at the rank of commander in 2020.

Jason received an M.B.A. from the University of Rochester’s Simon School of Business and a B.S. from Mankato State University. In addition, he is a certified chief information security officer and holds a U.S. national intelligence joint duty certification.