Booz Allen Recognized as a “Best Workplace for Innovators” 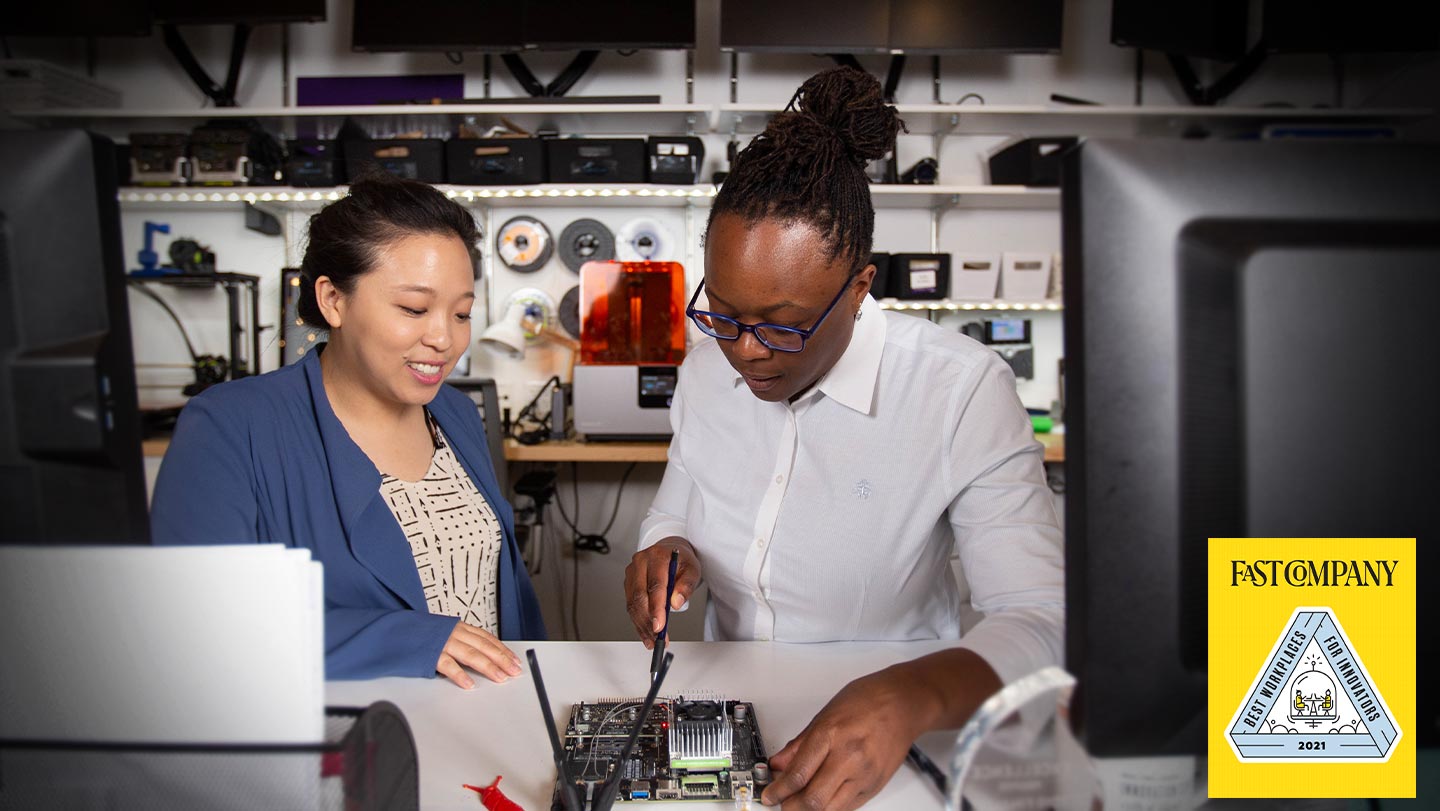 For millions of travelers and national park lovers across the United States, Recreation.gov is a one-stop shop for trip information, planning, and reservations for nearly 4,000 federal parks, forests, lakes, and cultural destinations. Booz Allen’s role in developing this transformational government platform—among other critical examples and efforts—helped the firm earn a place on Fast Company’s list of Best Workplaces for Innovators.

The third annual list from Fast Company identifies companies that encourage bold experimentation at every level of the organization. Applications were scored and ranked, resulting in the top 100 list for 2021. The list celebrates company cultures that empower employees at all levels to improve processes, create new products, or invent new ways of doing business. Recognized as a large company that has cultivated powerful environments for innovation, Booz Allen joined a prestigious grouping of organizations in the category of companies with more than 1,000 employees.

Here are some highlights from Booz Allen’s innovation journey:

Recreation.gov has been an innovative project from multiple angles—everything from how Booz Allen and the federal government worked together to how the platform adapted during COVID-19.

Booz Allen designed the site collaboratively with 12 participating agencies at no upfront cost to the federal government. Use of this transaction-based fee model, rather than a traditional cost structure, enabled the agencies and Booz Allen to share in the risk, reward, results, and impact.

Guided by extensive research and visitor feedback, a team of Booz Allen software engineers, cloud architects, customer experience specialists, and other experts used cloud-native microservices and the same technology as Netflix to build the platform from scratch in 15 months. In its first year of operation, Recreation.gov contributed to approximately 4.2 million online transactions, more than 200,000 mobile app downloads, and 3.9 million camping reservations.

In 2020, as COVID-19 shut down travel and recreation, the Recreation.gov team quickly deployed new functionality on the platform, including a timed-entry function that allowed safe scheduling of millions of visits. Visits to Recreation.gov increased by 106 percent over the previous summer, and the site hosted more than 3 million sessions per week. The mobile app was downloaded more than 475,000 times in just 3 months.

“While fear and uncertainty initially shuttered our national parks, a determined team of designers reopened them safely when our nation needed it the most. That’s the power of innovation,” said Booz Allen Executive Vice President Susan Penfield.

Since 2016, Penfield has led Booz Allen's Chief Technology Office in helping to foster a culture of innovation, entrepreneurship, and empowerment throughout the firm.

Booz Allen's support for innovation is physically manifested in our award-winning work spaces. They include The Helix, Booz Allen's center for innovation, and five regional iHubs—spaces that the firm moved online during the pandemic. Virtual programming included:

In an employee survey, over three-quarters of respondents said that the virtual programming had inspired them to think more boldly and courageously.

Even during the many challenges of 2020 and 2021, Booz Allen maintained momentum for innovation inside of the firm and for the benefit of the world. Examples include:

Learn about careers and innovation at Booz Allen.