The U.S. military relies upon the electromagnetic spectrum (EMS) to conduct operations across all military domains—air, land, sea, space, and cyberspace. Moreover, EMS is a cornerstone capability for the Department of Defense (DOD) warfighting concepts, such as Joint All-Domain Command and Control (JADC2) and multidomain operations in general. EMS, for example, is a critical enabler for military communications, radar systems, signals intelligence, electronic warfare, command and control, guidance for weapons systems, situational awareness, and much more.

But in recent years, the military’s ability to operate freely and confidently across the EMS has been increasingly contested by near-peer competitors and adversaries. In response, Congress began directing the Services, the Joint Staff, and the U.S. Strategic Command (USSTRATCOM) which oversees EMS strategy and policy—to develop plans and capabilities to enhance U.S. military EMS operations. The 2019 National Defense Authorization Act, for example, tasked the Pentagon with developing a “Plan to Conduct Campaign Modeling and Wargaming for Joint Electromagnetic Spectrum Operations (JEMSO).”

Responding to these Congressional directives, USSTRATCOM in 2020 launched an EMS modeling and analysis initiative to develop a capability for campaign-level modeling and analysis. While campaign modeling tools existed at this time, they lacked the information necessary to model and analyze JEMSO within a contested EMS environment. With more robust modeling tools in hand to conduct campaign-level modeling, wargaming, and analyses of various EMS environments, the Joint Staff could more clearly understand where to prioritize and invest in JEMSO capabilities. 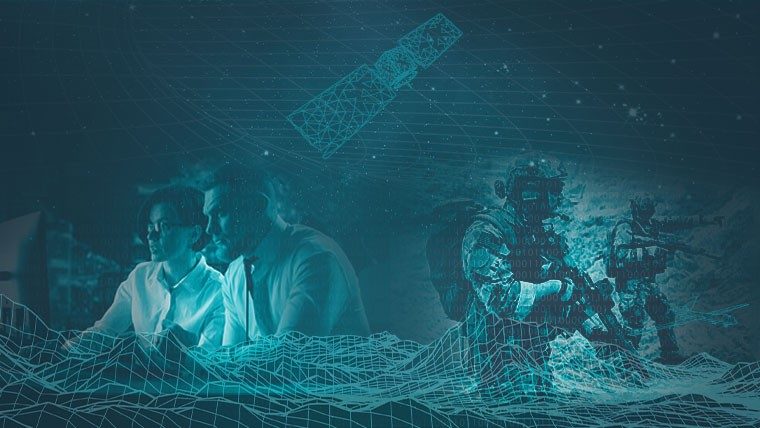 The Approach: A New Roadmap for JEMSO Modeling and Analysis

Booz Allen rapidly developed and drafted for its USSTRATCOM client a new roadmap plan for developing an improved capability to model and analyze EMS-reliant military operations for senior leadership decision support. It also has been aiding efforts to execute that roadmap across multiple lines of effort that involve numerous partners and participants.

In early 2020, USSTRATCOM contracted with Booz Allen to develop a plan that would serve as the roadmap for the command’s new EMS modeling and analysis initiative. Booz Allen applied a proven modeling and analysis framework to draft the roadmap, which calls for developing a variety of campaign- and mission-level modeling, wargaming, and analysis tools that could inform senior leaders about the impacts of contested EMS. These tools, as they continue to be developed and deployed, will also inform force management and force planning decisions in support of National Defense Strategy implementation.

The Booz Allen team completed a draft of the roadmap in remarkably short time—only 2 weeks. And the Joint Staff subsequently fast-tracked the roadmap through general officers/flag officers review to get it finalized within 1 month after Booz Allen received the initial task. The Joint Staff subsequently used the plan as the basis for answering the 2019 NDAA Congressional tasking. The Joint Staff also identified the USSTRATCOM-led initiative as one of the explicit tasks necessary to implement the DOD EMS Superiority Strategy that the Secretary of Defense signed in 2020.

USSTRATCOM based the plan, titled Joint EMS Operations (JEMSO) Modeling and Analysis Roadmap, on a modeling and analysis framework that Booz Allen utilized and employed to help the U.S. Space Command better understand the campaign- and mission-level effects of a degraded space environment on U.S. military operations.

In short, the plan lays out a broad framework for understanding how specific missions in specific theaters may be vulnerable to degraded EMS environments, so senior leaders can then bring that information to the campaign level to better understand which vulnerabilities should be prioritized for mitigation efforts or budget planning.

The Solution: A Clear Path Forward for Better Decision Making

The rapid development, drafting, and approval of the JEMSO Modeling and Analysis Roadmap gave senior leaders at USSTRATCOM a clear path forward to address congressional directives, and to become far better informed as it makes senior-level decisions on how, where, and when to modernize JEMSO capabilities. The roadmap fed directly into the creation of the DOD’s EMS Implementation Plan and has been guiding DOD efforts to strengthen EMS capabilities.

For this last line of effort, Booz Allen, using its modeling and analysis framework, has built 26 joint mission threads (JMT) to help senior leaders better understand the effects of degraded EMS conditions on those specific missions as well as how they affect outcomes at the broader campaign level. Booz Allen used these JMTs as a foundation to develop adversary EMS effects analysis for multiple combatant commands. 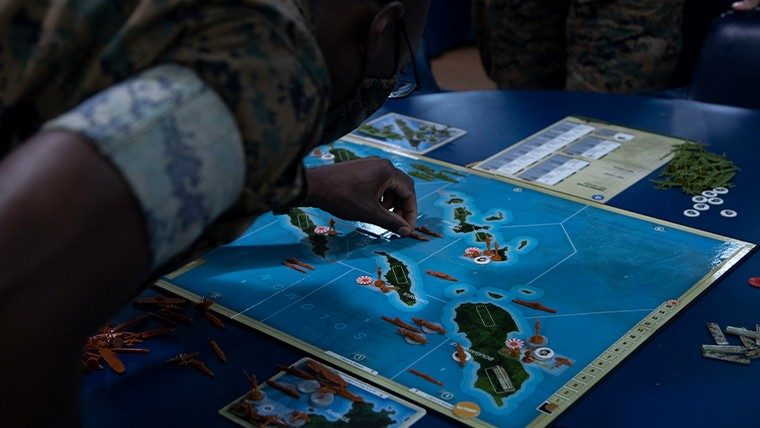