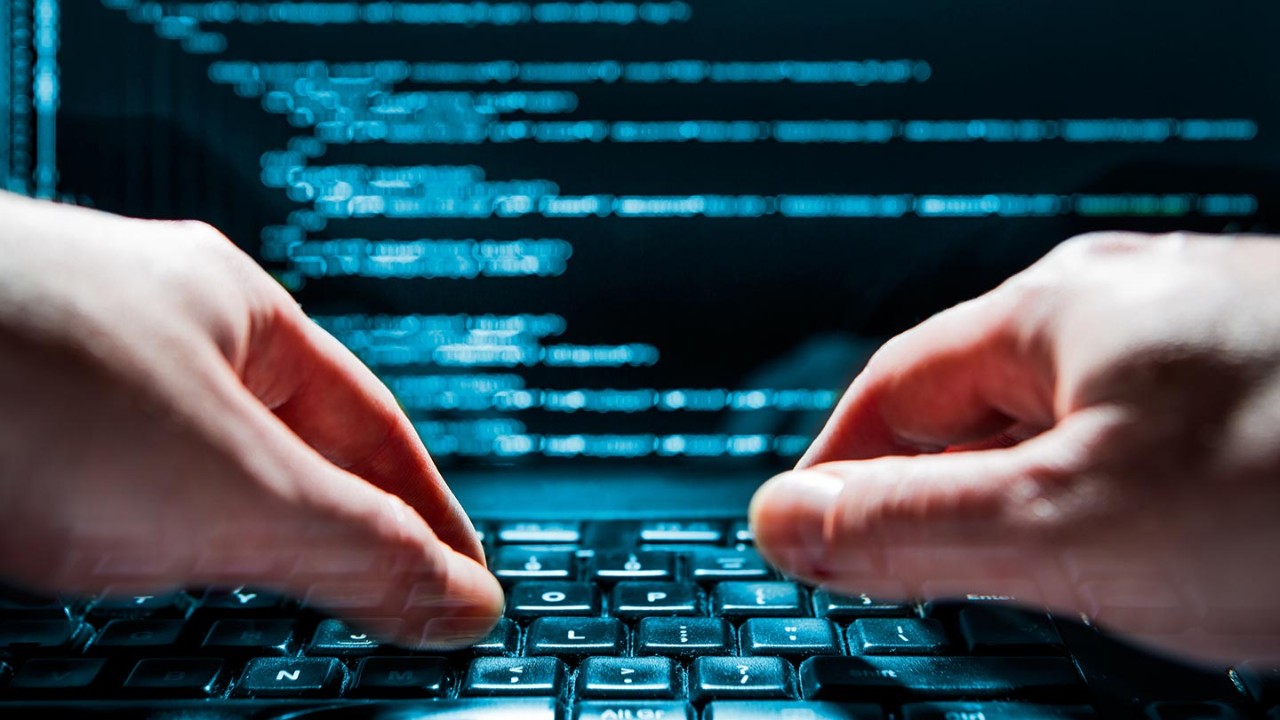 Network defenders are responsible for detecting and blocking malware. Traditionally, malware might connect directly to a suspicious domain or IP address, which could be detected and blocked at the firewall. Today, however, malware may take any number of creative routes out of the network to avoid detection.

Efforts by malware authors to avoid detection haven’t stopped at Twitter posts, but very few techniques are both exceptionally evasive and inexpensive. Our research warns that public web caches, when configured to reflect unkeyed content on cached pages, could be used for command and control (C2) in a manner that is extremely difficult to block or investigate. This blog post will cover the details of the technique, demonstrate how it can be used for C2, and discuss potential mitigations.

Before discussing the technique, we need to cover a few key concepts. For a more detailed background, we recommend Practical Web Cache Poisoning by James Kettle from PortSwigger.

The web cache then needs to determine which response, if any, should be served to the user. This is often done by matching a cached response to a set of cache keys, or parts of the HTTP request that fully identify the resource being requested. For example, two requests with the same path, URL arguments, and host header could be treated as identical requests and deserve the same cached response, despite having different user agents. These cache keys will likely vary between web cache implementations and configurations.

Let’s start by observing some cache functionality on the search page of a website, which has several important features1

3. The q URL argument is treated as a cache key, while others are ignored (like p)

The first response includes the header X-Cache-Status: MISS, signifying that it did not come from the cache but was likely stored. The second response includes the header X-Cache-Status: HIT, signifying that it did come from the cache. And indeed, its body content matches that of the first.

Let’s try those two requests again, but this time in the reverse order.

Just as before, the first response was uncached, stored, and later served to the second request. In this case, however, the cached response now includes information only present in the first request—specifically, p=bar.

If we imagine these two requests came from different clients, this, in effect, is the essence of cache poisoning, which would ordinarily be succeeded by a lesson in cross-site scripting.

However, this could also be described as a transport mechanism, whereby one client effectively transported the data p=bar to another by first storing it in a public web cache under the key q=foo. The web cache served as a sort of digital dead drop between clients who, perhaps following a trip through the onion router, could retrieve the data so long as they knew exactly where to look.

With the premise of web cache tunneling covered, it’s time to introduce its working prototype, cachecat, which implements the plumbing necessary to utilize cache poisoning as a transport mechanism.3

We start by instantiating a Cache object with the URL of a vulnerable web page as well as its keyed and unkeyed arguments, which then behaves as a python dictionary backed by a public web cache.

This Cache object enables the storage of arbitrary data in a public web cache. While this implementation will feel very comfortable to Python developers, it comes with a severe limitation—reading data from the cache under a certain key itself writes to the cache if data was not already there. In other words, the act of reading from the cache is itself an act of writing, whether or not we have something to write. Without an additional solution, this behavior would severely inhibit communication between distinct clients. To solve this problem, we need a location where each client can look for new data, such that each client knows exactly where to look, but that is changing all the time.

Cachecat solves this problem by implementing a stack of pseudo-random tokens derived from a shared seed called a port. If each client knows the shared port and iterates over each step in the derived stack of tokens, they will converge at the top of the stack, achieving a shared—but dynamic—location to check for new data. This solution is implemented as a Session object and behaves as an iterator.

The concept of a Session ultimately enables full (albeit, slow) streaming of arbitrary data over a public web cache, which cachecat also implements in a familiar manner. 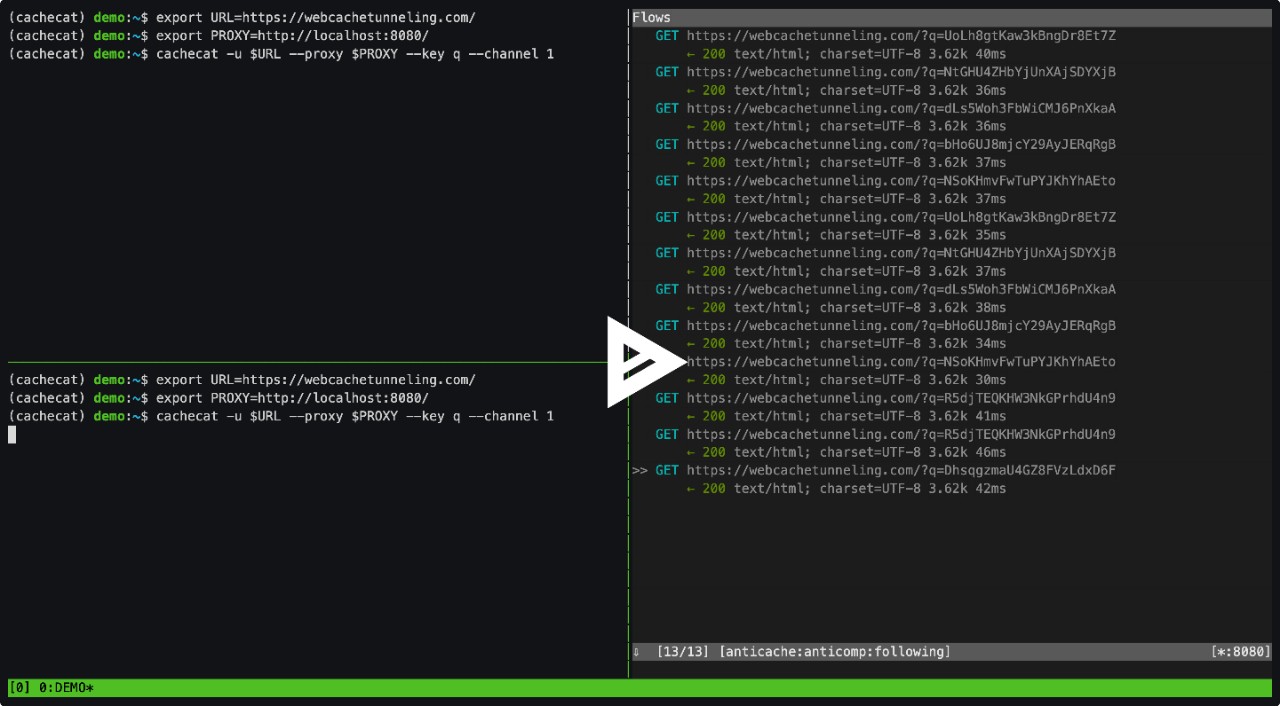 As this research has shown, arbitrary data can be tunneled over an improperly configured web cache with decent reliability. Continued improper web cache configuration, specifically reflecting unkeyed request content on cached pages, could lead to malware using any number of vulnerable but extremely popular websites for command and control without a trace, making network detection and investigation effectively impossible.

As a website or web cache operator, avoid caching pages that reflect unkeyed content from the request, such as URL arguments or HTTP headers. If a page must reflect dynamic content, make sure it is either present in the cache key (proxy_cache_key for nginx), or make sure the page is not cached at all. If you’ve previously resolved a web cache poisoning vulnerability with content filtering, you’re likely still vulnerable to this technique.

This blog series is brought to you by Booz Allen DarkLabs. Our DarkLabs is an elite team of security researchers, penetration testers, reverse engineers, network analysts, and data scientists, dedicated to stopping cyber attacks before they occur.

1. This cache arrangement was chosen for its simplicity and clarity. For an alternative example, the entire URL could be keyed, while the Referer header is unkeyed and reflected. Any combination would work, as long as some controllable unkeyed content is reflected on cached pages.

2. Note that reflected does not mean unfiltered, nor does it have to in this case. For this technique to work, we just need the content to exist, we don’t need it to execute.

3. Cachecat was built for this particular cache arrangement, that is, a cached response that reflects its URL, with a subset of its query arguments serving as cache keys. Several components of cachecat are dependent on that arrangement, including the packaging of data into HTTP requests and the parsing of data from HTTP responses, but those could likely be modified to fit an alternate environment.