Booz Allen to Produce Communications System for Department of Navy

McLean, Va. – The Naval Information Warfare Systems Command (NAVWAR) recently hit a significant milestone and transitioned the first wave of Information Warfare Research Project (IWRP) Other Transaction Authority (OTA) prototypes into production through an Other Transaction Production (OTP) award using 10 U.S.C. 2371b(f) Authority. As part of this process, which provides an accelerated pathway to rapidly test and put critical technology in the hands of our nation’s warfighters, Booz Allen Hamilton (NYSE: BAH) was awarded an OTP to deliver next-generation communications solutions to United States Marine Corps (USMC) sites. This not only marks one of NAVWAR’s first prototype OTAs transitioned to OTP, but this is also the first time Booz Allen has successfully transitioned one of the firm’s government-awarded prototype projects into production, representing important milestones for Booz Allen and NAVWAR.

Winning on complex battlefields of the future requires technology solutions that improve performance, readiness, and resilience. In January 2019, Booz Allen was awarded the very first IWRP project to develop a Low Altitude Range Communication System (LARCS) prototype that would provide seamless communication between approaching USMC aircrafts, facilities, as well as troops themselves. After having successfully developed and fielded the prototype, Booz Allen has now been granted authority to see LARCS through to production and integration at nine additional USMC sites.

“The battles of the future will be won by those who maintain superior situational awareness and act on it fastest, empowered by innovation in emerging technologies,” said Booz Allen Vice President, Heather Walker, the leader of the firm’s Department of Defense business in North Charleston, SC. “That’s why we’re working with our clients to produce new technology that enables interconnected and information-advantaged warfighting systems. We’re very proud to have been selected to see our prototype through production, using our in-depth mission knowledge and leveraging methodologies like model-based systems engineering to equip our nation’s warfighters faster.” 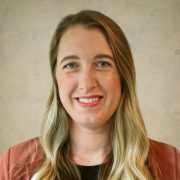