Winning in a new terrain

It’s no secret that the Islamic State’s skillful use of social media has played a central role in its rise and continuing success. The terrorist group can reportedly generate as many as 200,000 tweets and disseminate an average of 38 unique propaganda events each day.

Still, it’s not the volume of ISIS messages but their rapid spread and powerful impact that makes ISIS such a dangerous force. In the hands of ISIS propagandists, social media has dramatically increased the group’s reach and influence.

Gruesome videos of ISIS atrocities spread fear and intimidate its enemies into submission, while news and events are quickly promulgated with ISIS’s own interpretation and message. Through its adept use of Twitter, Facebook, Tumblr, and other social media, ISIS not only draws a continuous stream of new recruits to its regional strongholds, but it now inspires followers to commit terrorist acts in the Western nations where they live.

Clearly, social media is pushing the boundaries of information operations and the concept of the traditional battlespace. While ISIS and other U.S. adversaries are exploiting social media as a reliable force multiplier, the United States and its allies are actively exploring new and innovative ways to use new media as an effective tool of influence.

“As ISIS blends both traditional and social media to gain influence, Booz Allen is helping U.S. operators get ahead in this increasingly diverse new battlefield.” 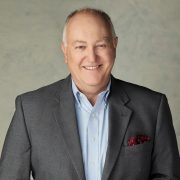 Learn how the U.S. and its allies are actively exploring new and innovative ways to use new media as an effective tool of influence.