The Time Has Come for Directed Energy 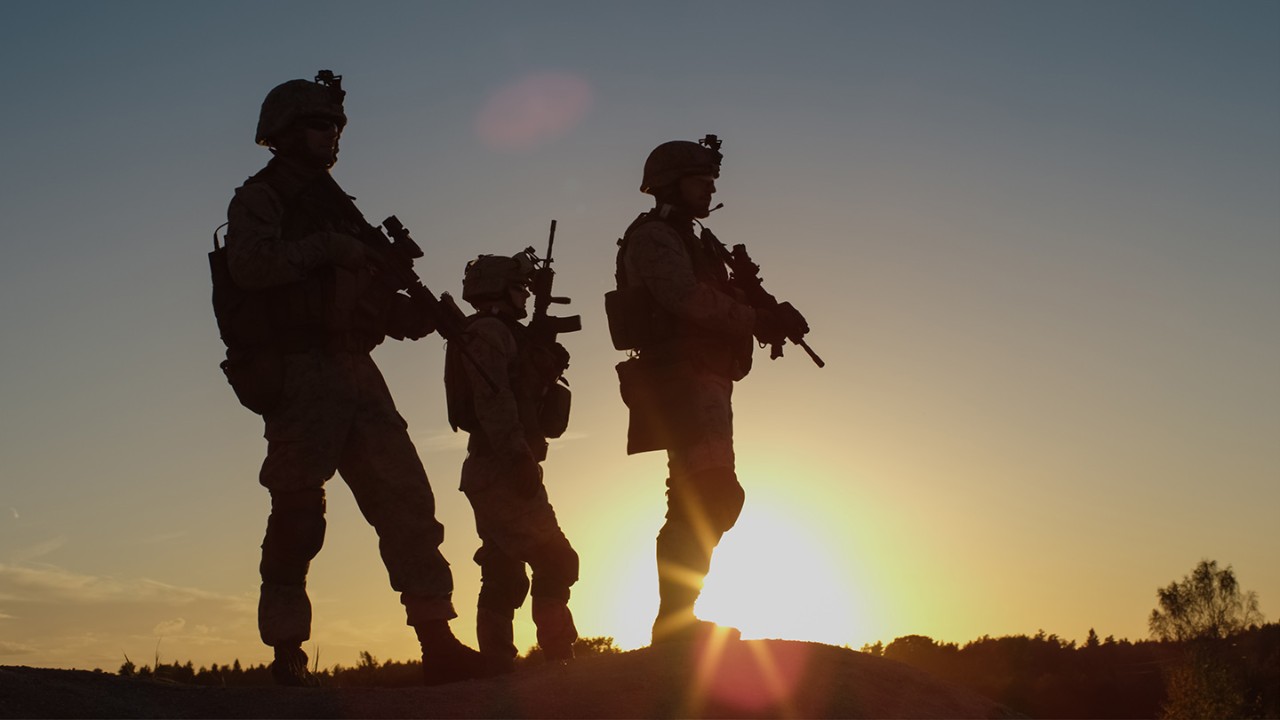 A menacing swarm of inexpensive unmanned aerial vehicles (UAV) surveil and threaten U.S. soldiers on the battlefield. The commander on the ground wonders: do I expend limited (and expensive) rounds from high-end air defense systems to engage the UAVs? What if they’re a decoy for a more serious threat? And what if the enemy has more of these cheap UAVs in reserve?

One answer to this dilemma: Directed Energy weapons – high-energy laser and high-power microwave systems – which boast extremely deep magazines at a low cost per shot.

Real-life scenarios such as this one have the Pentagon’s attention, and are the basis for both Urgent Operational Needs (UONs) and formal requirements within the traditional Department of Defense (DOD) acquisition process. They have the attention of policymakers, too, which has led to increased political and policy support over the past several years as the number and lethality of threats for which kinetic solutions are either not sufficient or cost-effective grows.

“We have to keep U.S. technology ahead of the threats so that we can effectively counter threats across the spectrum versus trying to catch up,” said Congressman Tim Ryan (Ohio), at the 2018 Directed Energy Summit. “We've got to find the common purpose of protecting the United States, and Directed Energy can be an important part of the arsenal because of the potential to address [a] wide range of threats ranging from nuclear ICBMs to hypersonics, to rockets, artillery, mortars, to UAS, and small and fast boats.”

That imperative is the driving force behind why this once-futuristic technology is ready to take a meaningful role in the DOD arsenal and impact the traditional order of battle. 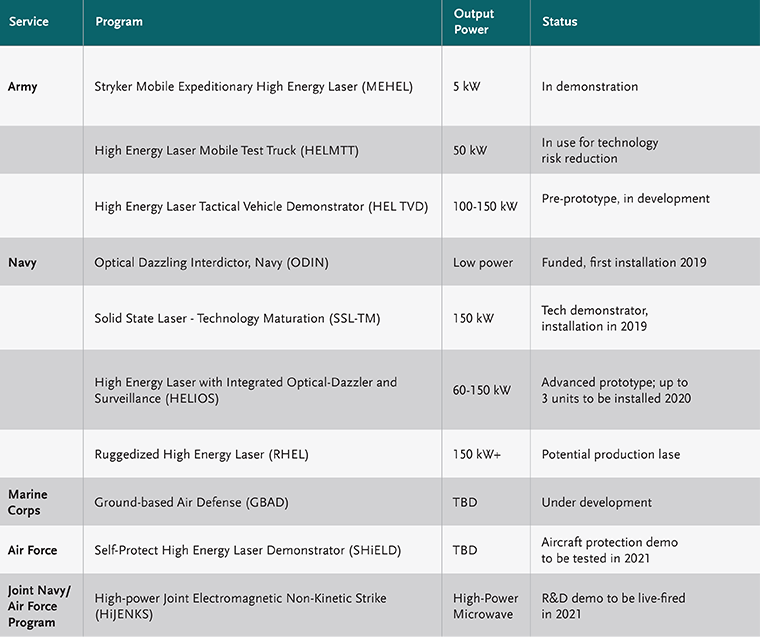 As threats continue to evolve in quantity (e.g., swarms of UAVs or fast inshore attack craft (FIAC)), speed (e.g., hypersonics), and lethality (e.g., highly maneuverable cruise missiles and intercontinental ballistic missiles), the services are being challenged to identify ways to counter them. What they’ve found is that the deep magazine, speed-of-light engagement, and favorable cost-exchange ratio of Directed Energy weapons help to counter these qualities.

“The threats are real. We know that. The capability gaps exist. Around the world, we're seeing this proliferation of relatively inexpensive threats from rockets and missiles and artillery and mortar and UAVs,” Senator Martin Heinrich (New Mexico) was recently quoted as saying. “In every wargame scenario,” he continued, “these weapons are proliferating and threatening our ability to operate freely. The proliferation of rockets, of cheap artillery, of cheap mortars, of UAVs and missiles: that is the problem.  And Directed Energy is the solution.”

What was once pursued in a laboratory environment is now an operational necessity, and our continued military superiority may very well depend on how well that transition occurs.

Responding to new strategic realities, the updated U.S. National Security Strategy and National Defense Strategy (NDS) underscore the importance of technological advantage. As have senior DOD leaders: at this year’s Directed Energy Summit held in March of 2018, Dr. Michael Griffin, Under Secretary of Defense for Research & Engineering, urged the U.S. to recommit itself to technology superiority, saying, simply, “We have to have the technological leverage.” An expanded role for Directed Energy weapons will be a key part of answering the NDS’ call for – among several other strategies – maintaining military overmatch, enhancing missile defense, and sustaining our competence in irregular warfare and low intensity conflict.

”We’ve seen a momentum building for Directed Energy during the last few years, with consistent budget request increases and more media attention,” says Mara Motherway, Booz Allen’s head of government relations. “There’s greater advocacy on the Hill for not only how to grow funding for Directed Energy, but for ensuring that the Department of Defense has the right structure in place to manage the growing funding and ability to take risk.”

Directed Energy weapon technology has matured rapidly over the past five years. Leaders from DOD, Congress, the Services, and industry are generally in agreement that Directed Energy has evolved to the point where it is technologically credible and operationally usable. The military services have driven progress through UONs and formal requirements setting, and worked with government laboratories and industry to field operational prototypes, conduct live-fire exercises, and hold detailed simulation exercises to understand the operational impacts of mature Directed Energy technology. And that increased understanding has led to investment in systems and prototypes that are laying the groundwork for the first generation of fully-fielded Directed Energy weapons (see Table).

With increased funding and accelerated acquisitions come greater scrutiny. The Services and industry are working to ensure these efforts produce validated requirements, buy down future program risk, and, ultimately, provide value to both the warfighter and the taxpayer.

The threats are urgent and real, and doing it fast doesn’t mean it can’t be done right. The time is now for Directed Energy to make the leap from successful demonstrations to equipping the men and women conducting the daily mission of security and defense. 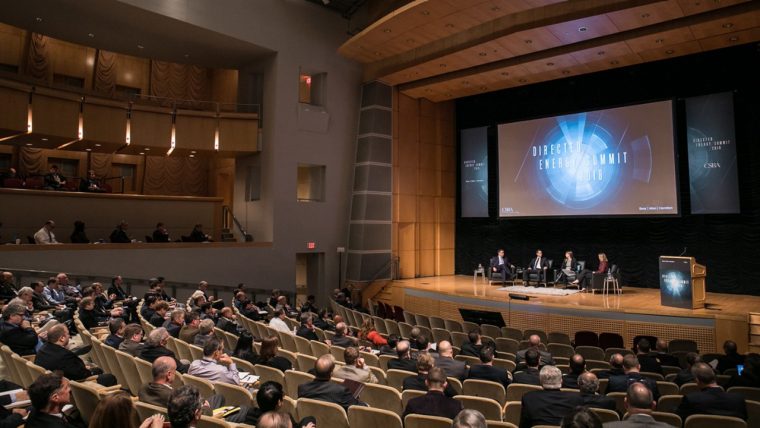 Hot topics from the 2018 Directed Energy Summit and what it will take to get directed energy weapons on the battlefield. Read More