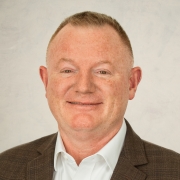 Rob Thomas is a leader in Booz Allen’s Army business. Based out of the firm’s Huntsville, Alabama, office, he serves as the missiles and space portfolio lead for the weapons subaccount, applying expertise in all phases of program management. The organizations his work supports include the Missile Defense Agency (MDA), Program Executive Office Missiles and Space, and Space and Missile Defense Command.

Rob joined Booz Allen in 2019 after retiring from the Army following 30 years of service in all three combat arms branches. He started out as an enlisted artillery soldier, then became an officer in the Armor branch, serving in both Armor and Infantry units. After many overseas tours and deployments, he retired as a colonel.

As an Army acquisition officer, product manager, and program manager working in weapons development, Rob was exposed to every aspect of weapons research, development, funding, and use on the battlefield. He developed skills that enabled him to coordinate the efforts of multiple cross-functional teams, manage systems, and administer complex acquisition programs.

Rob came to Huntsville in 2014, when he started working with MDA. There, he was director of ground testing for 3 years before becoming program manager for global deployment. In that position, he led the Global Deployment Program Office, focusing on the deployment of Ballistic Missile Defense System global capabilities and supporting multiple sensor and weapon system programs.

Rob is a certified project management professional and is Defense Acquisition University Level III-certified in program management. He holds a bachelor’s degree from the University of Missouri and a master’s degree in procurement and acquisition management from Webster University.