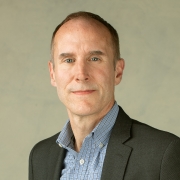 Dave Forbes is an analytics leader who drives Booz Allen’s service offerings around analytics, infrastructure, and innovation. He has more than 22 years of experience in defense-related operations and consulting and leads Booz Allen’s Navy and Marine Corps Infrastructure and Environment business, supporting clients in the National Capital Region, as well as across the continental United States and the Asia Pacific. He also plays a leadership role in developing industrial cyber security capabilities at Booz Allen.

Prior to joining Booz Allen, Dave worked as a strategic planner in the Office of the Secretary of Defense (OSD), Under Secretary of Defense for Policy. In this role, he worked and coordinated with OSD leadership, combatant commands, secretaries of military departments and service chiefs, as well as service staffs and the defense policy community.

Dave also served for 11 years in the U.S. Army. He was posted to command or staff positions at the company through division-level, culminating his time in service as a staff officer in the Office of the Deputy Chief of Staff for Logistics, Headquarters, U.S. Army.

Dave earned a master’s degree in public policy with a concentration in science and technology from the George Mason University School of Public Policy and a B.A. in international relations from Norwich University, the Military College of Vermont. He is a member of the Norwich University Board of Fellows for the College of Liberal Arts.