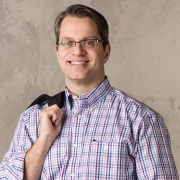 Vice President Steve Harrell is a leader in the firm’s engineering and science businesses. He has more than 25 years of experience across the Department of Defense (DoD) networking and communications fields.

He is an expert in satellite communications, acquisition, strategy, and program management and has supported clients such as the U.S. Navy, U.S. Air Force, and DoD Chief Information Officer and Defense Information Systems Agency (DISA).

Since joining Booz Allen in 1992, Steve has been involved in numerous high-profile engagements, including: