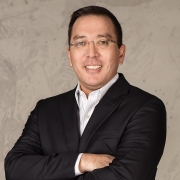 The organizations that he’s developed engineering and software solutions for include:

Prior to his role in Aberdeen, Mike led the firm’s network engineering team in Los Angeles, California, where he designed and implemented solutions for military satellite communications and software-defined radio networks for the Air Force and Navy. Mike also led studies on network technology trends for clients such as Global IP Solutions and a joint research venture with UCLA to further advance solutions for cross-layer design of energy-aware mobile ad hoc wireless networks.

Prior to joining Booz Allen, Mike was a captain in the U.S. Army Signal Corps where he held numerous leadership and engineering positions for tactical communications supporting Armed Forces Command, Southern Command, and several deployed Joint Task Forces around the world.

Mike holds an M.S. in information and telecommunications systems from The Johns Hopkins University and a B.S. in computer science from Augusta University. He is a certified project management professional and a published author and member of numerous technical societies.