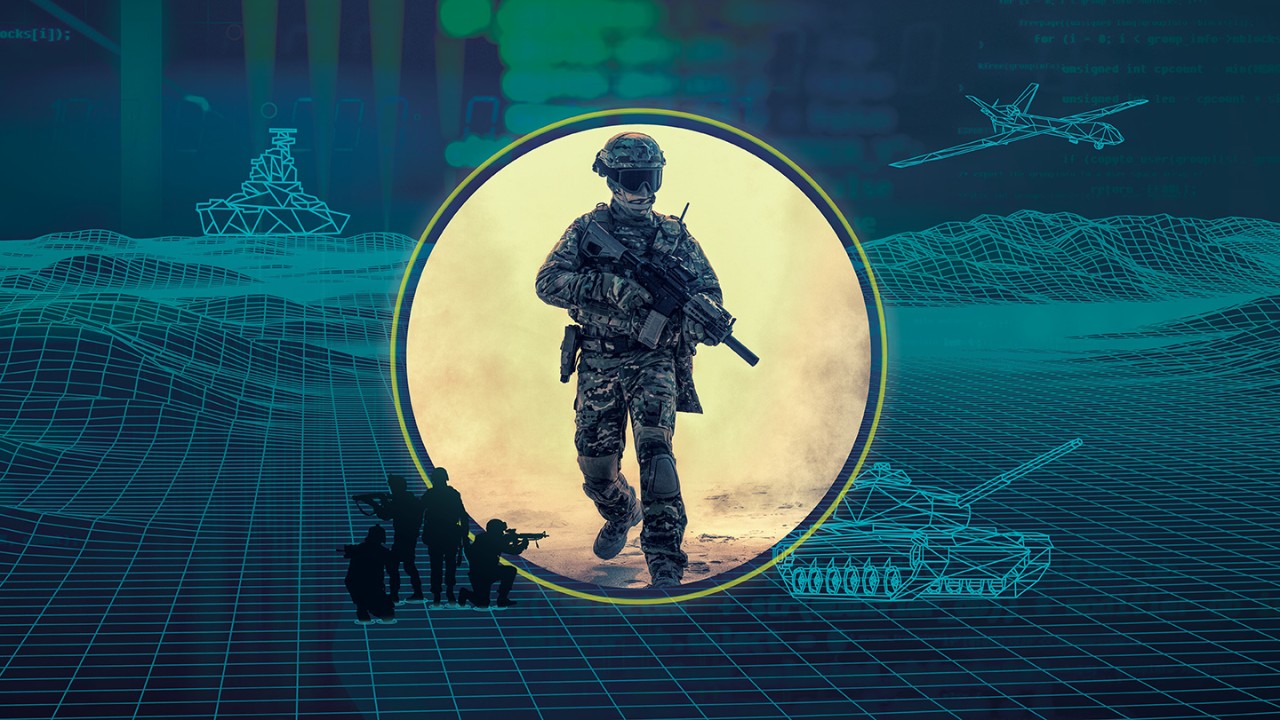 Learn more about information supremacy and the future of warfare. Watch our webinar: Achieving Overmatch in the Digital Battlespace >>

How can the U.S. military ensure a force that is ready, survivable, and lethal even as near-peer opponents compete for information supremacy? The answer: with systems that are open, smart, resilient and secure, even at the tactical edge. Success in information warfare depends on technologies like artificial intelligence (AI), edge computing, augmented reality (AR), and virtual reality (VR).

These technologies are essential components of an information-driven, fully integrated environment extending across all warfighting domains: what we call the digital battlespace. Embracing this vision will help transcend today’s organizational and acquisition boundaries, integrating critical networks and ensuring elements work together even in low-bandwidth or cyber-challenged situations.

Establishing information supremacy is a key priority in the digital battlespace. By recognizing information as the central organizing feature, the Department of Defense (DOD) can gain a holistic view of defense initiatives and operations. Considerations from risk assessments to tech upgrades can then be placed in context of the entire ecosystem.

“We believe enabling a digital battlespace will be critical for achieving overmatch of our near-peer competitors.”

Technologies like AR/VR, AI, and edge computing are transforming warfare, bringing information to military teams when and where it’s needed—all the way at the tactical edge. Here are four ways defense leaders can use converging technologies to win in the digital battlespace:

Data is the lifeblood of mission success, yet warfighters are—like the rest of the world—  saturated with information. The military can use a common data fabric to unite ecosystems and advanced analytics to transform data into actionable intelligence and deliver it in real time for operations on land and sea, in the sky, space and cyber space.

The common data fabric will connect enterprise, tactical, and tactical edge networks, with platforms customized for the mission at hand. Unlike siloed legacy systems, next-gen data solutions will use open architectures, reducing vendor lock-in, increasing innovation, and lowering costs. These solutions will allow defense leaders to focus more on the advanced analytics programs rather than on the underlying architecture itself. And advanced analytics will allow warfighters to focus on analysis in real-time rather than observation and data management.

“In this era of pervasive information in our personal lives, where everything is connected … we need to provide the same capability to our fighting force.”

But shifting to new systems architectures and analytics tools is a significant undertaking. It requires detailed planning, preparation, and time to implement. Dependencies and legacy systems must be accounted for; personnel must be trained and acclimated.

Fundamental recommendations on how to implement open architectures include:

By building a modular, open architecture for advanced analytics platforms, JIDO can continuously adapt and innovate as new ML and other advanced technologies emerge.

Defense leaders must consider how all the solutions listed above will get to their most important asset—the warfighter. Empowering the dismounted warfighter and squad is vital at every step of the mission lifecycle.

“This digital battlespace concept has to go wherever the warfighters are: on the battlefield, in the air, on or below the sea, or at the tactical edge.”

Electronic warfare and cyber operations are critical to enabling seamless battlefield operation, including identification of threats in real-time, which requires technologies that allow warfighters to securely collect, process, and share data and intelligence at the edge. Information superiority leads to a more survivable fighting force, and ensuring expertise in information integration, dissemination, and protection is critical to winning the information war.

The makeup of information warfare tactics changes as technology advances. Today, examples include edge computing and broad cybersecurity solutions. Edge computing is commonly understood as computer processing at distributed rather than centralized servers. At Booz Allen, it means making computer processing possible on endpoints at the point of data collection—all the way to the tactical edge. This ability to electronically gather and process data in real-time is designed to give warfighters the most relevant information, in as little time as possible.

Cybersecurity solutions vary widely, but in general, they’re designed to help detect and stop lines of attack, interpret the intent behind adversaries' activities, and find ways to defeat attackers.

“To support independent, yet coordinated decisions and effective action, information needs to go securely to where the warfighter is … wherever the mission leads.”

But cybersecurity needs to be built into solutions from the ground up and considered essential to every initiative, rather than bolted on at the end. For example, military cyber attacks against physical infrastructure, including industrial control systems (ICS), have increasingly been used to harass adversaries. Many military ICSs predate modern systems that rely on internet protocol-based connectivity, opening them up to new vulnerabilities even as they are eventually joined to modern networks. Consequently, these systems require a tailored cybersecurity approach that differs from traditional IT security practices, well before they are connected to a larger network.

Defense leaders are increasingly offering advanced simulation and training to warfighters. Realistic immersive solutions, like VR and AR scenarios, allow trainees to virtually fight the battle numerous times before putting boots on the ground—without the dangers of live military training.

According to a recent Harvard study, the United States Special Operations Command estimates that roughly 85% of the repeated concussive events occur in special operators during a training environment. Combined with human performance principles and data-driven metrics, virtual training can help military teams learn faster and perform with greater speed, accuracy, and confidence. What’s more, research by the Government Business Council has determined that immersive training can reduce overall training costs.

But transitioning from live military training to immersive, like any process shift, requires strategic planning and adequate preparation. For example, training must account for “dynamic occlusion,” which reflects the subtle differences between virtual and physical reality. And leaders must determine how live and virtual training can create a unifying, not disconcerting, experience.

Now is the time to incorporate new technologies, agile processes, and open frameworks. Superior situational awareness will lead to a more successful and survivable fighting force. The nation will be equipped to win where future battles will be fought—in the information realm. 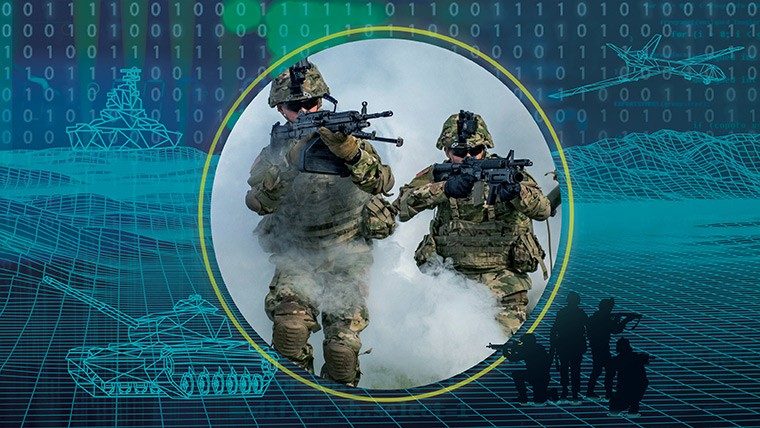 Explore a connected platform that delivers warfighters the right data at the right time. Read More 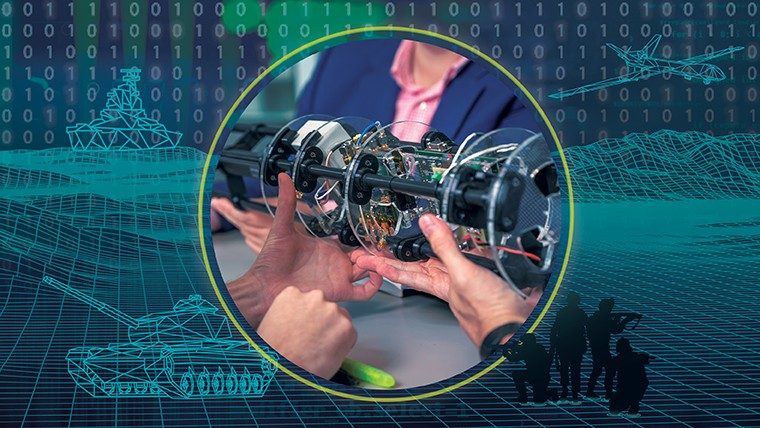 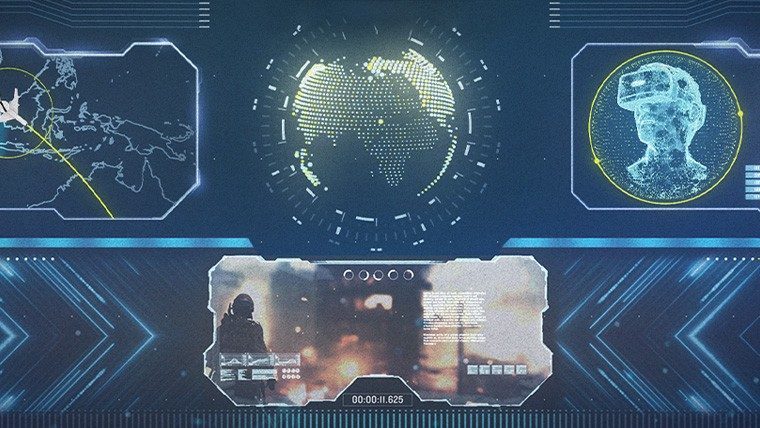 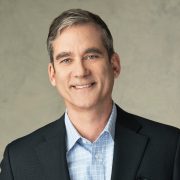 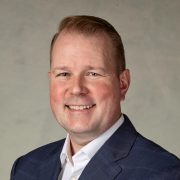 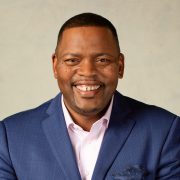 Are you ready to drive real-world change using the latest technology?

We’re looking for problem solvers like you to create mission-critical solutions that help keep our warfighters safe.