The ability to plan, predict, execute, and modify is what allows U.S. warfighters to advance the defense mission. For the U.S. Air Force, this means reimagining how its leaders orchestrate and sequence safe, effective operations. Booz Allen’s Tabletop Commander solution transforms older operational planning methods into 3D simulations where forces can act and interact—visualizing positioning, elevation, and range—and make rapid adjustments until all units are prepared for combat.

At Nellis Air Force Base, one of the largest fighter bases in the world, forces are engaged in combat training—sometimes day and night. The Air Force conducts its premier air-to-air combat training exercise, Red Flag, at Nellis to offer realistic training for pilots and crew members. These large-scale exercises demonstrate the importance of highly synchronized planning when involving up to 39 separate units from 26 countries flying 95 aircraft in tightly orchestrated missions, as was the case in Red Flag 2019. The complexity of the operations leaves little room for even the smallest of mistakes and demonstrates how serious any negative consequences could be for our forces and national safety. Every component, every aircraft, every crew member needs to be positioned and timed with precision for the entire operation to be successful.

In the past, the Combined Air Operations Center at Nellis has used databases and spreadsheets with air tasking orders (ATO), top-down 2D planners, or in some cases 3D game environments that were only viewable on 2D screens. The technologies available were either too manual and time-intensive or failed to provide interactive experiences enabling warfighters to practice rapid decision making in real time. The Air Force needed an immersive, modernized planning solution that would combine large-scale visualization with cross-functional collaborative capabilities to save time, as well as to reduce costly and potentially lethal mistakes.

The Air Force partnered with Booz Allen to develop a prototype through Tabletop Commander, our fully immersive platform that allows users to simulate high-risk exercises, interact with a visualized environment, and detect critical factors for the mission such as positioning, elevation, and connectivity. Through virtual reality (VR) headsets, it offers a shared experience for multiple users in the combat exercise, whether they’re in the same room or in different physical locations.

This type of solution could change the game for Air Force operational planning and replace the traditional wargaming exercise that requires too much time and manual activity. It could also uproot video games that don’t immerse the user or allow for strategic modifications based on data science and real-time results. Using natural language processing and machine learning, Tabletop Commander visualizes operational orders; projects the effects of variables like enemy positions, civilian locations, terrain, and weather on certain actions; and explores the consequences of different actions. The ability to visualize planned operations and effects in 3D over the battlespace can save time and improve the quality of the operational solutions.

Preparing for a military operation necessitates thinking of everything—from visualizing enemy intent to understanding weather patterns and effects in the electromagnetic spectrum. Traditional operational planning and modeling are no longer enough for modern warfare, where technology is now the advantage. Tabletop Commander allows the Air Force to run its data through natural language processing, contextualize it for visualization, and then use virtual reality to experience the outcome.

With a complete 3D battlespace stretching from orbit to air, to surface, to subsurface, Tabletop Commander delivers sophisticated and mission-critical capabilities to those who serve our nation. This entire process is powered by the best of data science and machine learning so that all information is analyzed for actionable results and turned around rapidly for safer and more informed decisions in the next exercise—and more importantly, in high-risk combat environments where mistakes come at too high of a cost.

More about Immersive at Booz Allen

Booz Allen Immersive is revolutionizing operations and training in close partnership with various federal, defense, and commercial industries. We create VR and augmented reality solutions for enhancing traditional education and training by focusing on increasing competency, efficiency, and content retention. Our approach employs more adaptable and modern instructional design, creating training that is more operationally relevant, individually tailored, and easily accessible—thereby reducing training time and minimizing cost. Our team is composed of world-leading talents from the AAA game industry, who are responsible for some of the most successful games of the last 20 years and now bring their skills to bear on the Department of Defense’s most intractable problems. 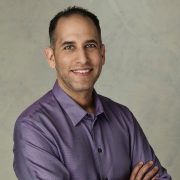