As industry continues its rollout of cellular 5G, it is looking to add bandwidth by using the portion of the electromagnetic spectrum now used by the Department of Defense (DOD)—creating the risk that commercial 5G signals will interfere with military communications. Booz Allen developed a prototype system that allows both commercial 5G and DOD to share the same spectrum.

Most commercial 5G cellular services currently operate at 3.3–4.2 gigahertz (GHz). In anticipation of increased demand for 5G, industry is looking to expand into the 3.1–3.3 GHz range, where the U.S. military operates its communications, control, and other systems. These 5G signals have the potential to disrupt military radar and other communications.

To address this challenge, under the auspices of its 5G to Next G program, the Office of the Undersecretary of Defense for Research and Engineering (USD(R&E)) is funding the prototyping of various spectrum-sharing solutions. As part of that effort, in early 2021 Booz Allen was selected as one of the awardees to develop and deploy a rapid prototype of such a system—in this case, one that would allow commercial 5G and Air Force Airborne Warning and Control Systems (AWACS) to share the same spectrum.

Booz Allen’s prototype system first digitizes the signals on the shared spectrum then uses artificial intelligence (AI) to identify potential conflicts. The system then determines what measures are needed to deconflict the signals and sends those to the commercial 5G station to implement.

Booz Allen began the project in February 2021 and is implementing a 15-month proof-of-concept phase. This includes developing, testing, and optimizing the software and hardware components and then testing the system as a whole in Booz Allen’s RF laboratories.

The testing takes place in a mixed-signal environment that simulates the effects of terrain, land clutter, buildings, atmospheric obstructions, and other real-world conditions that might affect RF performance.

Following the proof of concept, Booz Allen will conduct incremental testing and improvements to the system for 1 year at its own labs and at an Air Force electromagnetic compatibility facility. This lab testing will be followed by at least 1 year of field testing at Hill Air Force Base in Utah, where the AWACS involved in the project are based. 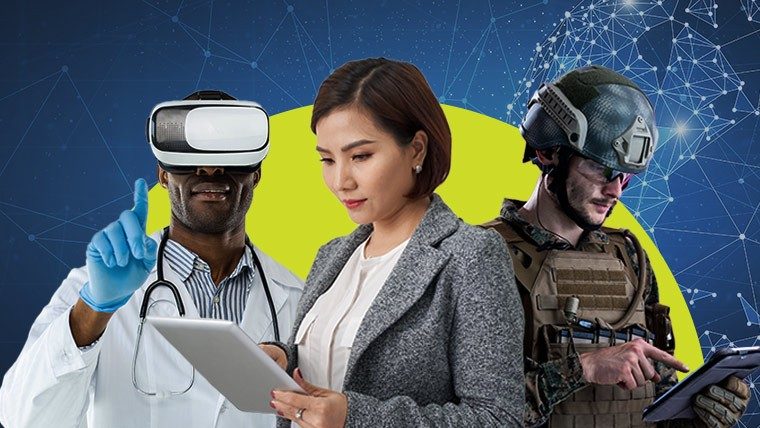 Modeling and simulation efforts in Phase 1 of Booz Allen’s prototype system have successfully demonstrated that Air Force AWACS can dynamically share the same spectrum as 5G cellular services. One way it does this is by substantially shortening the time it takes to discriminate, identify, and deconflict signals.

The system performs signal detection and generates response significantly faster than traditional systems. This capability makes it possible for the system to achieve one of the DOD’s primary goals for the project—the ability to initiate interference mitigation measures before a commercial 5G system can cause harmful interference to military communications.

In addition, Booz Allen was able to train and test the prototype’s ability to identify 5G and AWACS signals with nearly 100% accuracy, using a synthetic data generator and modeling software in a testbed environment.

The project’s success also demonstrated the feasibility of applying the same AI-enabled approach to 5G signal sharing for numerous other military, intelligence, commercial, and homeland security-related use cases. The system may eventually enable military and commercial signal sharing across an array of cellular and noncellular wireless communication systems.

This effort was sponsored by the U.S. government under Other Transaction Number W15QKN-21-9-5599 between the National Spectrum Consortium (NSC) and the government. The U.S. government is authorized to reproduce and distribute reprints for governmental purposes notwithstanding any copyright notation herein. The views and conclusions contained herein are those of the authors and should not be interpreted as necessarily representing the official policies or endorsements, either expressed or implied, of the U.S. government. 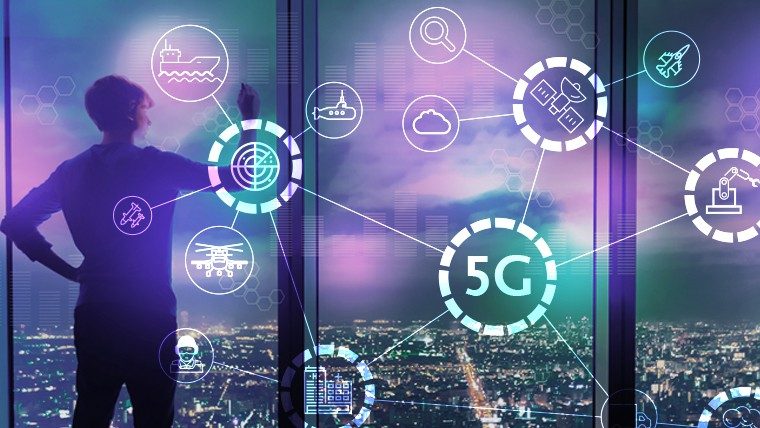 We deliver mission-focused cyber resiliency solutions our clients can rely on. Read More