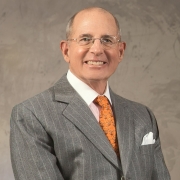 Charles Rossotti has been a member of our board since 2008 and a senior advisor to The Carlyle Group since 2003.

Prior to this role, Charles served as the commissioner of the Internal Revenue Service from 1997 to 2002.

Charles also co-founded American Management Systems, Inc., an international business and information technology consulting firm in 1970, where he served at various times as president, CEO, and chairman of the board until 1997. He currently serves as a director for The AES Corporation, Primatics Financial, and ECi Software Solutions, and as a trustee of Carlyle Select Trust. Charles formerly served as a director of Merrill Lynch & Co., Inc., from 2004 to 2008, Bank of America Corporation, from 2009 to 2013, Quorum Management Solutions from 2010 to 2014, Compusearch Software Systems, from 2005 to 2010, and Apollo Global, from 2006 to 2012.

Charles is a member of the Audit Committee.