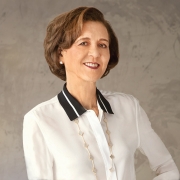 Joan Amble joined Booz Allen’s board in 2012. Joan is the president of JCA Consulting, LLC. Previously, Joan was the executive vice president, finance for the American Express Company from May to December 2011, and served as its executive vice president and corporate comptroller from December 2003 until May 2011. Prior to joining American Express, Joan served as chief operating officer and chief financial officer of GE Capital Markets, a service business within GE Capital Services, Inc., overseeing securitizations, debt placement, and syndication, as well as structured equity transactions. From 1994 to March 2003, Joan served as vice president and controller for GE Capital and GE Financial Services.

Joan serves on the boards of directors of Zurich Insurance Group, BuzzFeed, Inc., and Spire Global, Inc. Joan previously served as a member of the Standing Advisory Group for the Public Company Accounting Oversight Board (PCAOB) and on the board of directors at Broadcom Corp., Brown-Forman Corporation, XM Radio, and Sirius XM Holdings Inc. She also served as an independent advisor to the Control and Risk Committee of the Executive Committee of the U.S. affiliate of Société Générale S.A..

Joan is a member of the Audit Committee.