Blending state-of-the-art computer vision, AI, and edge computing technologies, Reveal delivers intuitive, rapid intelligence at the austere tactical edge where power, compute, and bandwidth are often in short supply. The company’s Farsight software platform provides special operators and squads in high-risk environments with actionable intelligence, surveillance and reconnaissance (ISR) capabilities at the unit level—without the need for network connectivity and on timelines measured in minutes and seconds, not hours and days.

“Reveal has developed solutions that increase situational awareness and accelerate the decision cycle for dismounted warfighters. Their technology provides rapid, actionable intelligence at the squad and soldier levels while answering the government’s call for speeding the delivery of applied and tactical AI to the battlefield, said Joel Dillon, Booz Allen senior vice president of digital battlespace special missions. “It’s a gamechanger—and something I wish I had when I was in combat.”

Booz Allen is committed to investing in strategic, defense-first, dual-use technologies that help speed up the adoption of advanced commercial technologies for public sector missions. Beyond special operations, there is future potential to apply Reveal’s technology to such mission-critical use cases as natural disaster response, public safety crises, maritime search and rescue, and more.

“Since 2015, Booz Allen has been scouting dual-use capabilities in emerging tech including across all areas of AI and machine learning (ML) to the edge.  Because of where we are placed in the innovation ecosystem we are uniquely positioned to help the government find, vet, access and field these emerging technologies to deliver impact faster to important programs of record,” said Brian MacCarthy, Booz Allen vice president of tech scouting and ventures. “By investing in leading-edge companies like Reveal, we are bringing ML and AI to the edge—capabilities that are central to prevailing in the digital battlespace.”

Founded in 2018, Reveal is a company of elite combat veterans, special operators, and top-tier technologists who truly understand the mission and the challenges of combat.

As the largest provider of AI services for the federal government, Booz Allen delivers some of the most advanced AI, ML and data architecture technologies, services and strategies through its work with the Joint AI Center, Army Futures Command and U.S. Air Force Air Combat Command, among others.

Reveal Technology, Inc., represents the new generation of technology companies, building mobile software that allows warfighters to leverage the power of applied AI to make better, faster decisions in high-risk environments. Headquartered in Silicon Valley, Reveal was co-founded by Garrett Smith, former combat-decorated Marine Corps Force Recon Officer, who completed two combat tours and earned a BYU BA and Stanford MA; Andrew Dixon, former Marine Corps Infantry Officer and Unmanned Mission Commander, who completed one combat tour and earned a Princeton BA; Parker Clark who served as CTO of one of the largest domestic commercial drone companies and graduated #1 from Stanford Engineering with BS degrees in EE/MS; and John Laxson, who has served in a variety of software leadership roles throughout the industry and is a Stanford graduate with a BS in CS. Follow us on LinkedIn. 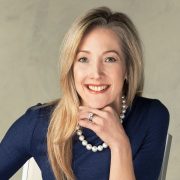