Providing a glimpse into the future of artificial intelligence

What is the true potential of artificial intelligence (AI)? How achievable, really, is the vision of an AI-enhanced future—and how quickly might we reach it? How can AI enable and transform government missions? These are the questions that occupied the U.S. Air Force (USAF) Air Combat Command’s Federal Laboratory, led by the Lab’s director, Major Raymond Tierney.

The U-2 Federal Lab’s mission is ambitious: to fast-field advanced technologies at a speed relevant to the warfighter. To achieve this goal, the Lab brings Booz Allen developers together with USAF personnel—the warfighters—who collaboratively brought this concept into reality. The team’s high level of integration is essential in enabling the Lab to produce at the speed of today’s national security demands.

This confluence of operator and developer was tested—and verified—on a critical project. In 5 weeks, the Lab successfully demonstrated the potential to operationalize AI, putting a proof-of-concept AI algorithm onboard a Lockheed U-2 aircraft (nicknamed “Dragon Lady”) for a training flight. The result: a novel conceptual integration of human-machine teaming on a notional and complex national security mission.

The Challenge: Put AI on a Reconnaissance Plane—Fast

The boundary-pushing collaboration began in September 2020, on the heels of another accomplishment. As part of its mission to modernize government capabilities by leveraging existing systems, the Federal Lab team demonstrated in fewer than 4 weeks the implementation of Kubernetes onboard the U-2, the high-altitude, intelligence-gathering aircraft type used by the USAF for more than 50 years. This represented the Department of Defense's first flight of Kubernetes, an open-source system designed for automating computer application deployment. Dr. Will Roper, assistant secretary of the Air Force for acquisition, technology and logistics, visited the Lab one month after the milestone flight and posed a compelling question: How long would it take the laboratory to update software on a U-2 in flight, in a manner similar to a cell phone? The answer turned out to be 2 days and 22 hours, when the U-2 Federal Laboratory updated advanced machine learning algorithms on a U-2 in flight. Impressed, Dr. Roper reached out to the Lab in November 2020 and proposed a new question: Could the team put AI on the aircraft—by the end of the year?

It was a challenge the team welcomed. But first, to approach a solution, the Lab team needed to answer some key questions:

With input from Dr. Roper and Major Tierney, the team determined that the experiment would be most worthwhile if it could prove the capacity for a partnership between human and AI. The tech would need to perform complex tasks but, importantly, would have to share a common resource with the pilot. This would force the desired human-machine interaction. Additionally, to be operationally relevant, it would need to function on the U-2’s existing hardware.

The Approach: Choose the Right Algorithm

As team leaders worked through the requisite legal and regulatory steps to gain permission to install the AI prototype on the aircraft, the development team focused on finding an AI algorithm that could meet the project’s needs. Simplicity was key, given the aggressive timeline. The team ultimately selected the MuZero (MZ) algorithm, but it wasn’t simply ready to use.

Next, the team needed to modify the MZ algorithm to conceptually demonstrate its ability to share the U-2’s sensors with the aircraft’s pilot by means of a bespoke interface. 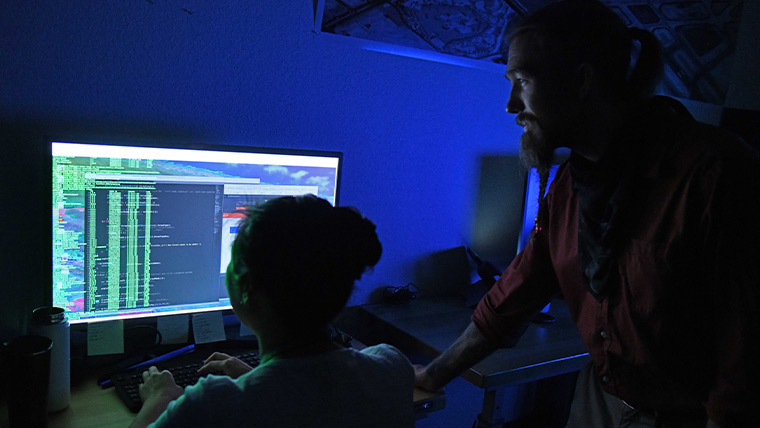 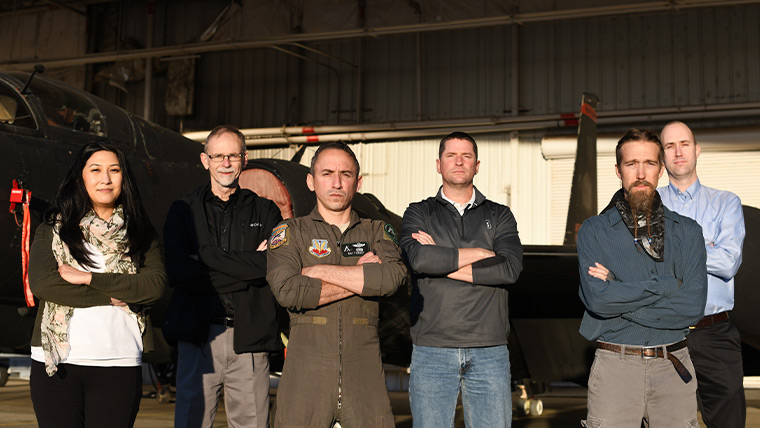 The U-2 Federal Laboratory team standing in front of the U-2 Dragon Lady. From Left to Right: Dr. Jeannine Abiva, Dr. Jeff Hanes, Maj. Raymond “Newt” Tierney, John Avera, Dr. Jesse I. Angle and Dave Dobosh. All civilians pictured are Booz Allen employees. Photo courtesy of the US Air Force

The Solution: An AI First for the U.S. Military

The team began training the algorithm in the Lab, teaching the AI to recognize decision points—and make the right choice.

Although rudimentary, the AI’s ability to perform these representative tasks in-flight lent credence to the concept that machines could partner with pilots to complete complex tasks as a crew. Such teaming, in which AI supports and improves human decision making, is the ultimate goal of operationalized AI in government missions.

Once permission was granted to retrofit the aircraft with the required hardware necessary to provide AI-pilot interaction, the team deployed the trained AI, along with a graphical user interface the pilot could use to interact with the system. On December 15, 2020, the USAF demonstrated the algorithm’s ability to emulate sensor system control on the U-2, marking the first known use of AI onboard a U.S. military aircraft.

Not only did the AI-on-an-aircraft experiment prove the potential for operationalizing AI; it also proved the efficacy of Booz Allen’s cutting-edge software delivery process. This approach can help aircraft crews adapt to sudden needs by delivering critical technology in months or even weeks rather than years. 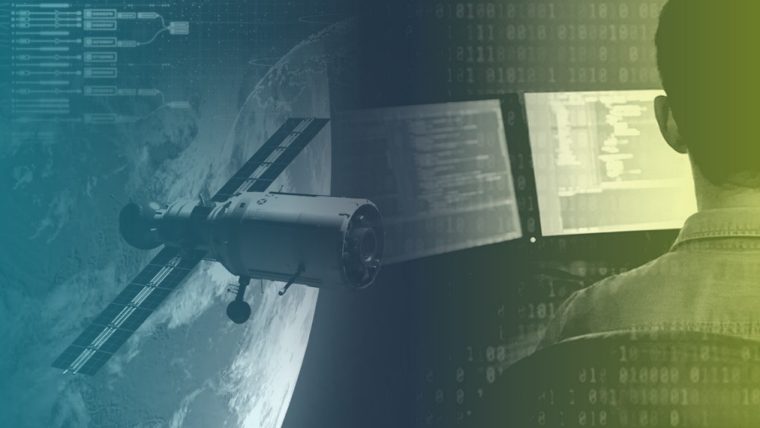 We combine more than 60 years of intel expertise with technical innovation for national security. Read More 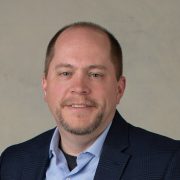 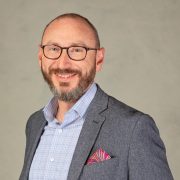