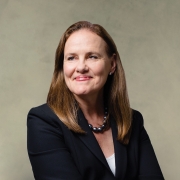 Michèle Flournoy joined Booz Allen’s board in 2018. She is co-founder and managing partner of WestExec Advisors, a strategic advisory firm, and former co-founder and chief executive officer of the bipartisan national security think tank Center for a New American Security (CNAS). Michèle formerly served as the Under Secretary of Defense for Policy from February 2009 to February 2012. She was the principal advisor to the Secretary of Defense in the formulation of national security and defense policy, oversight of military plans and operations, and in National Security Council deliberations.

Michèle serves as chair of the board of directors of Amida Technology Solutions and on the board of directors of Astra Space, Inc., a space-launch products and services company. Michèle is a member of the Council on Foreign Relations, the Aspen Strategy Group, and a non-resident Senior Fellow at Harvard’s Belfer Center for Science and International Affairs. She also serves on the board of Georgia Tech’s Sam Nunn School of International Affairs.

Michèle received a bachelor’s in social studies from Harvard University and a master’s in international relations from Balliol College, Oxford University, where she was a Newton-Tatum scholar.

Michèle is a member of the Compensation, Culture, and People Committee and the chair of the Nominating and Corporate Governance Committee.