The Threat of Hypersonic Weapons 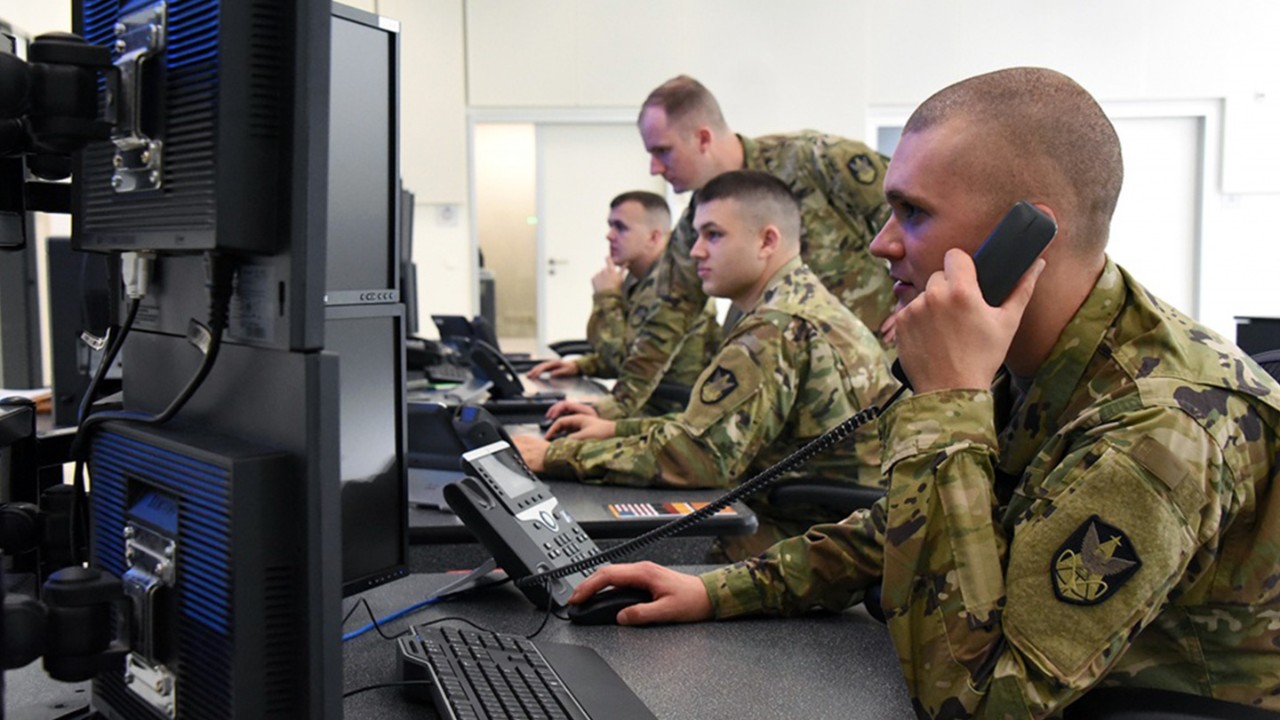 5 things you should know

The U.S. Ballistic Missile Defense System provides a layered defense against both ballistic missiles and cruise missiles using air defense assets. But what about a threat with the attributes of both? Hypersonic weapons—moving far above Mach 5 (five times the speed of sound)—are now in fast-track testing by our adversaries. Here is an overview of this emerging technology.

“Hypersonic weapons use advances in electronic capacity, sensor quality, and miniaturization to create a new threat,” says Trey Obering, Booz Allen executive vice president. As former head of the Missile Defense Agency (MDA), he has a first-hand perspective. “They’re fast and maneuverable. That combination creates a threat that is imperative for the U.S. to address.”

An intercontinental ballistic missile (ICBM) launches and flies at a high altitude on a ballistic trajectory (determined by gravity) until its warhead hits the target at hypersonic speed. ICBMs are a challenge for sensors to track throughout their flight, but these weapons are more predictable than cruise missiles. While a cruise missile flies slower, it can maneuver midflight to evade detection. Hypersonics are a whole new category—hybrid weapons which are high speed and highly maneuverable and can carry nuclear warheads to the target with lethal precision. 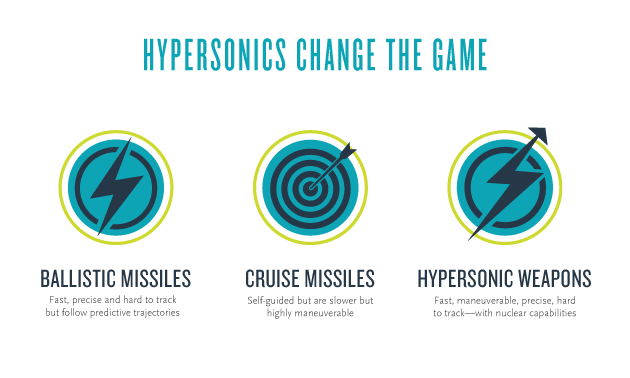 “Hypersonic development is a priority for U. S competitors because of the success of the country’s ballistic missile defense,” says Matthew Hawes, a leader in Booz Allen’s Army Missiles and Space division. “There are flight tests from Russia, China, and other countries that show accelerated progress.”

- Boost-Glide: Launches like a ballistic missile, but glides at hypersonic speeds and retains capabilities that, upon re-entering the atmosphere, enables maneuverability

- Hypersonic cruise missile: Launches from an aircraft and uses a scramjet engine which “turns on” at hypersonic speeds to power the weapon

3. The Department of Defense (DOD) considers hypersonics a major threat.

Defense News magazine reports that Dr. Michael Griffin, DOD’s Under Secretary of Defense for Research and Engineering, says hypersonics are the “highest technical priority” and that the U.S. is moving ahead: “Our adversaries get a vote, and they voted. So, we’re going to see their hand and raise them one, in both offensive and defensive capabilities.” He says hypersonics research and prototyping will show progress “through the 2020s.”

4. The threat can be countered—if the U.S. acts now.

“Hypersonic development changes the strategy of deterrence,” says Matthew. “The answer? America need a well-funded national program to build a comprehensive defensive system coupled with an acquisition process. Once the technologies are in place, they can quickly be fielded.”

“The good news is, we’re technology-rich,” says Trey. “With the right funding, we can turn our discoveries into high-performing systems.”

Defense possibilities range from directed energy or kinetic (traditional) weapon options such as a strike against a hypersonic missile in its boost phase—where it’s slowest and still in the adversary’s territory—to electronic weapons and cyber warfare. Directed energy weapons such as high-powered lasers can also be employed during the missile’s flight.

5. America has done it before. It’s time to do it again.

“The country is back where we were in the early 2000s when we needed to address ICBMs,” says Trey. “We can do it, but the process has to move fast. Booz Allen is helping the MDA and other agencies rapidly organize and prepare to defeat the new threat.”

At Booz Allen’s 2018 Directed Energy Summit in March, the DOD’s Dr. Griffin said partnering with allies is key to today’s defense. He pointed out that uncertainty is the nature of invention: “Everything is impractical until it’s done.”

Complete the form below to receive occasional Directed Energy updates.

Hot topics from the 2018 Directed Energy Summit and what it will take to get directed energy weapons on the battlefield. Read More