Cyber attacks like the global WannaCry outbreak and the million-dollar CoinDash breach made headlines in 2017. How will 2018 be different? We asked our most experienced threat intelligence analysts to compile a threat forecast to watch for in the year ahead. Here are the top emerging trends and predictions

9 ways cybercriminals will make waves in 2018

Tailored to your business, Booz Allen’s Cyber Threat Intelligence service enables better defenses and reduces strategic surprise within your leadership team. You get deep insight into the threats facing your organization, intelligence about the adversary’s tools and tactics, and increased awareness of the specific threats facing the industry at large. Booz Allen Cyber Threat Intelligence blends actionable intelligence into your business and operational priorities to deliver a highly tailored intelligence capability, covering the entire cyber threat landscape. We’re leveraging talent to give you the visibility you need.

2. Targeting Manufacturers through Industrial Control Systems
Manufacturers rely on a variety of industrial control systems to run their complex operations. Attacks on these systems cause extended operational halts to production and physical damage, and can even jeopardize the safety of employees and customers.

3. Attacking Third-Party Software Tools
As more developers rely on "plug and play" software kits and libraries, they are more likely to become the target of attacks. And because third-party software is used in so many different applications, breaches would be hard to patch quickly without service disruptions. 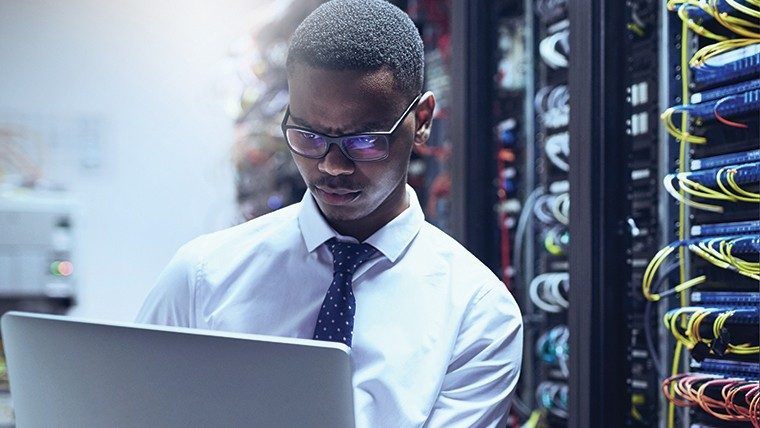 Cybersecurity threats could affect everything from business to geopolitics in 2018. Get the top 9 predictions in our annual threat analysis report. Read More

4. Skirting Sanctions with Cryptocurrencies
The rise of digital currencies like Bitcoin, Monero, and Zcash have opened a window for governments to circumvent sanctions by establishing their own exchanges or coin-shuffling services. With the right technology, nations could siphon off massive amounts of money.

5. Compromising Political Elections
Wide variation in security standards and the high cost of buying new, more secure devices make this a vulnerable target for mischief-makers in the new year.

6. Using Ransomware as a Foreign Policy Tool
With the ability to disrupt the day-to-day activities of major government agencies, ransomware attacks in the healthcare and social security sectors are likely. Countries in South America and South Asia are most likely to be severely affected.

7. Leveraging Hackers-for-Hire
While a deficit of homegrown cyber talent prevented Persian Gulf states from forming offensive forces in the past, a massive injection of capacity in the form of foreign contractors could reshape conflicts in the region.

8. Sowing Institutional Distrusts
As Americans become more aware of misinformation spread online, they have become more skeptical of information sources. Cybercriminals and hacktivists will likely work to take advantage of this social trend stoking the fires of distrust in media outlets.

9. Putting Journalists and their Sources in the Crosshairs
Hackers may work to uncover the identities of sensitive sources in order to extort media outlets for ransom. Breaching media company networks could also provide them with insider information about upcoming negative press before it goes to print.