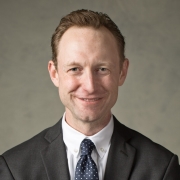 Prior to joining Booz Allen in 2017, Jonah was a senior member of the Corporate Strategy team of The Advisory Board Company where he developed and led the firm’s public sector strategy. From 2009 to 2013, he was senior advisor to the Secretary of Veterans Affairs and executive director of the Department of Veterans Affairs Center for Innovation (VACI). Jonah was named to the federal Senior Executive Service in 2010.

As executive director for VACI, Jonah launched and led the organization from its inception in 2010 with a $65 million annual budget and a mission to develop, test, and evaluate new ways for the nation’s largest integrated healthcare system to reduce costs, increase quality, expand access, and improve the veteran experience. He led a diverse team of technology, healthcare, and procurement experts to build a portfolio of over 120 innovations focused on delivering value for veterans and taxpayers.

As senior advisor, Jonah regularly advised the Secretary and senior leaders on a range of strategy and policy issues regarding VA budget, management, and transformation. Jonah was VA's representative on the steering committee of the White House Business Council.

Prior to his government service, Jonah was managing consultant at IBM Global Business Services and senior fellow at IBM's Global Leadership Initiative. He served as a senior fellow at George Washington University, on the Board of Directors of the Partnership for a Secure America, and as a member of the Task Force on National Laboratory Assets for 21st Century Security.

From 2001 to 2007, Jonah worked at the Center for the Study of the Presidency and Congress. As director of homeland security projects, Jonah led several initiatives which led in part to Homeland Security Presidential Directive 15 and establishment of the U.S. Domestic Nuclear Detection Office. He is currently a member of the Board of Counselors at the Center.

He has testified as an expert witness before congressional committees and has contributed interviews to CNN, The New York Times, Wall Street Journal, Los Angeles Times, and other news outlets. Jonah earned his A.B. in philosophy from Salve Regina University and his M.B.A. from the University of Virginia.