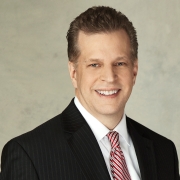 Being an engineer means figuring out how to enhance things—and make them faster, easier. For my clients, that means solutions that boost productivity, improve communication systems, and save crucial minutes in the field. And it means showing them how to innovate during a time of declining budgets.

Bill Schuler is a leader in Booz Allen’s national security business. He and his teams develop mission-essential solutions for multiple federal agencies including the Office of the Director of National Intelligence, the National Geospatial-Intelligence Agency, National Reconnaissance Office, Defense Intelligence Agency, and classified clients.

Previously, Bill led our digital solutions business for defense and security clients. His focus in that role was delivering innovative digital solutions to transform client missions and provide competitive advantage to the nation’s warfighters.

Among his many earlier assignments at the firm, Bill led Booz Allen’s C4ISR business and Army enterprise information technology infrastructure programs. He also led the network architecture design for a Department of Defense next-generation internet protocol-based satellite communications system and the design and standup of Booz Allen’s center for networking and systems innovation.

What prompted you to come to Booz Allen, and what has kept you here for more than 30 years? The opportunity to work on advanced military communications was a major appeal. It’s an engineer’s dream. So, I chose to come because of the interesting work. But what’s kept me here over the years is the people I work with. Number one, I always felt like there was positive peer pressure. I was working with sharp colleagues and didn’t want to let them down. I didn’t want to be the weak link, if you will. And the other thing is I always felt I had great leadership and I trusted the leadership. I’ve had many different jobs here. That challenge is something I have found interesting.

What do you do to keep on top of new technology? You have to have an ear for what clients are looking for. They don’t necessarily explicitly tell you what they’re looking for, but they talk about their challenges, and you have to think what might be out there from a technology perspective to address their challenges. I keep abreast of new technology and work with our strategic innovation experts to tailor specific solutions to meet our clients’ needs. I’m also always reading about what’s happening in the defense field. And finally, the use of labs—part of the reason we created labs at Booz Allen is to experiment with leaning-forward technologies for our clients.

When you’re not at work, what are your driving passions? Bringing my kids up right—I have three. This job can bring a lot of stress, so I go to a boot camp three times a week. For an hour we get yelled at, do all kinds of challenging exercises, and get worn down, but you’re glad you did it. On the weekends, I like to have fun with family and friends boating on the nearby lake, visiting a winery, stopping by a museum or historical landmark, or reading about exponential technologies and how they’ll impact our lives in the future.

What’s your biggest accomplishment to date? As a leader at Booz Allen, I feel privileged to be one of the stewards of a world-class firm and a member of an extraordinary team.