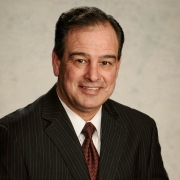 In his previous role at the firm, Robert directed our highest priority capture and proposal engagements as a member of the Business Development Center of Excellence. He has demonstrated experience in structuring and developing business focused on the firm’s most technical engagements across all markets within the U.S. Department of Defense.

Robert serves on the board of Alabama FIRST Robotics in Huntsville, and served as the president of the Madison Youth Football and Cheer nonprofit organization in Madison, Alabama. He also supports Wounded Warrior projects.

Robert has a master’s in business administration from the University of Tennessee, Knoxville, and a master’s in systems engineering from Southeastern Institute of Technology. He attended the U.S. Air Materiel Command School of Engineering and Logistics and has a diploma in maintainability engineering. He also has a bachelor’s in mathematics and engineering physics from Northeastern State University in Tahlequah, Oklahoma.