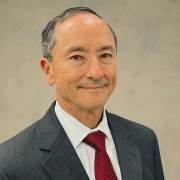 Dave Clary is a key member of Booz Allen’s Indo-Pacific leadership team and directs the firm’s efforts in the Republic of Korea and Australia. Based out of Pyeongtaek, Republic of Korea, he collaborates with defense and national security leaders to develop and execute strategies that deliver cutting-edge warfare solutions.

Since joining Booz Allen in 2010 after retiring from the Air Force as a major general, Dave has supported defense and civil clients in the areas of leadership, operations management, policy development, strategic planning, and program and resource management. Known for his deep expertise in engineering and operations, Dave has advised diverse clients from the North Atlantic Treaty Organization (NATO), National Security Agency, and Joint Staff—to the U.S. Army Training and Doctrine Command, Air Combat Command, F-35 Joint Program Office, and international clients.

Before joining Booz Allen, Dave had a 33-year career as an Air Force officer who flew fighter and attack aircraft early in his career and subsequently commanded at multiple levels, including combat operations. While in the Air Force, he served in senior staff positions at the U.S. Strategic Command, NATO, U.S. Air Force Headquarters, Air Forces Central Command, and Air Combat Command. As a brigadier general, Dave was stationed in Korea, where he commanded the 51st Fighter Wing at Osan Air Base. Dave subsequently completed his Air Force career as a major general and vice commander at Air Combat Command.

Outside of work, Dave has judged FIRST® (For Inspiration and Recognition of Science and Technology) robotics competitions at the local, regional, and world championships levels. He has been active in the Virginia Special Olympics. In addition, he has remained active in the Air Force Association, Association of Naval Aviators, and Project Management Institute.

Dave holds a B.S. in behavioral science from the U.S. Air Force Academy, Colorado, and an M.S. in management from Troy State University, Alabama. He is also certified as a project management professional.