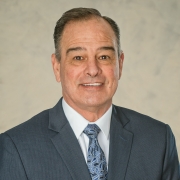 At Booz Allen, I get the opportunity to test and prove myself each day, bringing a sense of duty to change the world. This is especially true for the clients I serve and my community. Booz Allen’s culture of collaboration, diversity, equity, inclusion, and community is the foundation of all our achievements at the personal, team, and corporate levels.

Bob Kincade leads operations for Booz Allen's U.S. Army mission systems engineering and technology from our office in Huntsville, Alabama. He directs work for a number of Army weapons capabilities, including unmanned systems, systems engineering and integration, and human dimension support services. He’s also responsible for U.S. Army Combat Capabilities Development Command Aviation & Missile Center Directorates and Program Executive Offices at Redstone Arsenal, Alabama and has experience in structuring and developing strategic business focused on our largest and most technical engagements across all markets within the Department of Defense.

Bob has more than 30 years of experience with defense aerospace firms involved in research, development, manufacturing, sales, and support of high-technology systems and equipment. In an earlier role with our Business Development team, he directed the firm’s highest priority capture and proposal engagements.

Bob has an M.B.A. from the University of Tennessee, Knoxville, and an M.S. in systems engineering from Southeastern Institute of Technology. He attended the U.S. Army Materiel Command School of Engineering and Logistics and has a diploma in maintainability engineering. He also has a bachelor’s in mathematics and engineering physics from Northeastern State University.

Why are you passionate about your work for Booz Allen directing strategic weapons capabilities for the U.S. Army? I’m passionate about the commitment of the U.S. warfighter and how we can improve every aspect of their mission. I believe that our warfighters deserve the best technology, training, and infrastructure we have to offer. Thinking of them as tactical athletes inspires a fresh perspective on the elite training they deserve and a holistic approach that includes cognitive, physical, health, tactical, and technical domains.

Tell us about something you learned growing up and how it's still relevant to you today. I learned early on from many sports coaches that there’s no substitute for dedication, commitment to a task, and hard work. You should always give a little extra effort to every job you take on to show your pride and commitment to excellence. I’ve found that this same approach works just as well in our professional lives, and I’ve tried to emulate it throughout my career.

What are the three biggest opportunities you’re focused on at Booz Allen? The first is the integration of artificial intelligence and machine learning into warfighters’ training regimes; these technologies can optimize human performance by building and reinforcing patterns of behavior. The second is advancing weapons system development through the integration of virtual, augmented, and mixed reality hardware as a design component of hardware-in-the-loop and software-in-the-loop simulations. The third is improving product lifecycle management and product sustainment evaluations by incorporating digital engineering techniques into existing modeling and simulation environments.

How do you inspire your teams to do excellent work? I fundamentally believe that teamwork is essential and strive to build high-performing teams. By establishing team goals that require collaboration, communication, dedication, and individual accountability, I feel that I can instill purpose and articulate team success. I’m inspired when individuals set aside their personal agendas for the good of the team. That’s when true teamwork starts to emerge, and I know success is forthcoming.